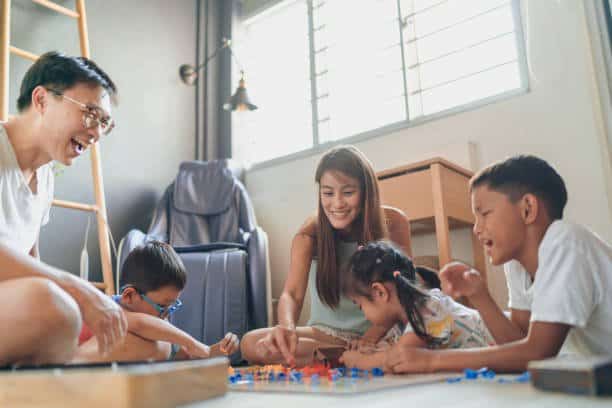 Balderdash is a popular board game that is often played by friends and family. The objective of the game is to score points by guessing how other players will answer questions from a fictitious dictionary. The game can be played with two or more players, and it’s easy to learn how to play balderdash.

Another Interesting Read: The Best Gaming Chair For Back Pain: Top 5

How To Play Balderdash: Game Rules

The Object Of The Game

How does one player do this? They each write a fictitious but plausible answer and give it to the person who asked them. When this person is done, they read out the real answer, as well as all of the fake answers, in random order. Other people have to figure out which answer is right. The points you get on the board are based on how many people think your made-up answer is correct, and how many people think you chose the right answer. It looks simple… and it is!

In the past, Absolute Balderdash was a big hit with people who like to make their board game nights more hectic and party-like. Then you’re likely to like:

Getting Ready To Play

Each player must have a Bluffing Sheet and a pen or pencil with them at all times (from the pad in the box). There is a place for each player to write their name at the top of their Bluff Sheet. To make the spinner, put a piece of string through the hole at its center and put it together. A piece is chosen by each player, and they put it on the START area of the board. Choose the first person to read a card entry together (known as The Dasher).

Taking Part In The Game

First, the Dasher takes the first card from the card box and chooses one of the five dark green question sides. He says which category he’s in and reads the question to the other players, who write it down on their Bluffing Sheets. (Make sure that no one can see the answer on the back of the card. This is important.)

Besides the Dasher, each player then comes up with a response to the question that he thinks will fool the other players and writes it down on his Bluffing Sheet, except for the Dasher. There is no right or wrong way to respond to this question.

According to Dasher’s choice of category, there are different types of responses that need to be made:

As other players write their Bluffing Sheets, the Dasher is writing the real answer (found on the light green answer side) in his own words. This way, when he reads it out, he can hide it from the other players. Then, he puts the card in the back of the card box.

It’s time for the players to hand over their Bluffing Sheets to the Dasher. The Dasher checks to make sure the answers are legible, puts them in random order with the correct one, and then reads them aloud one by one, one at a time. If he needs to, he can go over the answers again. The other players can laugh, but they can’t say which of their answers is theirs. They can’t nudge, wink, or grunt.

In turn, each player chooses the correct answer. It’s the Dasher’s job to write down each player’s initials when they choose an answer. Afterward, the Dasher says what each player was right about:

One point is given for each vote a player gets for their answer.

Each correct answer gives a player one point.

If a player’s Bluff is very similar to the correct answer, two points are given (this does not apply to the Dasher).

If no one can answer the Absolute Balderdash right, the Dasher gets two points.

The Dasher keeps track of how many points each player has.

Players move their pieces around the board in equal parts to the number of points they have. At all times, the players must move in a certain way. You move first if you get a lot of points on that turn. Then, the person on your left moves, and so on until everyone has moved.

To move forward or back, spin the spinner as soon as possible. If you land on a segment with a small white arrow (a Spinner Segment), do this right away. If you land on another segment marked with an arrow, don’t pay attention to it and keep going to the next turn.

After everyone moves their piece and spins the spinner if necessary, the player to the left of the Dasher becomes the new Dasher. This person is the new Dasher. Then, he takes the next card from the deck. It all comes down to where the lead player’s (or players’) piece is at the start of this new turn. That determines which Category will be read.

If the main work is based on? They can choose which of five categories to use for this segment’s turn.

Proceed to the next step in the same way that was shown before. Repeat the process for each new turn.

In this game, the winner is the person who lands on or crosses the START/FINISH part of the board. A player who moves to or through the START/FINISH segment-first even if two other players score enough points to win on the same turn will win. This is how “MOVING” works. This game does not have any ties.

Check Out The Following:

If a player’s answer is very close to the correct answer, the Dasher must put it away and not read it out during the turn.

He gives two points right away to the right person, who then moves ahead of the rest of the answers that are being read. He turns the spinner and moves the piece by the number of spaces on the spinner. (To learn more about the central spinner, see the section above on the central spinner.) After that, the player has to sit out the rest of that turn.

If the Dasher gets more than one answer that is close to the correct answer, the round is over.

Each player gets two points and moves their piece right away if they answer correctly. Spinner Segments move when a player’s piece lands on them. Then, the spinner moves the number of spaces the player moves, and the spinner stops (See CENTRAL SPINNER).

It then comes to the Dasher’s turn again. He picks a new card and reads the new card to the other players.

The Dasher must also give a bluff answer when there are three or fewer players. In this way, the Dasher can bluff and earn more points, but it also gives him more options for responses.

One player takes on the role of Dasher and chooses three cards from the deck to play. The other player chooses two cards to play.

The Dasher then reads a question from one of the categories out loud. Responses from that category are then chosen from each of the three cards and read aloud by a person. The other player has to decide which answer is correct.

In this case, the player gets two points. If the Dasher makes a bad guess, he loses a point.

Balderdash is a fun game that can be enjoyed by people of all ages. It is a great game to play with friends and family. Not only is it entertaining, but it can also help improve your vocabulary. So, next time you are looking for something to do, why not give Balderdash a try? You won’t regret it!

Where Is The Minecraft Museum?
What To Wear To A Museum?
5 Best Geeky Dates Ideas

How To Make Money As A Graphic Designer

What Is The Goal Of Chess?