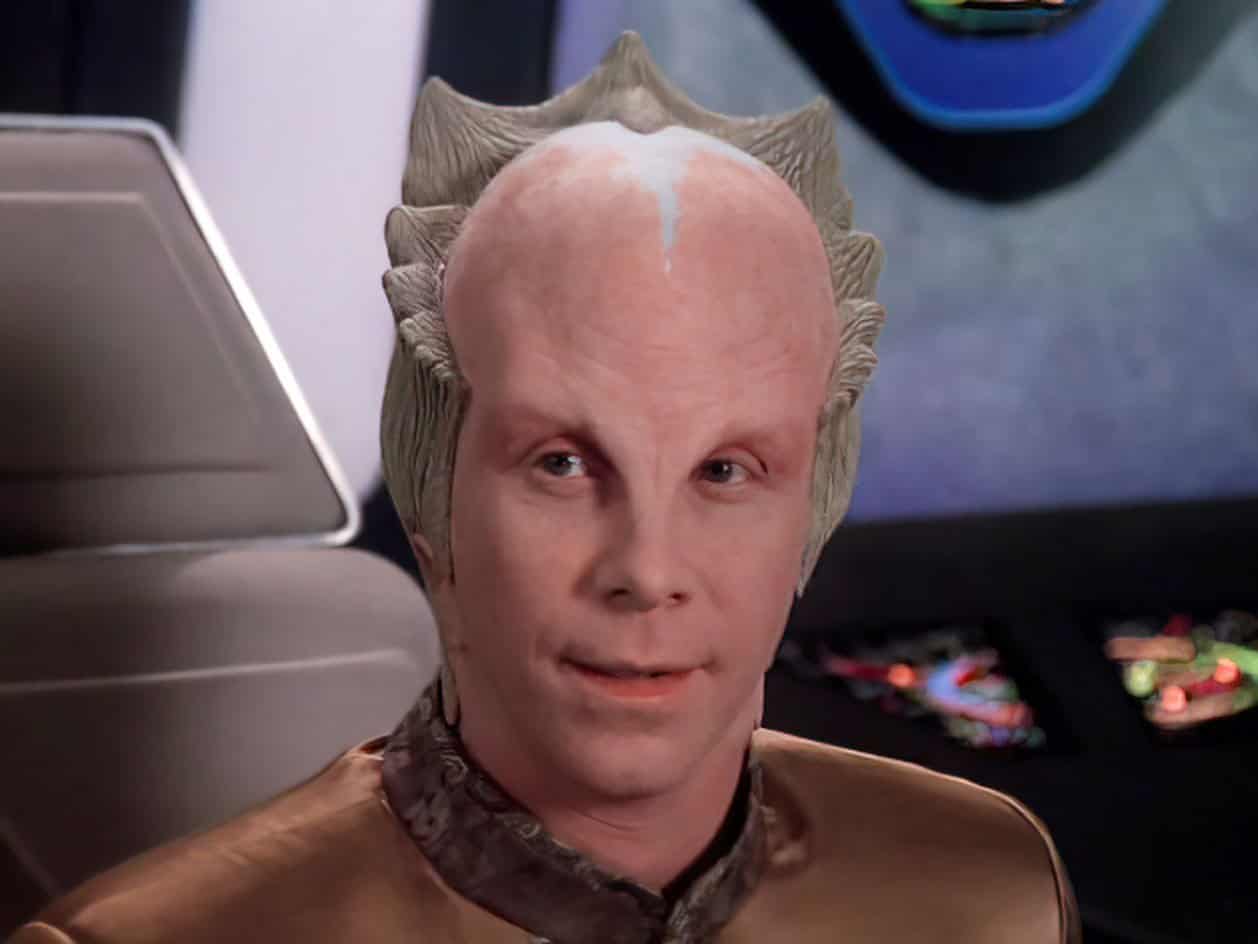 One thing that stands out whenever I remember watching Babylon 5 is the depth of character portrayed in the show. Who can forget the story of Satai Delenn? Who can forget her loyal aide, Lennier, who loved her? I remember that tension of speculating whether or not she reciprocated his feelings. Unfortunately, she did not.

Babylon 5’s Lennier was a character who loved with all his being. The Minbari’s love consumed him and guided his choices. It broke his heart when the object of his affection started dating Sheridan, which drove him to join the Anla’Shok. Before he left Delenn, he told her that he wanted to earn her respect and that he felt he was no longer needed (presumably since a relationship with her was no longer viable.)

He is the type of character that is as rare in television as in reality. Honest and brave, he achieved top honors as a mathematician (which helped him to play poker so well with Londo Mollari) while also being trained in hand-to-hand combat and linguistics. Babylon 5’s Lennier would slot perfectly into any world government, which was only highlighted when he was chosen to sit in for Delenn’s vote on Deathwalker.

He remained loyal to Delenn throughout his time as her aide, acting as her right hand and watching over her during her transformation. He gained her trust steadily over time, even being included in her party when she was to be removed from the Grey Council. It seemed like he wanted to use his loyalty to her to entice her into noticing him as a romantic option.

He became Delenn’s confidante before long, accompanying her and Sheridan to fight the shadow war, contributing his martial arts experience on high-risk missions. He even got injured in the line of duty while saving Ambassador Londo Mollari.

He then took charge of the logistics department, helping organize the flow of resources, weapons, and information to help fight the Shadows. Babylon 5’s Lennier was, above all else, capable. He rose to the occasion repeatedly, putting his life on the line because of his loyalty.

After spending so much time near Delenn and Sheridan during the war, and likely feeling burned out due to his contributions, he decided to join the Anla’Shok. Trying to escape his unrequited love, he trained as a ranger, hardening his emotions and becoming the ideal recruit.

Even as a ranger, Babylon 5’s Lennier was utterly loyal to Delenn, taking on a mission in her request to investigate the shipping lane attacks. Meeting with Delenn seemed to positively affect him, as he then helps a recruit find his place in life.

Lennier disobeyed his orders and nearly died, but he was resourceful enough to figure out who was attacking, exposing their plan to President Sheridan. He returned to guarding Delenn, and just before they thought they would die, Babylon 5’s Lennier confessed his love for Delenn, who said she already knew.

Every character has a weakness. Lennier’s weakness was Delenn. When there was an emergency situation on Whitestar, he sealed Sheridan behind a door in a moment of weakness so he could have Delenn to himself. After a while, his character shone through. He went back to see that Sheridan had escaped.

Feeling ashamed, Lennier left. He sent a letter to Delenn, saying he wouldn’t return until he achieved redemption. It’s not known if he ever reconciled with Delenn, though. Lennier’s story captivates me. He’s a romantic, but he doesn’t get the girl.

Lennier died during the Telepath War in 2265 in an explosion at Psi Corps headquarters. His time with Delenn left a mark on her, though, as she said his name during a toast to absent friends in 2281.

Babylon 5’s Lennier appeals to my inner sadist. He loved Delenn, loved her so much that his love was his undoing. His undying loyalty didn’t let him move on from her, instead leading him to push harder and harder to impress her. He was Icarus, and Delenn was his sun.

3 comments on “Why Was Babylon 5’s Lennier So Captivating?”