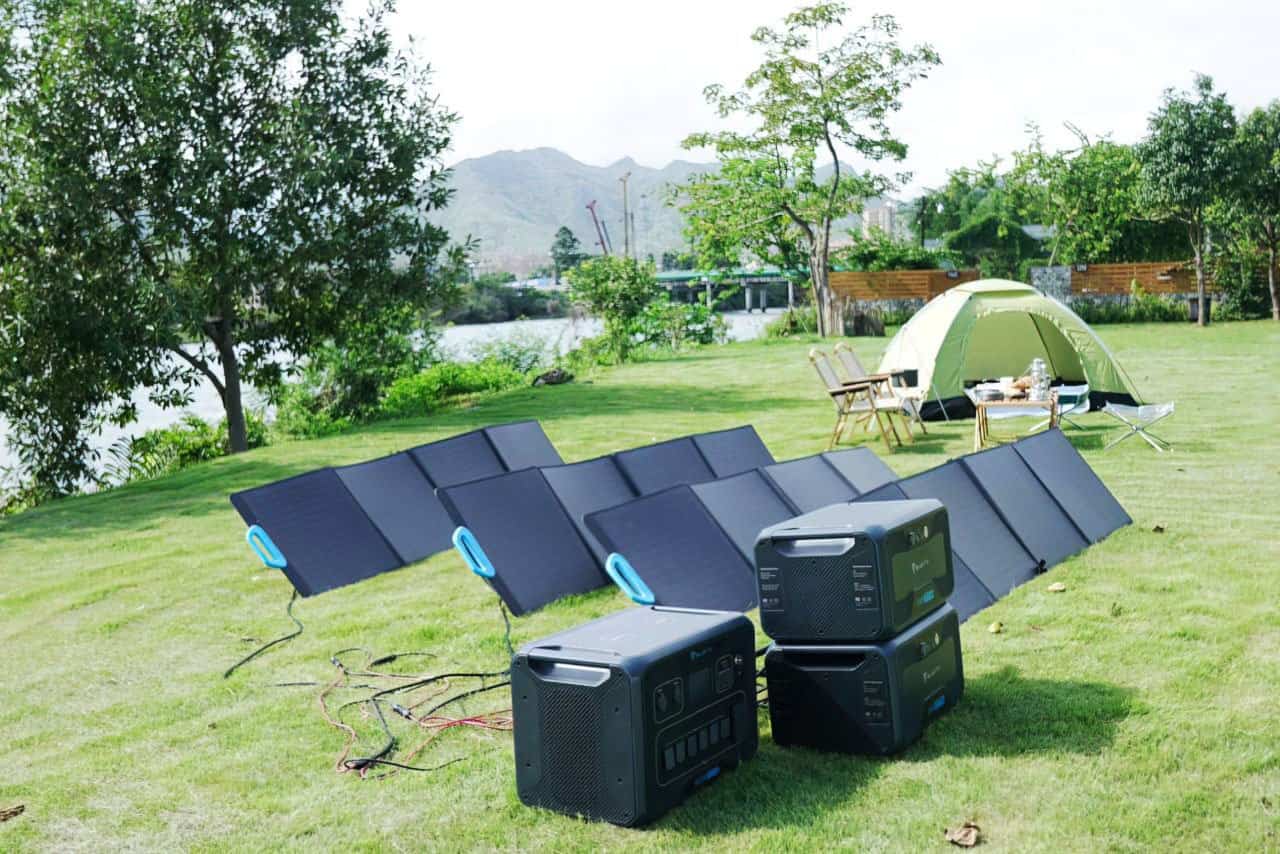 It is pretty nice to leave the stresses of the city behind and head out into nature for days at a time. A good power supply can spell the difference between a good road trip or camping and a botched one. Having your phone at 5% or your emergency weather radio battery on low without any power supply nearby isn’t the best situation to have.

Portable solar panels and grids solve the problem of running short on power during trips. You can stay off the grid or unleash your inner camper without having to worry about losing control of your electronics and stuff.

These solar panels help a lot when you generate power on a few occasions rather than regularly. Portable solar panels are also an excellent way to complement an existing rooftop panel installation, particularly when you have a limited amount of space at your disposal around the perimeter of the roof. It’s also easier to use a portable solar panel in areas with less-than-ideal solar conditions.

SP120s and 200s are popular choices among solar generator users worldwide, and the SP200 system is a personal favorite.

Bluetti has then updated its product lineup for the fall with two new additions- the PV120 and PV200. They are also available alongside the brand’s new AC300 and AC200MAX power stations.

We’re all excited, so let’s check them out today and find out how they are comparable to their predecessors.

The PV series has an integrated handle made from blue ABS material and a smaller logo, adding to the more modish design. In contrast, the SP series has black rubber handles and a much more eye-catching “BLUETTI” logo on the end of each panel.

The PV series features a one-piece waterproof coating design that encapsulates all solar cells, while the panels on the SP series are stitched together on one giant raw canvas.

No more metal rings (used to hang the panels with hooks or rope) for the PV series, though, compared to the SP series.

The kickstand of the PV series features a snap fastener design that allows the solar panel to be adjusted at an angle.

Despite the similar dimensions of the PV and SP series, the PV panels are slightly heavier (by *2 pounds) due to their advanced waterproof coating.

Shade is critical to a solar panel’s performance. If one part of a panel is partially shaded, performance is greatly affected. With Bluetti’s SP200, we have experiences that a 10% shading results in 40% power loss for the whole solar array. Other brands also experience more or less the same.

The upgrade in Bluetti’s new PV panels prevents this incredible loss, though. Changing the connection of the solar battery cells from series to parallel means that only the shaded part will decrease in efficiency, not the whole grid anymore. Each circuit on the panel can individually run with the effect of the shading at a minimum.

Environmental obstructions such as trees or nearby buildings, clouds, self-shading between parallel rows of panels, dirt, dust, and various other trash such as bird droppings will significantly reduce the efficiency of solar panels. With Bluetti PV120 and PV200, this will not be much of a problem.

It’s only a week until the AC300 Debut Sale ends at 7:00 pm PDT on September 30th! Grab your discount while it lasts: https://www.bluettipower.com/pages/ac300debutsale

The Story Behind the Iconic Stranger Things Posters