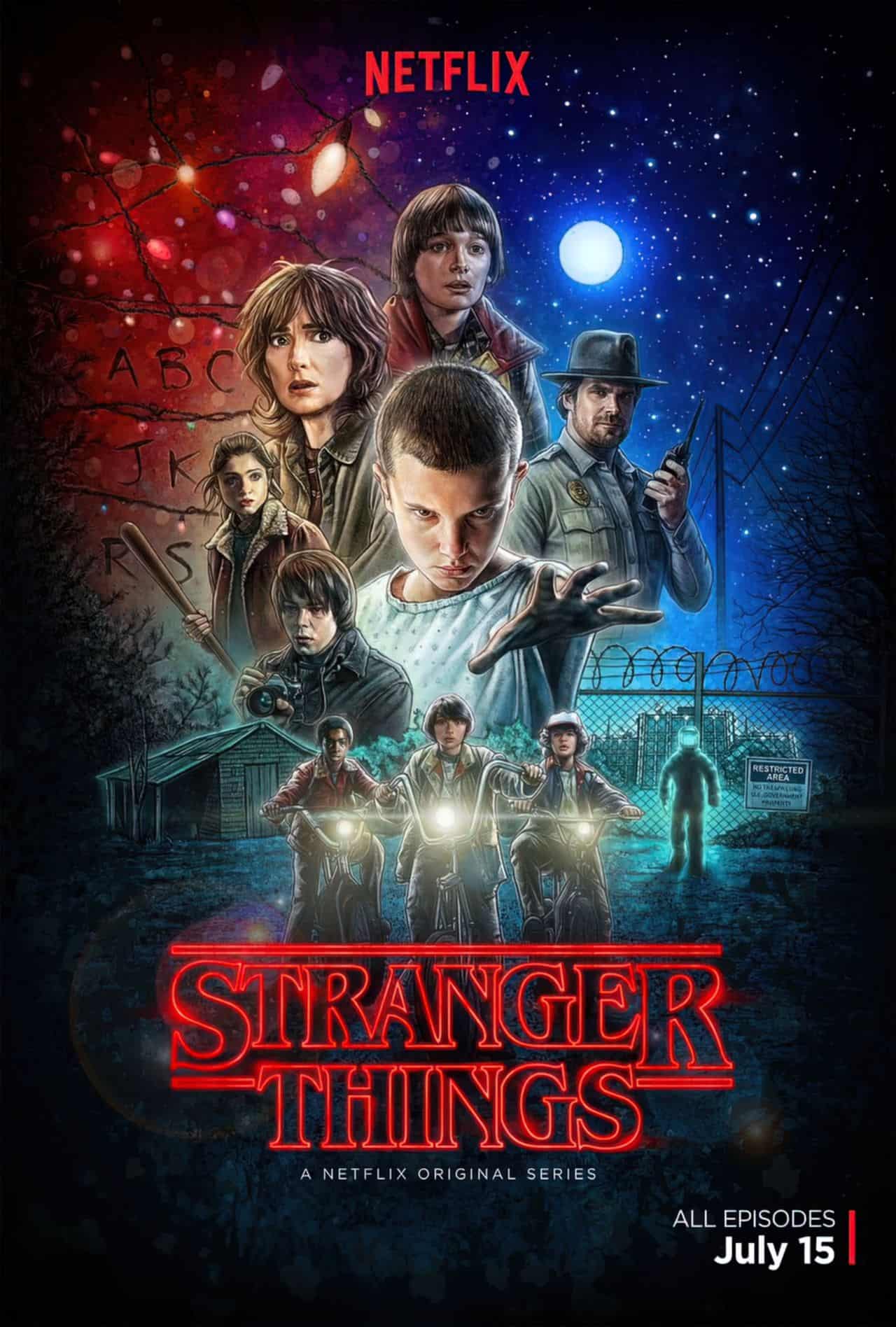 Stranger Things is undoubtedly a cultural phenomenon, as evidenced by their huge community of fans. The series is still going strong; it has already been piqued by Netflix for a fourth season.

It follows the story of a group of young friends in Reagan-era Indiana who bear witness to a series of extraordinary events. While searching for answers, they uncover several fascinating mysteries, growing as people and getting closer as friends in the process.

Every single poster on this site bears a callback to the good old days of the 80s, a focus that fans of the show should find very familiar. The art style of the posters is also in keeping with the show’s theme, heavy on red and black and people in cool poses. All things considered, I don’t think I’d mind one of these Stranger Things posters, if I were into the show or of course, its official merchandise.

Another place in which the posters mirror the show is in the mostly blind eye it turns towards the state of women’s rights during the Reagan Era. There are several posters with messages like “Girl Power” or “Girls Rule”, messages that probably wouldn’t have gone down well at the time. I guess it’s because the show is tailored towards a modern audience, but if Netflix couldn’t address the issue in Stranger Things, poster art could have sufficed.

If you are able to look past those feminist gripes though, this is one exceptionally curated and designed poster collection. The show is cool enough that any Stranger Things poster with effort put into it inherits that cool factor, but these look very good, even for Stranger Things posters.

While I don’t know enough about the nuances of Stranger Things poster collection to recommend or criticize these posters based on any previous ones, they are very well priced at $8 for a 22×34 sized poster, so any potential buyers are unlikely to lose significant sums of money if the posters turn out to be subpar.

Here’s my verdict on the Stranger Things posters…

With these posters, Stranger Things and Netflix created a special thing. For maybe the first time, they made a decision to trap nostalgia for themselves, to remain memorable to their viewers even after the show ends. I get it, and they will probably achieve their goal if they continue supplying fans with quality merchandise like these posters.

I like the idea of owning one of these Stranger Things posters personally, but you shouldn’t base a buying decision off just what a writer online tells you. My advice is that you buy only posters that you’re interested in and that you can afford.

If you need something to spice up your room decorations and are a fan of Stranger Things, posters might be your preferred way to express that. It goes without saying that someone who doesn’t like the show or that can’t afford the price should probably not buy these.

26 comments on “The Story Behind the Iconic Stranger Things Posters”