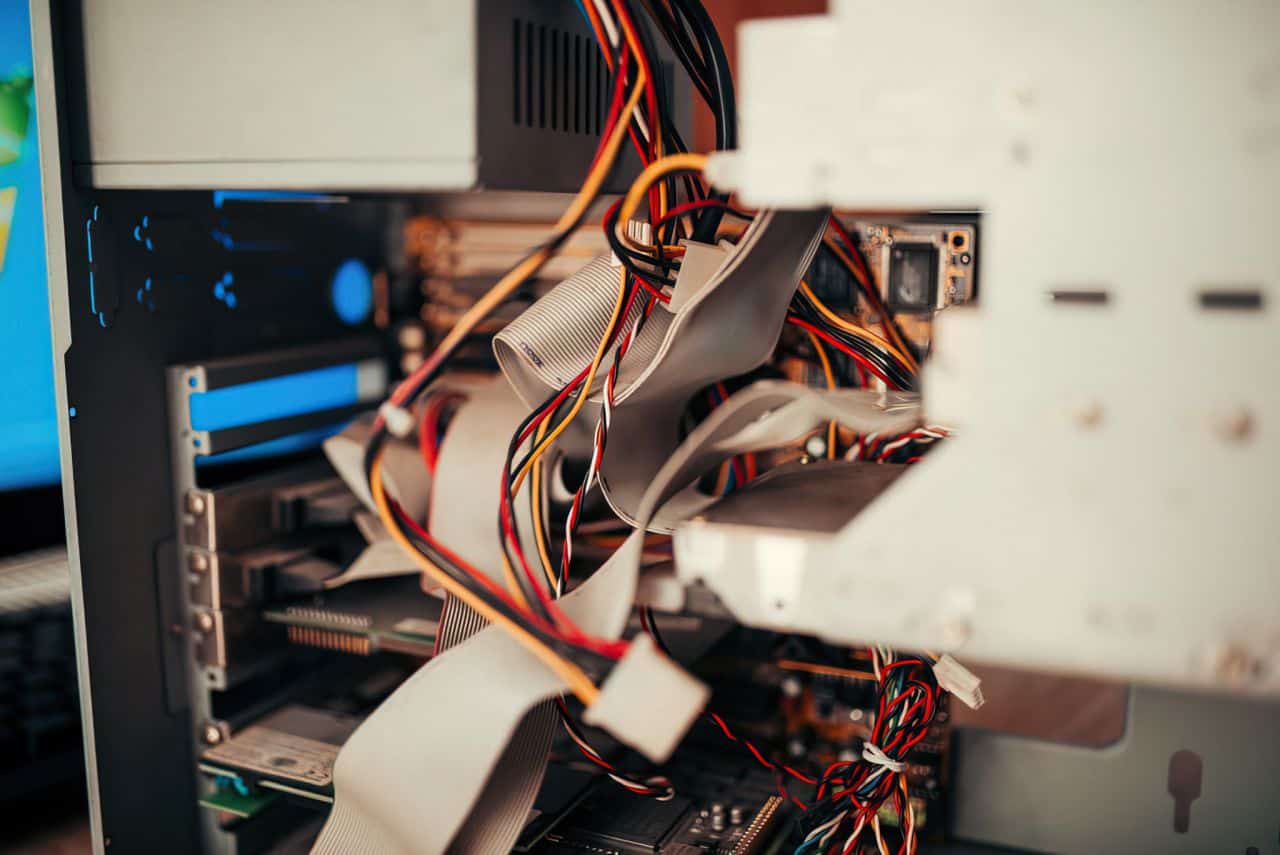 There’s something about the broken, discarded computer that has always intrigued me. The fact that it was thrown away so carelessly by its previous owner inspires me to take a look at what I can do with it- and maybe I could find a way to make this old thing work again. This is my story of refurbishing computers in the digital age and how one broken machine led me on a journey to find my true calling.

I decided to take a few minutes and see if it was worth the time to fix. It didn’t look like much, but I figured that someone who needed help might not be able to afford anything else. Besides, what would happen if something actually worked? The computer could have some hidden value!

So what could I do to make this old, broken computer valuable again?

I started with the power supply, which was broken and had an exposed wire. I took it apart and replaced all of its components. It looked a little better than when I began! Next up: the hard drive- those are usually expensive to fix so this one would be great if it worked. The problem is that something was stuck in the power connector. Thankfully, that cable is inexpensive and easy to replace. I put in a new power cable and the hard drive booted up!

The broken computer had one last hurdle: the video card. That’s something that would be expensive to replace. I got out my soldering iron and repaired it using some spare parts from another old computer (with a working video card). It finally worked like new! The problem was that the heatsink wasn’t attached correctly, which meant that the video card overheated quickly, causing the video card to shut down.

I fixed it by using some thermal paste, which is a substance that fills in the tiny cracks between the heatsink and CPU to help conduct heat away from them. The computer was finally whole again!

As I started putting everything back together, something caught my eye- an old piece of electrical tape on one of the wires running out of the power supply. What was going on there?

I took the tape off and saw that it was covering a small tear in the wire. I replaced this part as well, feeling guilty for causing such damage to an old computer when all I wanted was one of its parts. But at least now my broken computer is up-and-running again!

But what if my broken computer hadn’t started up? What could I have done with it then?

I would have stripped the case and turned it into a desk lamp. I could also use the broken pieces of plastic to make beads for jewelry, or cut them up to make custom Lego figures! And if I really wanted something new from my old computer, then I could sell its parts on eBay. There are lots of ways that people can take something that no longer works and turn it into something useful. You just need to get creative!

What is Ghost Audio? The Urban Dictionary is Wrong…

5 Ways to Create More Free Time in Your Life