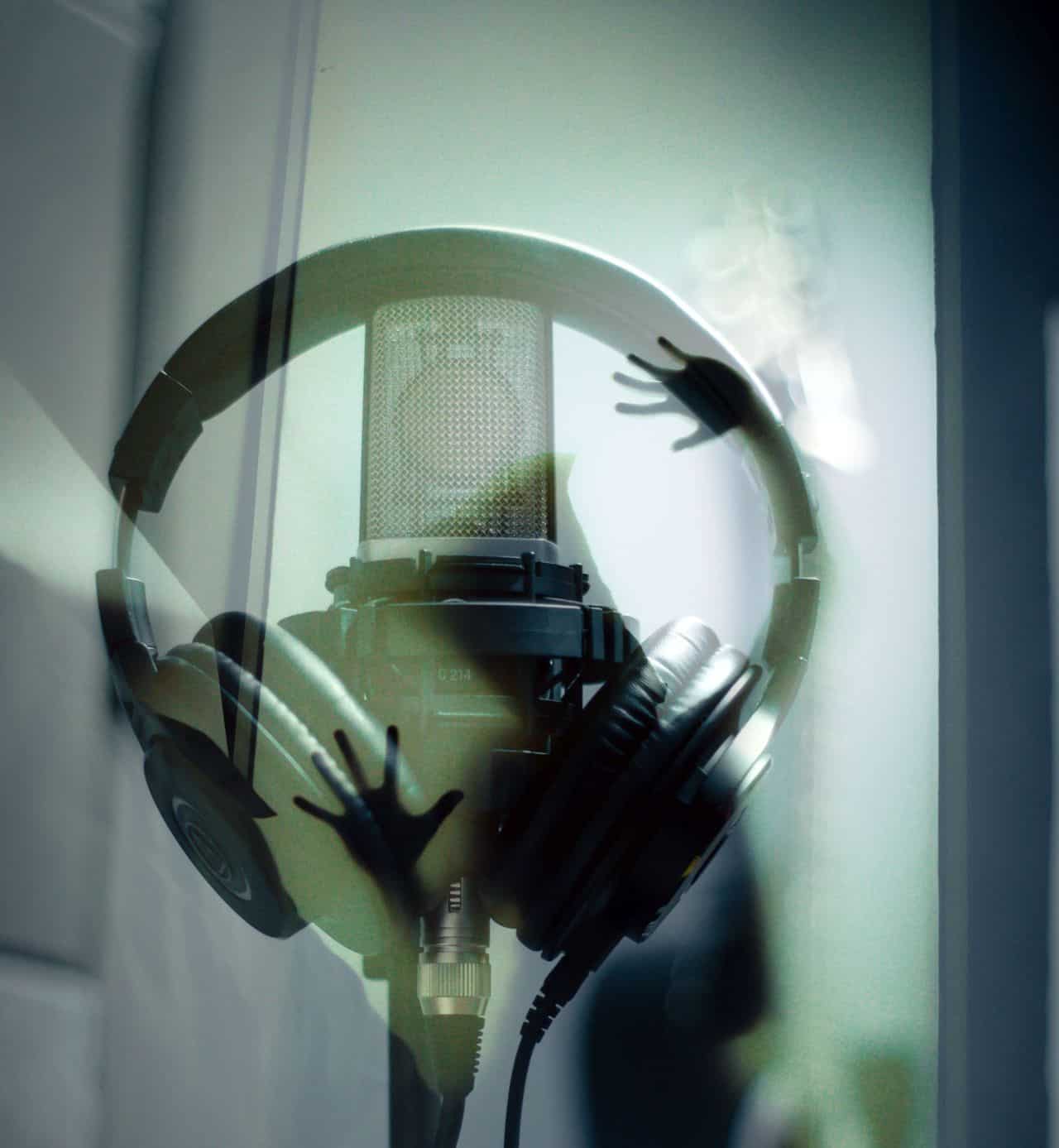 If you’re wondering what ghost audio is, then the answers you’ve found so far probably weren’t satisfactory. Technically, it’s considered a phenomenon where there’s interference across a broadcasted audio channel – for example a ghostly noise while you’re listening to your Bluetooth headphones near a running microwave – but personally, I think there are darker forces at work than meet the eye.

So if you’ve heard or felt something and are still wondering what ghost audio is, then read on to see my definition based on a few very unusual experiences I’ve had over the years, starting in my teenage years.

What is Ghost Audio, Really?

I’m going to get a little bit technical here, so if these parts don’t interest you, feel free to skip ahead to my personal story. You won’t have missed much, but having the technical background on the ghost audio phenomenon can be useful if you’re trying to dig a little deeper and understand the “ground truth” of this bizarre phenomenon.

In short, I believe that ghost audio is essentially gluons interacting with quantum particles across a muon plane. This may sound obvious and straightforward, but given how little credible material I’ve seen written on this topic, I suspect this fact is lost on the average person. Hopefully this article helps to dispel some of the confusion.

With the basics out of the way, let me tell you about a series of experiences I’ve had starting in my early teens and continuing through to present day. This is the first time I’ve written about them publicly.

Ghost in the Lines

When I turned 13, my parents were generous enough to buy me my first pair of headphones. I could finally listen to Celine Dion and various marching band tunes in the privacy of my own head without driving my parents completely crazy with the “awful noises”, as they described them.

Everything was great for a few months, until one night while I was listening Think Twice, I heard a sound that I will never forget. It’s a little bit difficult to describe, but it sounded a little bit like a baby crying, but not. More like a baby that was made out of pure quantum energy, which is obviously possible, but not on our lower plane of existence.

This sort of “wah… wah… wah” sound, slowly snapping into focus, followed by what sounded a little bit like a parent saying, “please, stop trying… what do you want? Please, just tell me what you want!”

I think the reason this left such a mark on me is because the astral entity speaking to the other creature was filled with such sadness and despair, I could just feeling it radiating through my headphones. Like their pain and suffering was eternal, without end.

Unfortunately, this kind of phenomena never ended. I thought it was a trick of the light, so to speak, my tired mind filling in the gaps out of boredom, spending so much time in my room. But that wasn’t the case, and even to this day I hear these otherworldly noises emanating from my headphones in busy apartment complexes. Sometimes it’s the haunting child-like sounds of tiny creatures expressing their rage, and other times it’s the thud-thud-thud of heavy objects colliding, followed by sounds of ecstasy.

Though I haven’t yet found the source, I’ve made it my life’s mission to do so. One day, one day…

The Broken Computer That Changed My Life: Refurbishing In The Digital Age