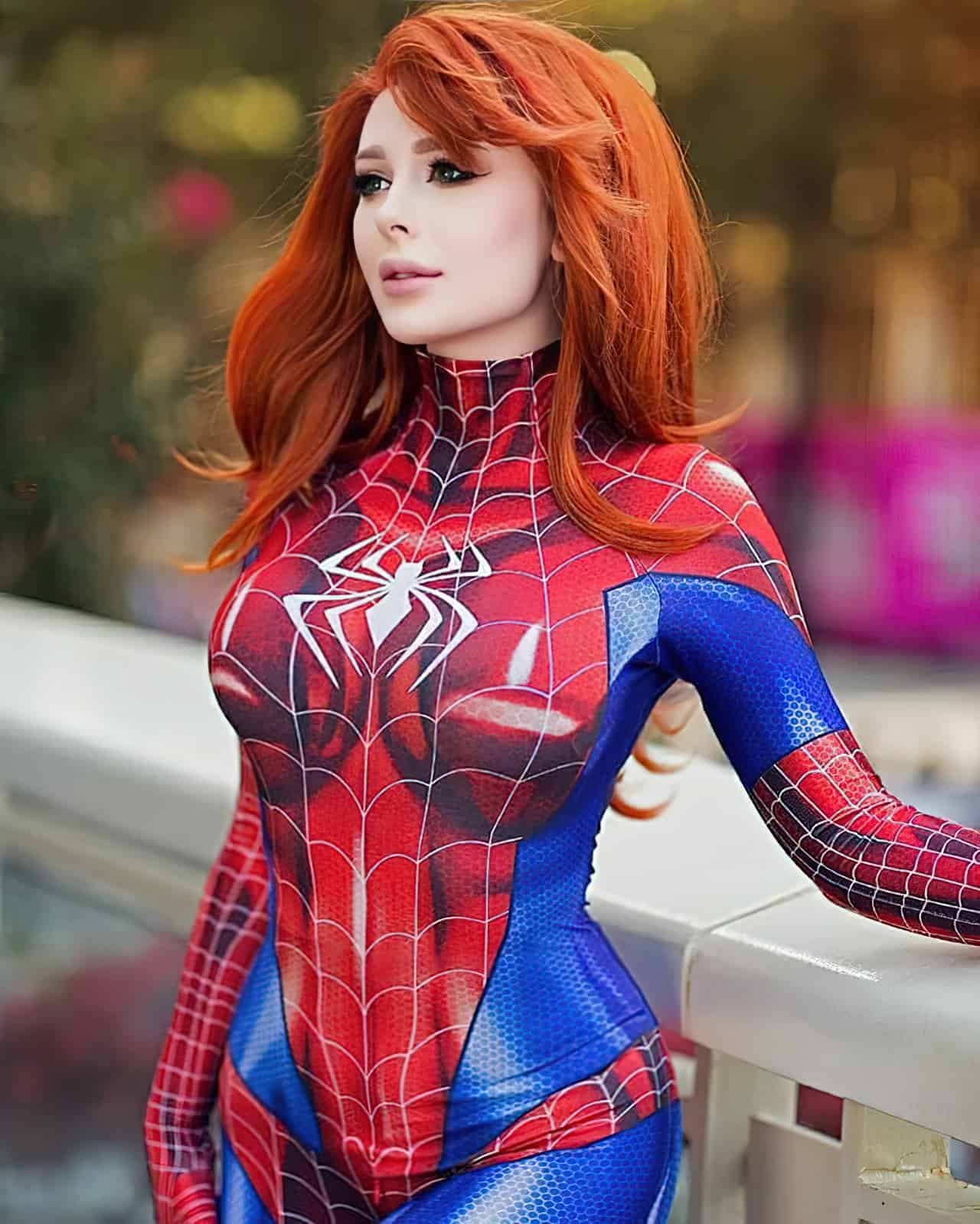 Jenna Lynn Meowri is a famous cosplayer and Instagram star who has over 1.7 million followers on the social media platform. She has become well-known for her stunning cosplay work, which often features intricate costumes and makeup designs. In addition to her cosplay work, Jenna also posts lifestyle and fitness content to her Instagram account, where she’s known as an ultra-fit content creator with killer abs. Just wait until you see her 6-pack in the photos below…

You’re probably here to learn more about her and see some of her photos. So I’m happy to report that I’ve collected the best pictures of Jenna Lynn Meowri that I could find on social media, as well as a few basic details about her and her life.

Here’s what I know about Meowri based on my research

She’s a very private person when it comes to details of her life, but here’s what I’ve been able to dig up so far:

But the truth is that details could be completely made up. For example, every reference I could find to her age was completely different. According to everyone else, she was either born in 1992 or 1997. That’s a pretty wide gap, which leads me to believe they’re probably not accurate. The same goes for her alleged net worth.

I also couldn’t find much of anything about her family history either, aside from a few basics claiming that she’s a mix of Dutch and Chinese. What do you think? Does that sound right to you?

Hopefully, she’ll agree to an interview with me at some point so that I can populate this article will 100% accurate information about her.

Here are some of my favorite photos of Meowri

No particular order here, I just happen to like all of these photos a lot. Be sure to follow her on Instagram if you’re into cosplay girls.

Find more on her social media pages, including Instagram

That’s all the information I have for now, but I’ll be sure to update this article if any new details or photos come to light. And if you have any information to share, please let me know in the comments.

A Student’s Guide to Eating Well

1 thought on “Jenna Lynn Meowri: Come for Her Instagram Photos, Stay for Her Biography”