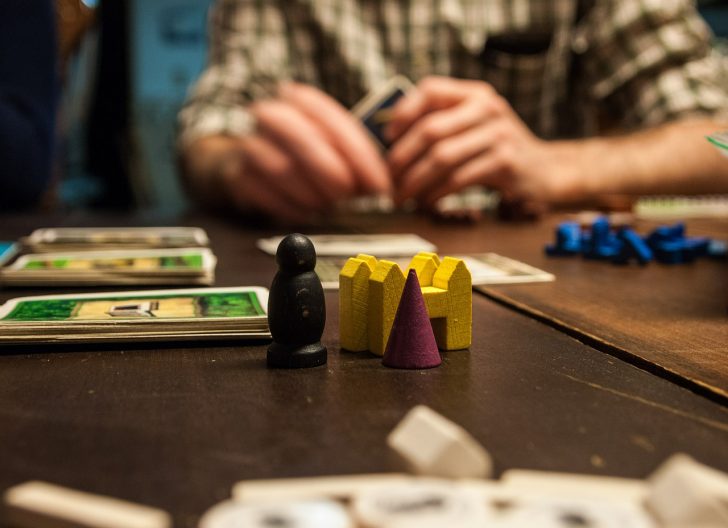 How to Shake Up Your Board Game Night

A board game night is a fantastic way of getting together with friends, and scratching that competitive itch while you’re at it. After a while, however, board game nights can start to get stale. You end up pulling the same games off the shelf, sitting at the same table and getting in the same arguments.

Don’t succumb to the board game boredom. Keep things fresh at your next games night with friends by enacting a few new features. You can keep the spirit of games night in tact – the social and competitive elements that everyone loves – while tweaking a few of the particulars.

That’s exactly what this article is for: here are a few, easy ways that you and your friends can shake up this week’s games night, and every games night going forward!

Raise the Stakes With a Friendly Bet

Do you ever ask yourself: what exactly are you playing for? Sure, you can play for bragging rights, but bragging rights get boring after a while. A simple way to spice things up is to raise the stakes with a bet.

It certainly doesn’t have to be a monetary bet. No money needs to be thrown down on the table. Instead, you can bet non-concrete things, like services or favors. These might include:

These are simple, fun ways to up the ante without having to pony up cash or change the structure of your games night.

Ditch the Board and Pick Up an Axe

There’s nothing in the rulebook that says your games night needs to be confined to table games. You’ve tried Scrabble, you’ve played the Settlers of Catan and Risk, but this games night why not join an axe throwing league near you and leave the table behind?

Axe throwing is the perfect activity for shaking up a games night because it requires no prior skill (event bookings begin with a tutorial and practice session) and it’s accessible to everyone. It’s neither laborious nor complex, and yet it’s every bit as fun – maybe more – than a rousing game of Monopoly or Codenames.

Visit a Board Game Bar

When you finish axe throwing, if you’re still hankering for a sit-down game experience, head to a board game bar. In most bigger cities, you can throw a stick at the closest board game bar or café, and they can be a fine way of preserving the structure of a games night while shaking up the locale.

As a bonus, they often stock games you don’t have. It’s tough (and expensive) to own every great game out there, but it’s a small operating cost for a bar specializing in board games.

Other than that, try imposing a theme on games night. If you’re going axe throwing, make it a lumberjack theme. If you’re playing Codenames, make it a spy-themed board game night. You don’t have to reinvent the wheel just to keep your games night fresh – you just need a little imagination.

Originally published on December 2, 2019 in Gaming