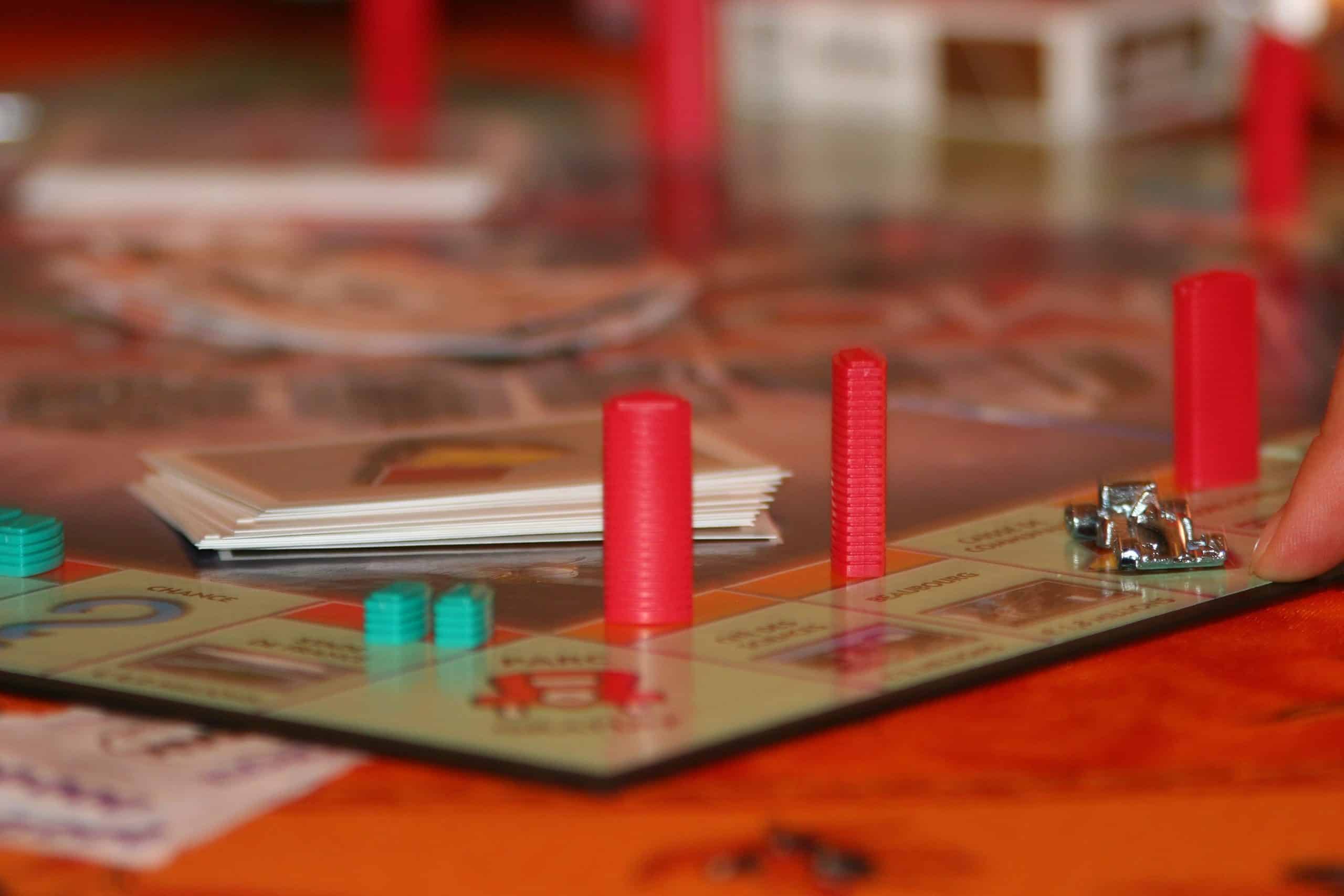 Do you know what does free parking mean in monopoly? It’s a term used frequently in the game, but what does it mean? This blog post will discuss free parking and how to get it in the Monopoly board game. We will also talk about some of the other rules and regulations associated with this classic board game! As defined in the official Monopoly rules, the Free Parking space is simply a location to linger for a round while nothing happens, good or bad. That hasn’t prevented players from inventing house rules that alter the value of landing on this space.

Another Interesting Read: What Does IP Stand For In Gaming?

Monopoly is a board game that originated in the United States in 1903. It is now sold by Hasbro. The game consists of a board with squares, colored properties, Chance and Community Chest cards, tokens, play money, and dice. Players take turns in order to move their tokens around the board, buy or auction properties, pay rent on owned property and draw chance or community chest cards. The game aims to become the wealthiest player by eliminating all other players by driving them into bankruptcy.

Monopoly Board Game- what does free parking mean?

The Free Parking space is one of the most critical spaces on the Monopoly board. It’s a safe place where players can park their cars without worrying about being towed or getting a ticket. However, many people don’t know that there is no such thing as “free parking” in Monopoly. The Free Parking space is simply a location to linger for a round while nothing happens, good or bad. That hasn’t prevented players from inventing house rules that alter the value of landing on this space.

No matter what version of Monopoly you are playing, one thing is for sure: Landing on Free Parking is always a relief! After all, who doesn’t love free parking?

What Does Free Parking Mean In Monopoly? -OFFICIAL RULES

According to official monopoly rules, the player doesn’t get any rewards by landing on free parking.

However, many people believe that the Free Parking space should be more valuable than it is. After all, it’s one of the few spaces on the board where players can rest assured that they won’t have to pay anything.

Here are six different ways that you can make the Free Parking space more valuable in your game of Monopoly:

-Collect all fines and taxes in a pot and award the money to the player who lands on Free Parking.

-Award a prize to the player who lands on Free Parking. This could be a piece of candy, a toy, or even a real prize if you’re feeling generous!

-Double the rent of any property that is landed on for the rest of the game.

-Make all players pay a fine whenever they land on Free Parking.

-Make all players pay double rent whenever they land on any space for the rest of the game.

Which of these Monopoly Free Parking house rules do you like the best? Do you have any other ideas for making this space more valuable? Let us know in the comments below! And remember, when it comes to Monopoly, there is no such thing as free parking!

Monopoly rules include the following:

-The player must choose a token to represent them for the game’s duration. The player then places their token on the Go space.

-The player then rolls two dice and moves their token around the board according to the number rolled. If they land on a Chance or Community Chest space, they draw a card and follow the instructions.

-Players can also buy houses and hotels to put on their properties in order to increase the rent that other players must pay.

-The game is won by eliminating all other players by driving them into bankruptcy or by being the player with the most money when the game ends.

-You can get out of jail by using cards.

There are many different variations of Monopoly, so be sure to check the rules before you start playing!

Other Popular Board Games

Other popular board games include:

-Candyland: A board game for younger children where players move their pieces around the board according to the colors of the spaces.

-Chutes and Ladders: A board game for younger children where players move their pieces up or down according to the number rolled on a die.

-Clue: A mystery board game where players move around the board, collecting clues and trying to solve a murder.

-Life: A board game where players move their pieces around a track, making choices that will affect their lives.

-Scrabble: A board game where players use letter tiles to make words on a board.

-Twister: A game where players attempt to contort their bodies into different positions without falling over.

Do you have a favorite board game? Let us know in the comments below! And happy gaming!

This blog post discusses what free parking is and how to get it in the Monopoly board game. The use of free parking in Monopoly has a polarizing effect. There are conflicting viewpoints and opinions on Free Parking in Monopoly. According to official rules, Free Parking is just another landing spot where players are not required to do anything. On the other hand, some house regulations utilize the space as a prize money distribution station.

When Can You Buy Houses In Monopoly?