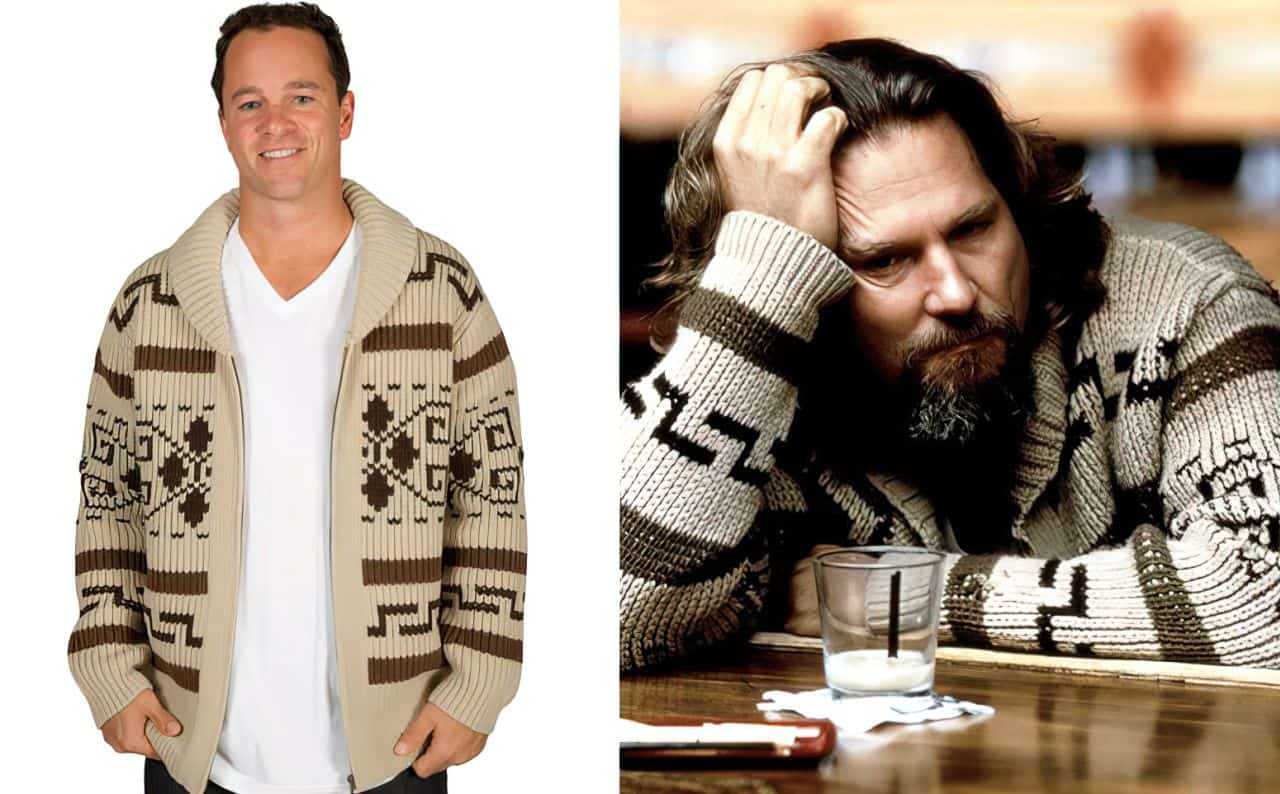 The Coen brothers’ film that was released in 1998, titled The Big Lebowski, quietly became a cult favorite due to the stunning visuals and sharp dialogue within. While the original Big Lebowski sweater is unavailable for purchase, you can still look like the Dude by rocking one of these near perfect replicas. And that’s exactly what I did on my trip to Los Angeles last year.

The Dude in Los Angeles

As a tourist, you usually go to learn more about the place, take pictures, make experiences, and all that stuff. In this case, I thought I’d make a bold move of showing that I already knew my fair share of knowledge in regards to the City of Angels, and its nice folks. This was easily done by wearing the Big Lebowski sweater on my shoulders throughout, and even on the plane over there from London. Still never been to France, though.

After seeing Los Angeles, and this here story I’m about to unfold, well, I guess I’ve worn something every bit as stupefying as you can see in any of those other places. This didn’t take place back in the early ‘90s, but it sure could have fit that aroma because of the snatched look that I had going on, defined by this Big Lebowski sweater.

See, when you look like Jeff Bridges from over two decades ago, you start to walk like him. Talk like him. I could feel a raspy southern accent going on before I had even accepted that it’s what I was doing. I let the beard grow out (totally not because I forgot to bring shaving cream and didn’t have time to pick some up), the hair grew an inch longer, and maybe I even let on a little tummy weight.

I had gone full 1998, all in the name of prosperity for this trip. It did help me look less tourist-y and more homeless, so in some areas I fit right in. The areas without homes, specifically. That’s the Dude, in Los Angeles, housebroken.

One of the highlights of the visit was my visit to the Abalone Cove Nature Reserve in Palos Verdes. Not many tourists know about it, so it can be quite lonesome. Plus, the first 30 minutes are free, and sometimes it’s a ‘nude beach’ so that alone made it worth the trip. It was a cold day, so having a Big Lebowski sweater on made me feel like I brought it for more than just a show.

The show itself was something I came across along one of the nature trails. There I was, happily strolling alone, drinking a carton of milk, when I heard some panting and rustling in the bushes. Some locals – or perhaps tourists; I didn’t stop to ask – were extending the nude beach into a nude nature reserve, and found some very primal instincts within said nature. The dude and the Dude locked eyes from across the bushline, and perhaps he would have stopped had he not noticed my almost camouflaging Big Lebowski sweater blending in with the landscape.

I’m not much of a golfer, but in true ‘90s fashion, I headed downtown to Lucky Strike Live, which has a bar repurposed from Lane #7 of Hollywood Star Lanes, which is where The Big Lebowski was filmed. I came to reminisce, and also to play a weird version of golf which did not involve clubs. It would help if I was any good at golfing, but I’m not, so I just muttered, “that’s a hole in one” every time I only managed to hit one out of ten pins.

I sported the Big Lebowski sweater on my golfing trip, the day before heading home. Just like I did for the rest of the holiday, for a true LA experience. In fact, ripping one of the threads on the bottom of the sweater is actually what helped me score my one and only strike during the trip. Perhaps I’m just careless. However at least it’s better than having my rug peed on, which couldn’t happen anyway since it wouldn’t fit in my luggage.

Annoyatron: The Holy Grail of Pranks