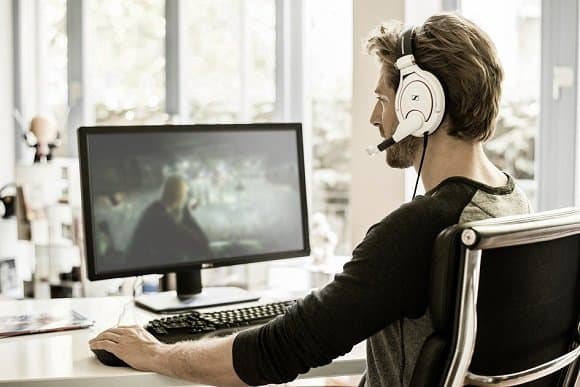 The video gaming industry is one of the fastest growing and one of the biggest industries in the world, currently worth about $195 billion globally and expected to be worth about $220 billion in 2023. One of the reasons why video games are so popular is because the characters are often relatable, and it’s impossible to love the characters without loving the voice-over actors that bring them to life. The voice-over industry is also fast-growing, and there are many sites where you can find the best voice-overs. However, this article will look at some of the best video game voice-overs of all time and give some information about the voice actors that made the characters come to life.

Mark Hamill is the first voice-over on this list by one of the industry’s most legendary actors and voice actors. Mark Hamill provides the voice for Joker in the Batman Arkham games, but he is no stranger to the role of Joker. He has voiced the character for five episodes of the Justice League, three episodes of Superman: The Animated Series, and more. Many people also know Mark Hamill from his iconic performance as Luke Skywalker in the Star Wars franchise.

One of the more difficult things to do as a voice actor is to portray a badass, emotionless personality yet let the audience develop an emotional connection with the character. This is precisely what David Hayter did when he voiced the iconic Solid Snake from the Metal Gear Solid video game series. Did you know that one of the earliest games that actually used voice actors was Metal Gear Solid? Besides being a voice actor, David Hayter was a writer for X2: X-Men United and Watchmen.

If we are talking about some of the most iconic characters in video game history, there cannot be a list without mentioning Master Chief. Even though Master Chief doesn’t get that much dialogue in the video games, Steve Downes does a fantastic job. One thing that makes Steve Downes’s performance so great is the delivery of his lines, which is perfect for a character like Master Chief. Steve Downes voiced Master Chief from 2001 until 2021.

This list already contains one character from the Batman universe, Joker, and it would be impossible, not to mention the second part of the duo; the voice of Harley Quinn, Tara Strong. Tara Strong did a fantastic job voicing the iconic character Harley Quinn, capturing her personality perfectly, and balancing psychosis and humor masterfully. However, Tara Strong is known not only for voicing Harley Quinn but also Doctor Octopus in Spider-Man: Shattered Dimensions and characters from animated series such as The Fairly OddParents, The Powerpuff Girls, Ben Ten, Teen Titans, and more – It’s an impressive list of credits.

If one voice carries authority and forces you to listen when speaking, it is that of Keith David, and his portrayal of Admiral Anderson from the Mass Effect games brings the character to life. Keith David is no stranger to voicing video game characters and has provided the voices for characters like Julius Little in Saints Row two, Sergeant Folly in Call of Duty: Modern Warfare 2, Psychedelic and Megamind, Nick Fury from Marvel Heroes, the Arbiter from the Halo game series, Moloch from Darksiders, Barricade from Transformers: The Game, and more.

One video game that is sure to tug on heartstrings and get the blood pumping is the Uncharted game series. One character who makes all of this possible is Nathan Drake, and Nathan Drake would not be possible without the amazing performance of Nolan North. One of the things that makes Nathan Drake so interesting is the fact that he feels so real, and this created a very popular character for the videogame, who then moved on to the big screen, played by Tom Holland.

There have been much iconic game series over the years, but none more so than the Gears of War series. Gears of War is among the longest-running game series, with the first game being released in 2006 and the latest release in 2019. One character within the series that has made it so incredibly popular is Marcus Phoenix, whom John DiMaggio voices. What makes John Dimaggio’s performance so amazing is that his voice is deep, rough, and believable for the burley character – Not to mention the character’s quotability.

There is just something that gamers love about likable villains, as is very much evident from the Joker. However, this entry on the list of vocal performances for video game characters certainly portrays a sadistic character with a sense of humor; Handsome Jack, voiced by Dameon Clarke. Damon Clark’s performance in Borderlands 2 makes handsome Jack likable, brings the character to life, and makes him anything but one-dimensional. It’s a difficult balance to voice humor and sinister intent simultaneously, and Dameon Clarke does it perfectly for the franchise.

Speaking of complex, unlikable characters in a video game, none is more so than John Marston from Red Dead Redemption. With Rob Wiethoff’s performance, John Marston is really brought to life. His performance makes it possible for the audience to laugh with John and potentially shed a tear for him. John Marston is a bit peculiar character; once an outlaw, now a trying-to-be family man, Rob Wiethoff captures the character’s personality perfectly. He reprised his role as the character in the sequel Red Dead Redemption 2 and did just as impressive of performance the second time.

A Brief Introduction to Cybersecurity and The CISO

Andrea Botez: The Queen of Chess (Everything You Wanted to Know)