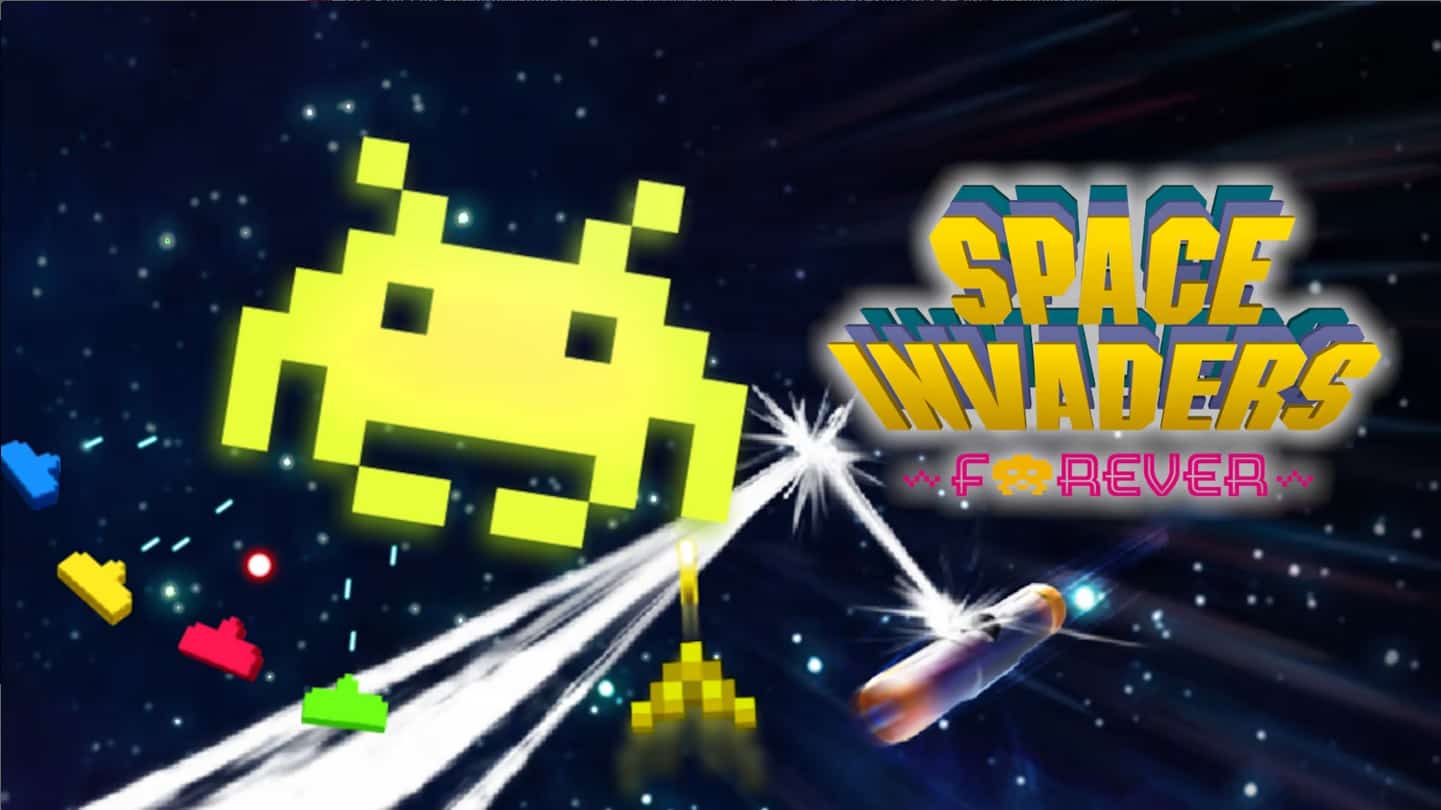 Those who grew up in the 80s and the 90s surely remember Space Invaders, the all-time arcade classic. With the release of Space Invaders Forever, it has finally received a well-deserved makeover for you to enjoy.

Space Invaders throughout the ages

Historically, the franchise has seen plenty of releases. This includes a mention in Marvel’s vol 3 comics, several board game references, and even a slot game that goes by the same title. For those who are interested, there’s a demo to try out for free, and those who are new to the platform are welcome to take advantage of the Caesars casino bonus code.

Space Invaders Forever: a 3-for-1 deal

The latest release of Space Invaders is a 3-for-1 deal. These are different game modes that share many graphical assets but not gameplay elements. Below, we’ll look at what each of them has in store for the player.

Space Invaders Extreme is a classic game mode that has received a graphical revamp and a fancy new soundtrack. But gameplay-wise, this game mode will take you back to the early days when you first experienced it in your childhood.

For those unfamiliar, it’s very easy to grasp its concept. The player is tasked with having to mount a defense against the invaders that are progressively advancing downwards from the top of the screen. Several power-ups are up for grabs to aid you in your mission, including powerful tools like multishot and lasers.

The Space Invaders come in large varieties, and some are equipped with deflectors and shields to make your life harder. The boss invaders are designed to be even more challenging. To counterbalance it, the player may unlock several bonus modes with additional perks like unlimited ammo.

Like a true arcade classic, this game mode has a built-in scoring system to boast in front of your friends. If you play exceptionally well, there may be a secret ending for you to unlock. You can play it on both PS and Nintendo Switch.

Also known as the co-op mode of Space Invaders Forever, this is where the game will test your mettle and see how well you can collaborate with your group of friends to take down the invaders. You’re free to invite up to 3 of them to a co-op session.

Although co-op is a fresh concept in Space Invaders, the graphics are as retro as they get – even more straightforward than those in other game modes. But don’t get fooled by the looks! The invaders will come at you from different directions at varying speeds and may even soak up multiple hits before dying. The bosses are incredibly challenging!

To prevail, the players have some unique moves at their disposal. For instance, by combining their firepower, they can fire powerful shots that can take down the strongest invaders. Too bad you’ll have to keep it local – there’s no way to play online just yet.

Finally, we have Arkanoid vs. Space Invaders, a unique game mode for all three. So what do you get when you combine Arkanoid’s formula with the franchise? For starters, there are unique mechanics like using your paddle to send the invaders’ bullets right back at them. In this game mode, the enemies cleverly use the bricks to shield themselves.

Instead of being limited in movement and bound to the horizontal left-and-right sphere, the player can now move the paddle up or down as well. Moving it up is how you deflect incoming bullets. To make it even more unique, there are different levels and characters to choose from, and each of them has its own fantastic set of abilities.

Everything considered this new take on an old arcade classic deserves a solid 7/10. The 3-for-1 deal is hard to beat in terms of value, and the game looks as good as ever. Too bad the multiplayer is local-only.

How Not to Become a Victim of Job-Hunting Scams?

Angle Grinder Man: The True Story of the Mysterious UK Superhero Who Removes Clamps from Cars