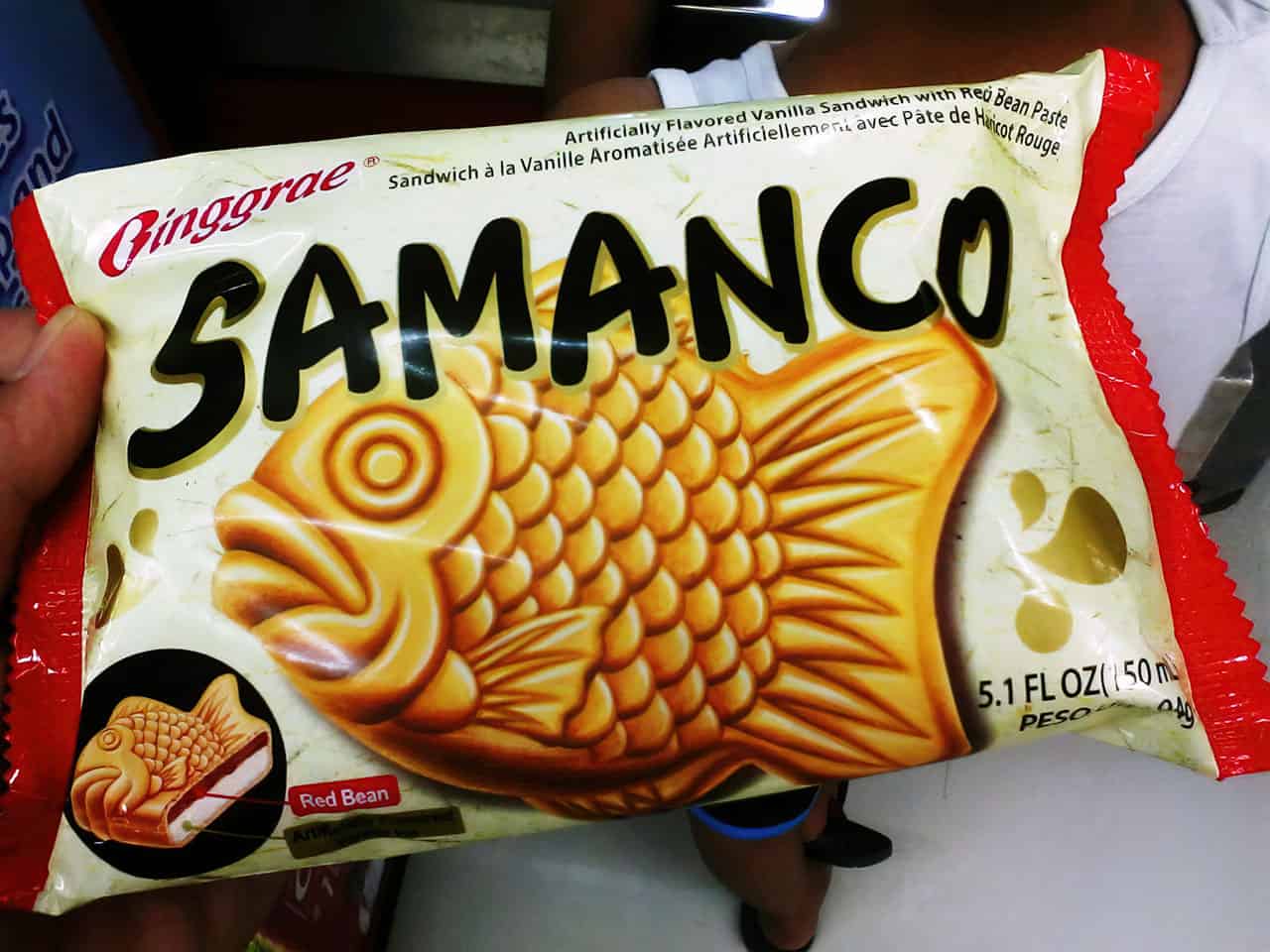 I’m sure you’re all wondering what in the world I’m eating, and I don’t blame you. It looks like a fish, but it’s an ice cream treat from Korea called Samanco. It’s a pancake batter poured into a fish-shaped mold, filled with red bean paste, custard, or chocolate. I tried the ice cream & red bean paste version, and it was delicious! If you’re ever in Japan or Korea, be sure to try one for yourself. They’re amazing!

The taste and texture of Samanco Fish Ice Cream

These fish-shaped ice cream treats from Japan are pretty delicious! I was a bit worried that the cone shell would be soggy, but it wasn’t. The vanilla ice cream was just okay, but the layer of red bean paste was sweet and perfect. Overall, a great taste experience!

These little fishy treats are one of my all-time favorite summer snacks! The first time I ever had Samanco was at a Japanese store, and I was hooked instantly. It’s basically like eating a pancake-fish hybrid filled with delicious ice cream. You can usually find them sold in singles at your local Asian grocery store, so it’s the perfect snack to pick up on a hot day! Summer is coming, so be sure to stock up before it gets too warm!

What’s the history and popularity of Samanco in Korea?

Where can you buy Samanco in your area?

If you’re ever in Japan or Korea, be sure to try a Samanco fish-shaped ice cream treat. You won’t regret it! They’re delicious, affordable, and perfect for a hot day. Be sure to stock up before summer hits! Thanks for reading! ?

The New UNO Cards: A Comprehensive Guide to Wild New Rules and Games