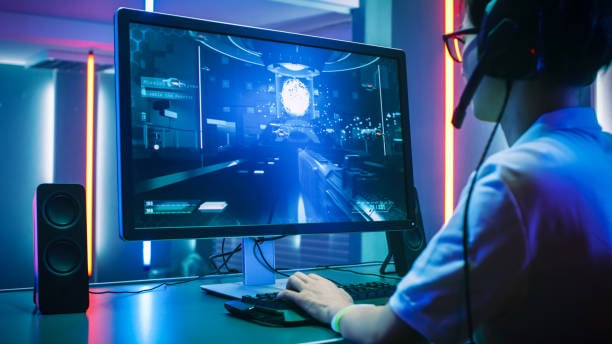 Gaming PCs are some of the most powerful and expensive computers on the market. So how long do gaming PCs last?

How Long Do Gaming PCS Last?

In this case, the answer is up to you. For example, some people will need to keep their PCs up to date every year or even more often, while others can wait for five years.

Another Interesting Read: How Does The Horse Move In Chess?

Over ten years, the value of gaming computers went down.

One thing to keep in mind is that new CPUs are released all the time, and Moore’s Law says that a ten-year-old CPU will be several times slower than a new one.

This means that when compared to other parts, the GPU and CPU have lost most of their value. This is understandable, given how often they are changed and how much they affect gameplay.

It looks like you should start with the GPU and CPU, then move on to the RAM. Surprisingly, it looked like the case’s value went down more quickly than the motherboard or hard drive. Finally, our tests show that your power supply will keep most of its value.

The Lifespan of a Gaming PC

For someone who has never played on a computer before, this is one of the scariest things. It’s also a question I see a lot on the r/buildapc subreddit, along with how they set up their components.

How it works is this:

The gaming PC you build today won’t be able to run the same way five years from now.

Moore’s Law says that as computing power gets better, games get more difficult to play, which is why it’s important to know it.

The fact that your computer is going to break down doesn’t mean that you should spend more money to keep it going. The way I would not do that.

In the short term, that mindset would be fine. But how much you expect from yourself is the most important thing.

One of the best things about building a gaming PC instead of buying a console is that you can always make changes.

To get started right away, buy the parts you need, like a Ryzen 5 and 1070. You can buy a new graphics card every two years or when it’s time.

If you sell your old graphics card and use the money to pay for your new one, this is a great way to cut down on the cost of your new card.

You don’t have to spend a lot of money and hope your computer will last forever. The best thing to do is to upgrade it when it’s time to do so.

Keep in mind, though, that there must be some kind of balance to be found. Avoid getting a cheap graphics card that will need to be replaced in six months. As soon as your money runs out, you are just wasting it.

The GPU isn’t the only thing that needs to be balanced. It’s possible to switch from the Ryzen 5 to the Ryzen 7. You can also increase the RAM.

In part, this is because we all have different expectations for our gaming computers. Because of this, it is impossible to date a computer that someone has.

It’s also true that if you want to play all new games at 1440p or higher, you’ll need to upgrade more often than someone who doesn’t want to.

Everything comes down to how you think about yourself. Yes, your system needs to be changed. That is a fact of life when you play games on a PC.

However, this isn’t all bad. Enhancing the look of your games is one of the most fun things about PC gaming. People can change the performance of their PC at any time, unlike with consoles, which are set for each generation.

How Long do Prebuilt PCs Last?

It will not last as long or as short as a custom-built PC because it was already built.

The problem is that prebuilt PCs are usually more expensive because you pay for both the person’s work and the company that makes them.

However, it would be hard to find a prebuilt PC with the same performance for the same price as a custom-built PC.

How Long Will a High-End Computer Last?

In exchange for lowering your settings, a high-end PC can last a long time. True, when a high-end PC is made, it will be able to play games at 1440p.

After a year or two, if you want to keep the same performance, you’ll need to buy a new machine.

If, on the other hand, you don’t mind changing the settings, there’s no need to buy a new phone.

There is one thing, though, that he would need to do to play the most recent games at their best. Again, it’s all about what you expect.

What is the best frequency for updating a computer for gaming?

It all depends on what you want to achieve. There is a good chance that most people will change a part every two to three years. This, however, doesn’t mean that you have to spend a lot of money all the time.

Most people will upgrade their storage or buy a new GPU and leave the rest alone. You can sell your old graphics card and use the money to buy a new one. This will save you money in the long run.

To play the most recent games in their best settings, you’ll need to buy a new computer every year. As long as you’re willing to make some concessions and don’t have unrealistic expectations, your PC should last between three and five years, depending on how much money you spend at the start.

What’s the Right Price for a Gaming Computer?

Well, it depends on what you mean by “what this question is.”

It all depends on how much money you have and what kind of results you want. For a more in-depth explanation, please check out our comprehensive guide, which can be found by clicking here.

Is it a good idea to buy a gaming PC?

Is what you want to do the most important thing? Why bother spending a certain amount of money on a gaming PC when you could just buy one for free or cheap?

The more money you spend on a gaming PC, as long as you spend it wisely on the right parts, the better it will work.

Gaming computers, in my opinion, are well worth the money you spend on them. You get access to PC-exclusive games, better keyboard/mouse control, better graphics, faster framerates, a stronger community, and more flexibility, among other things.

Building or buying a gaming PC is always a good idea. You will not regret it if you spend your money on the right parts and put in the time to learn how to use them. In the long run, you will save money and have a more powerful machine that can do more than just play games.

How Long Do Gaming Laptops Last?
What Is Backseat Gaming?
What Does A CPU Do For Gaming?

How To Sit In A Gaming Chair