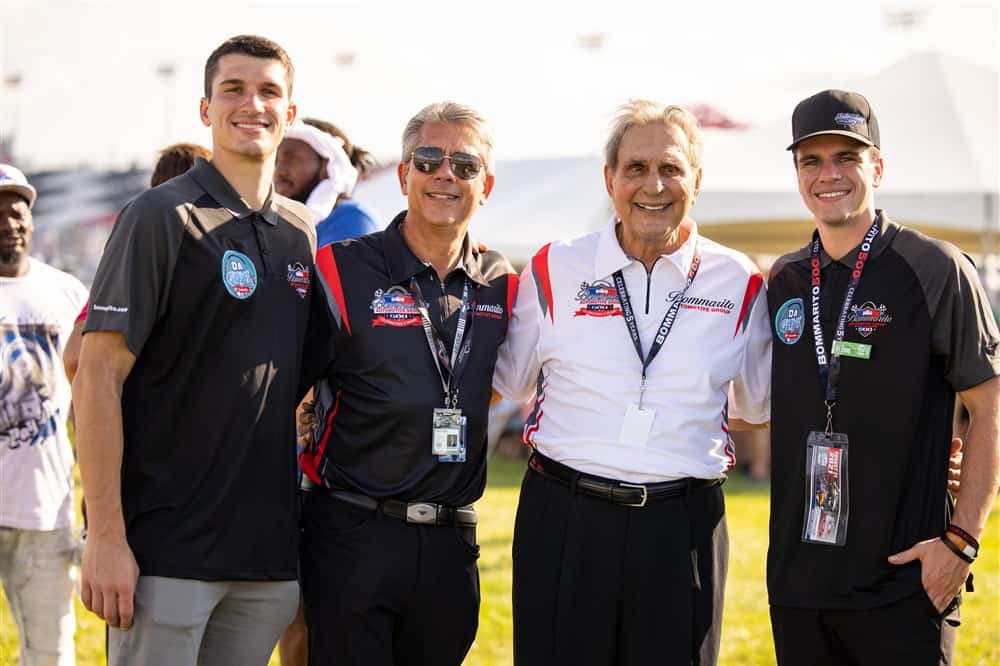 John Bommarito not only started two NASCAR teams, but he also brought the Bommarito Automotive Group to new heights by becoming the #1 choice for consumers in all of their automotive needs.

Any business owner or entrepreneur knows that hard work and dedication are keys to success. Since John grew up in a family that valued a hard and continuous work ethic, he is no stranger to hard work.

In fact, at the age of 12, he was put to work washing and parking cars at the family business—the Bommarito Automotive Group. For three years, after school, he would wash cars. At 15, he started working in the service department and got the opportunity to learn the “backbone” of the family business.

John also realized the value of education and worked hard to get good grades. After graduating High School in the top two percent of his class, he attended college and graduated with honors.

He was then accepted into Stanford University Medical School but decided to return to his roots. He moved from position to position in the family business and really started to learn the ins and outs of the company.

He eventually became a Sales Manager and found that negotiation was key to increasing sales. Honing that skill, John started bringing in record-breaking sales year after year and quickly grew a reputation throughout the automotive industry.

In 1992, John was approached by General Motors to purchase a failing Oldsmobile-Cadillac store that was only selling 25 units a month. Seeing the store’s potential, he bought it. Since the store was failing to sell enough units to remain profitable, John knew that he needed to find a way to increase demand.

He realized that adding a new brand to the lineup may just be what the store needs and negotiated a deal with Mazda to do just that. He was right and now the store sells over 280 units a month!

Using similar tactics and putting his negotiation skills to the test, he soon brought the Bommarito Automotive Group to unprecedented heights. But, he wasn’t content to rest in his success. Instead, he had other ambitions.

Wanting to join the NASCAR and Racing world, he befriended the CEO and owner of the Gateway Motorsports Park, Curtis Francois, and negotiated a multi-year agreement, which led to an INDYCAR series event that brought competitors from all over the world.

Knowing that if he really wanted to get in on the action he would need to start his own NASCAR team, he decided to do just that. As he has done throughout his business life, he sought out a connection/partnership in the industry.

He ended up partnering up with racecar driver/owner Jordan Anderson and they started two NASCAR teams. One team even managed to finish in the top 10 on their debut race at the Circuit of the Americas and continues to grow each year since its inception.

As a result of Curtis Francois and his persistence, they ended up having a big influence in the NASCAR world, and in  2022 they ended up with the honor to host its very first-ever Nascar race at their hometown track World Wide Technology Raceway.

Apart from a hard and continuous work ethic, John realized that the key to success in any business endeavor is through partnerships and one of the tools to create successful partnerships is negotiation.

7 Fall Movies for Students to Watch