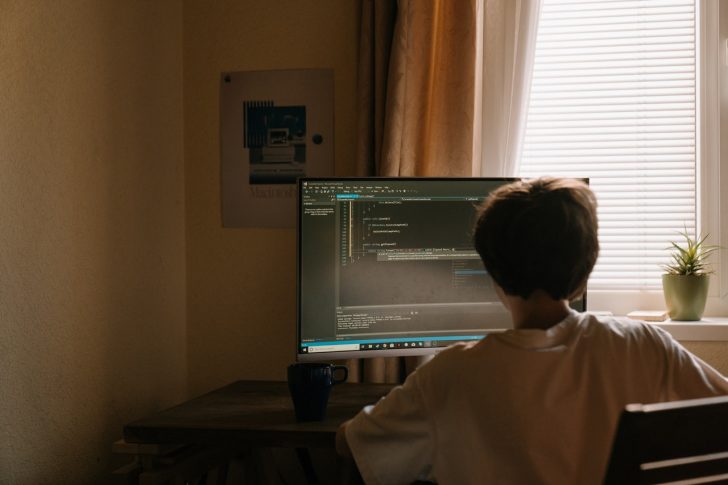 The Various Types of Geeks

How many types of geeks are there?

Once an insult, a geek is now known as an eccentric intellectual who is an enthusiastic expert in a certain field. A geek is obsessed with their topic, and all the newest and trendiest updates that come with it. Except it’s not always that simple as there are many geek types. We’ll walk you through some of them.

Dissimilar to a nerd, geeks are considered to be smart and actually socially acceptable in most cases – but not this one. This geek type is the classic origin for the term and oversees comic books and general fictional fantasy content. Stereotypically secluded, the comic geek hunches their back like a question mark shape, and buries their face in stories that non-geeks don’t understand the importance of. Oh, and they’re practically blind because they need really thick lenses yet they still can’t see the socially awkward situations they keep putting themselves in. Of course, none of this is true but that’s how society sees them. They’re one of the most common types of geeks that people think of in books and media.

That’s right, it doesn’t matter what your subject of interest is, if you’re knowledgeable then you’re a geek. These folk fit the society standard as sports are a hugely common interest with over 155 million concurrent viewers in the United States alone per year, and growing. Sports geeks are supposedly a competitive and emotional bunch because if your team isn’t winning, there may be tears in your beers. This may also be the case if your team is winning; important matches are just big tear-jerking passionate events, to be honest. So if you know your team’s stats, and you collect their trading cards, then set your expectations wildly high, and make sure you’re not working when your favorite team is.

They’re into numbers and science, and… stuff. Not all geek types have to actually know pretty much everything in their field, but for these guys, that may just be the difference between a successful experiment, and an explosion right in your face. All geek types have value, and these guys definitely do as punching all the numbers and pouring chemicals into bottles and vials is what keeps various species-threatening diseases at bay. Plus, it ain’t easy to get into sciencey stuff as they require some of the longest degrees – alongside architecture for whatever reason.

Most everyone loves movies, but some people love movies and all the details in them. Like other geeks, they often see their hobby as an art form, and films are no exception. Even films that aren’t critically acclaimed have gained a cult following, and film geeks are probably in that cult. Okay, they’re not actual cults because films aren’t religion (except for The Room, that’s literally gospel level) but these geeks deserve respect for their dedication to craft and admiration for theatrical craftsmanship. As far as the types of geeks go, this kind is reasonably well respected.

This is for the ratatouille that we all dream of. These geeks oppose frozen food with all their strength, and they know lots about recipes and how to take pictures of everything before they eat it to make people on social media jealous. Knowing how to cook is a life skill, and those who take a lot of pride in it may not consider themselves a geek, but it is definitely a compliment. The title alone is known to make your meals 3% healthier and 10% tastier, which is the best and only fake fact in this article, so eat that one up. If you’re one of these types of geeks, you’ll have no trouble impressing the ladies.

Otherwise known as a weeb – which is a derisive term for someone who likes anime – anime geeks are often ridiculed for their interest in cultural animation and that’s precisely why these geek types should be celebrated. No hobby is wrong, nor should it be ridiculed, unless it’s breaking some kind of law in which case you should definitely ridicule it. But not anime! People have fun with it, and it makes them happy just like other forms of escapism. Anyway, these guys might have waifus and strange body pillows but that’s okay. Sort of. They also admire super cool things, like anime spaceships.