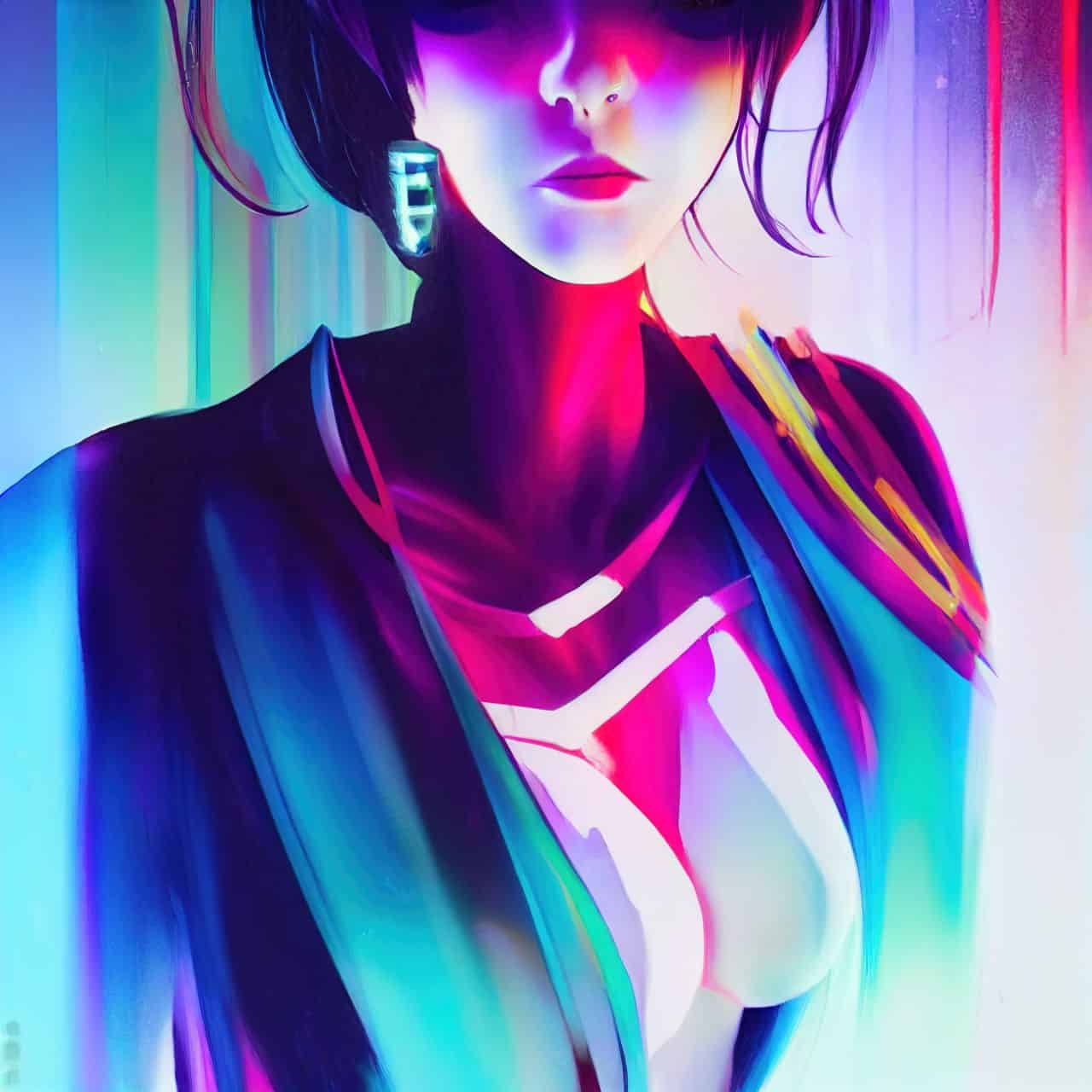 Many people feel that anime sucks, but why is that?

First off, the art style can be a turn-off for some people.

Anime is often very brightly colored and cartoony looking, which can be off-putting to those who prefer more realistic artwork.

Additionally, the sometimes bizarre and unrealistic plotlines of many popular animes can be a source of frustration for viewers trying to suspend their disbelief. Another issue that turns some people off from anime is its often sexualized portrayal of women (and sometimes men), which can be objectifying and offensive.

This is particularly true in genres like ecchi or harem anime, where female characters are frequently shown in skimpy clothing or sexually suggestive situations for laughs or fan service purposes rather than furthering the plot or developing their characterizations.

And lastly, the messages conveyed by certain animes – especially those aimed at younger audiences -can occasionally be problematic.

For example, anime series such as Pokemon has been criticized for promoting animal cruelty, while others like Attack on Titan have been attacked for glorifying violence.

We all have our opinions on things, and that’s what makes the world go round. People can think whatever they want, and that’s perfectly fine.

However, there seems to be a bit of a divide regarding opinions on anime. Some people love anime, and some people think it sucks.

Plenty of people love anime and think it’s amazing. However, many people also think anime is not so great.

There are a few reasons why some people think anime sucks. First, some people feel like anime is too juvenile.

They don’t like that many anime is aimed at younger audiences. They feel like anime is too childish and doesn’t offer anything for adults.

Second, some people think that anime is just too weird. They don’t like that a lot of anime is strange and doesn’t make much sense.

They find the whole thing to be confusing and off-putting. Finally, some people think that anime is just too sexualized.

They don’t like that a lot of anime is often very sexualized and features gratuitous nudity and violence. They find this to be distasteful and unnecessary.

Of course, as we said, not everyone feels this way. There are plenty of people who love anime and think it’s great.

It’s all a matter of opinion.

How the Art Style of Anime Turns Some People Off

Anime has been around for a long time, and its popularity has only grown in recent years. However, not everyone is a fan of anime.

Some people downright hate it! One of the biggest reasons for this is the art style.

Anime can be quite off-putting for some people. It’s often brightly colored, and the characters look cartoony.

This is in stark contrast to other animation styles, such as Western animation, which tend to be more realistic. What’s more, anime often features very large eyes.

This is often mocked by people who don’t like anime. They find it creepy and unnatural.

Of course, not everyone dislikes anime because of its art style. Some people simply don’t like the stories often told in anime.

They find them to be too silly or just not interesting. Whatever the reason, plenty of people out there think that anime sucks.

And that’s okay! Everyone has different tastes, and there’s nothing wrong with not liking something that others enjoy.

The Often Bizarre and Unrealistic Plotlines of Many Popular Animes

Anime is a style of animation that originated in Japan. It is characterized by its colorful graphics, often bizarre and unrealistic plotlines, and its frequent use of stereotypes.

Many popular animes, such as Dragonball Z and Naruto, are enjoyed by millions of people around the world. However, some people believe that anime is nothing more than a weird and unrealistic form of entertainment.

While it is true that many animes do feature strange and unrealistic plotlines, there are also a lot of anime titles that are actually based on real-life events or stories.

For example, the popular anime Death Note is based on a true story about a Japanese student who used a notebook to kill people.

Anime is not just for kids or nerds; it is a form of entertainment that people of all ages can enjoy. If you want something different to watch, give anime a try.

You might be surprised at how much you enjoy it.

Anime’s Often Sexualized Portrayal of Women, Which Can Be Objectifying and Offensive

We all know that anime can be pretty weird and out there. But sometimes, it goes too far – particularly when it comes to the sexualization of women.

This can be objectifying and offensive, and it’s something that we should be aware of. Don’t get me wrong; I’m not saying that all anime is bad or that all anime fans are perverts.

But we should be aware of it because it can be pretty damaging. Let’s take a look at some examples.

In the popular anime series Attack on Titan, the female characters are often shown in very sexualized ways – even though they’re supposed to be teenagers.

In one scene, a character’s breasts are groped by another character, and it’s played for laughs. Another example is from the anime series Death Note.

In one scene, a character strips another character naked and then proceeds to lick her body. Again, this is played for laughs.

These are just two examples, but there are many more out there. And it’s not just limited to anime – there are plenty of games, comics, and other media that sexualize women in an objectifying and offensive way.

So what can we do about it?

Well, first of all, we can be aware of it. When watching anime or playing games, we can look for scenes or characters that are sexualized in a way that is objectifying or offensive.

If we see something that makes us uncomfortable, we can speak up and discuss it with others. We can also support media that doesn’t sexualize women in a harmful way.

There is plenty of great anime series, games, and comics out there that don’t rely on the sexualization of women to sell themselves. So let’s support those instead.

We can explain how it can be offensive and objectifying and damage how people see and treat women. We all are responsible for ensuring that the media we consume is respectful and inclusive.

Anime can be a great form of entertainment. However, some animes can send out problematic messages.

For example, some animes can portray women as nothing more than objects for men’s pleasure. This can be damaging to both men and women.

It can cause men to view women as nothing more than objects, and it can cause women to feel like they have to live up to unrealistic standards. Another problem with some animes is that they can be very violent.

This can desensitize people to violence and make them think it is okay. It can also make people think they must be violent to be strong.

All in all, anime can be great, but it is essential to be aware of the sometimes problematic messages it can send.

FAQs in Relation to Anime Sucks

What are the negative effects of anime?

There are many negative effects of anime, but some of the most notable ones are that it can be extremely addicting, a huge time waster, and very expensive.

Additionally, anime can often be extremely violent and sexualized, leading to desensitization to real-world violence and sex.

Finally, because anime is often so fantastical, it can give people unrealistic expectations about the world around them and make them feel disappointed with reality.

There can be many reasons why someone might not like anime. Maybe they don’t like the art style, or perhaps they find the stories to be too convoluted.

Whatever the reason, there will always be people who just don’t enjoy anime.

In conclusion, there are many valid reasons why some people think anime sucks. It’s not for everyone, and that’s okay.

If you’re not into it, there are plenty of other things to watch or read. Just don’t knock it until you’ve tried it – who knows, you might just end up becoming a fan after all.

Welcome to Geek Extreme! Our ultimate goal is to provide geek culture and gadgets for nerds worldwide. We want to unite geeks everywhere and create a community where everyone can share their love for all things nerdy. If you’re looking for the latest news on geek culture, gadget reviews, or some general nerdiness, look no further than Geek Extreme!

How are Embedded Insurance Solutions Revolutionizing the Industry?