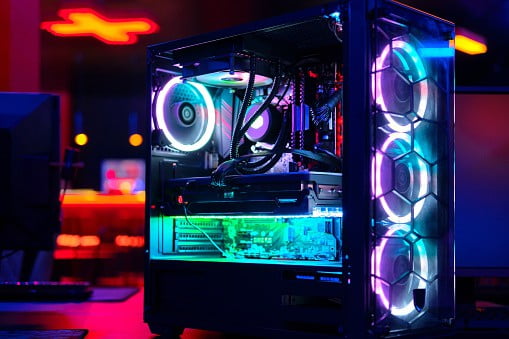 2022 has been a transformative year, and the pandemic accelerated the need for technological advances. However, many are yet to be finished, while some exist only on paper.

The trend is expected to continue as the development and innovation of potentially transformative new technologies accelerate year-on-year. The question is, “What’s in store for us to learn next year?”

There are some tech areas to keep an eye on because they have near-term capabilities to change how we live and improve our lives. Please keep reading to learn more about them and allow them to WOW you.

Imagine an outfit that monitors your motions to suggest better postures. Now picture a winter glove working as a remote controller. You’d basically have a personal trainer assisting you, and your grandparents would only lift a finger to FaceTime you.

Now, stop fantasizing since MIT has already done it.

Researchers weaved conductive yarn to create pressure-sensitive fabrics. The data is then collected and analyzed by an algorithm, transforming it into possible applications that aren’t only for people.

Thanks to smart wearables, robots can self-correct when moving around by analyzing the environment. It’s also worth noting that MIT’s smart cloth is suitable for mass production, so the next fashion fad will be superhero clothes, like Iron Man’s but lacking all the guns, lasers, and metal.

Also note-worthy! The same company created an “acoustic fabric” that uses “piezoelectric “material. This produces an electrical signal when mechanically deformed or bent, allowing the fabric to transform sound vibrations into electrical impulses.

Besides “clothes that hear,” the team sees other uses beyond clothing, like wearables that track vital signs and clothes that communicate.

CRISPR technology uses two key molecules to edit DNA. Cas9, the first one, functions like biological scissors that can cut DNA in specific places allowing for edits like change, removal, or addition. The second molecule acts as a GPS, guiding the “scissors” to the place where DNA must be modified.

Its main use is to replace bad genes or turn them off, curing disease without messing up the human genome because the changes don’t spread to the patient’s children.

According to the Genetic Alliance UK, around 1% of the population suffers from human disorders caused by mutations in a single gene. Even though single-gene conditions are rare, this technology will improve many lives.

If it sounds scary to you, know that there are many medical mishaps happening every year, even in countries with the best health care. However, when thinking of accidents resulting from malpractice, poor treatment, etc., remember that you might be eligible to claim if you suffer from a doctor’s broken duty of care. How?

You gather as much evidence as possible (like pictures, screenshots, videos, records, etc.), reach out to a claim solicitor like the ones at https://www.howmuchcompensation.co.uk/, and see if your case has any chance of winning. They work under a “No Win No Fee” agreement, giving free legal advice and taking a commission if they win your case.

Neuralink to turn telepathy into a reality

Is telepathy turning into a reality? Indeed.

Neuralink researchers implanted 1,024 ultra-thin electrodes into a macaque’s brain in early 2021. It was an interface that connected the intelligent computer with the adorable monkey.

Pager, the monkey, repeatedly played a basic video game to calibrate Neuralink’s algorithms. Several banana smoothies later, the brain-machine decoded the monkey’s intentions. It then allowed him to play Pong through telepathy after Neuralink recorded and cracked electrical impulses from the brain.

The company’s next goal is to enable disabled people to be better and use phones and computers only through brain activity. Because these people cannot click a mouse or use a joystick, calibration will be based on imagining hand movements and other similar mental exercises.

The company hopes to enable humans to interact with Artificial Intelligence and maybe link and upload their minds into computers. Both initiatives would need massive computing power, an issue that quantum theory can help solve. Speaking of which…

Quantum computing, a branch of mathematics specializing in “combinatorial optimization”, can help analyze tricky options and come up with the best solutions. What is the simplest way to build electric cars, what compounds work best together, and what stocks to invest in? These are just a few potential questions that quantum computing can help answer by analyzing various possibilities.

This emerging technology uses quantum physics rules to tackle problems that are too complicated for traditional computers. Hundreds of thousands of developers now have access to real quantum hardware, thanks to IBM Quantum.

Here’s a scenario. You have ten guests and ponder how to seat them at the dining table so everyone has the most enjoyable time possible. There are thousands of possibilities; however, IBM quantum computing can reveal the best one right away.

A combinatorial calculation would take weeks to determine the best solution, so can you imagine how far brilliant minds using mathematics can take technological advances?

The Holy Grail of space travel is fully reusable rockets, which cut the cost of space launches by 100. SpaceX has completed a test flight over its facility in South Texas, reached a six-mile altitude, had a few returns, and gracefully landed in the exact same place from where it took off.

Elon Musk, Starship’s lead engineer, stated that on every trip, it could transport up to 100 metric tons. He also said that he plans to begin orbital flights as early as 2022, iterating on the spaceship’s design until it checks all boxes.

The starship would, after that, be mass-produced to power a future where humanity can build colonies on Mars and establish moon bases.

Given all the advancements, you can rest assured that technology will rule in the future and that cohabitation with robots will be a trend. New ideas lead to improved developments, and imagination lays the groundwork for what is to come.