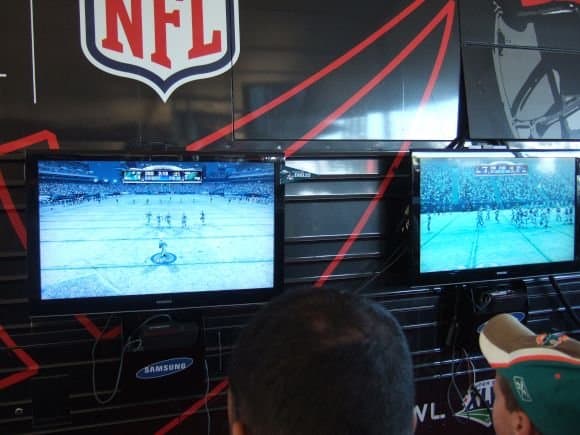 Every year, the Madden NFL video game comes out and manages to bring the sporting related video gaming world as well as the football world to a halt. Be it that you’re strictly a fan of the game or that you’re a fan of the sport who even likes to bet on NFL games here and there, when Madden comes out, you all know it’s go time. Now, while it’s understood that with every new edition of the Madden NFL game that comes out not everyone will feel complete happiness and criticism will arise, that shouldn’t stop us from still getting excited about the upcoming Madden 22 release.

For this edition changes and improvements have been made, especially after the game’s producers listened to the criticism and backlash that the 21 edition got from fans all over. With these changes and improvements ready to make a difference in the game we count down the three most needed updates coming to the game that will make Madden 22 a great football video game.

One of the main points of criticism that the Madden NFL video game franchise had to listen to with the 2021 edition as well as with other past editions is the fact that their Franchise mode of playing was not up to par, not up to par by any means necessary. If we focus on last year’s Franchise mode, I think we can all agree on the fact that it was nothing short of sad and even kind of embarrassing. There was nothing really out there to differentiate it from 2020’s mode. It was because of this that Madden’s producers EA Sports decided to regroup, rethink and relaunch, in a way, the Franchise mode of playing for their 2022 edition.

This upcoming edition of the game will have a Franchise mode that will be more full-bodied than past editions. There will be more weekly strategy settings as well as a better looking and improved franchise hub, better trading logistics, improved staff management settings as well as a vamped up scouting system which will be set to debut after the launch of the game. All of this already has me excited for what’s to come, and what’s more, Madden producers feel so bad about making everyone have to suffer through puny past Franchise modes that they will even improve the Super Bowl celebrations, a much needed change at last will happen. I know that getting excited over something not seen might be more foolish than wise, but we’ve put up with bad Franchise modes, we deserve the good stuff now.

The Running Game Will Finally Have Some Difficulty To It

Any and all fans of Madden, especially those who have played Madden NFL 21 know that the running game in that edition of the game was just dumb. It almost felt like Madden was blatantly throwing a bone out there to people that are into winning games easily and with no real talent. I know, it may sound harsh but you know it’s true. If you had a strong running back in the game, let’s say Derrick Henry or Dalvin Cook and you knew your way around a controller you were basically money for all the matchups you were in. Well, the times of cool runnings are finally coming to a stop with the Madden 22 edition, so sorry ball running bullies.

The producers of the game have made it a point to tone down the running game in Madden 22 and actually make it have some much needed balance, especially when paired up with the other features of the game. Just like with the Franchise mode of the game, this is one of those “see it to believe it” updates to the feature, but hey, I have faith in EA Sports and the Madden NFL franchise to do all of us fans right.

Just Like In Real Football, Home Field Advantage Will Rock

While some teams rely exclusively on talent to win games, others rely on one of the biggest factors in football to get wins, yes, home-field advantage. Look at the Broncos, most teams can’t deal with the altitude in Denver. In Chicago players hate the winds that rock Soldier Field. In Seattle and Kansas City dealing with the loudness of their fans almost makes it impossible to play proper football. What do all those things have in common though? They all help the home teams gain an edge over their competitors in the hopes of scoring a win.

In Madden NFL 2022 all of these factors will also come into play as the producers are making sure they are able to offer the same kinds of ambiences in each of the teams’ stadiums. This will automatically give the game another layer of competitive edge and will only help to improve the playing experience for fans all around.

How to Recover Lost MP4 Videos

Want to Launch an Online Gambling Business? Here’s How