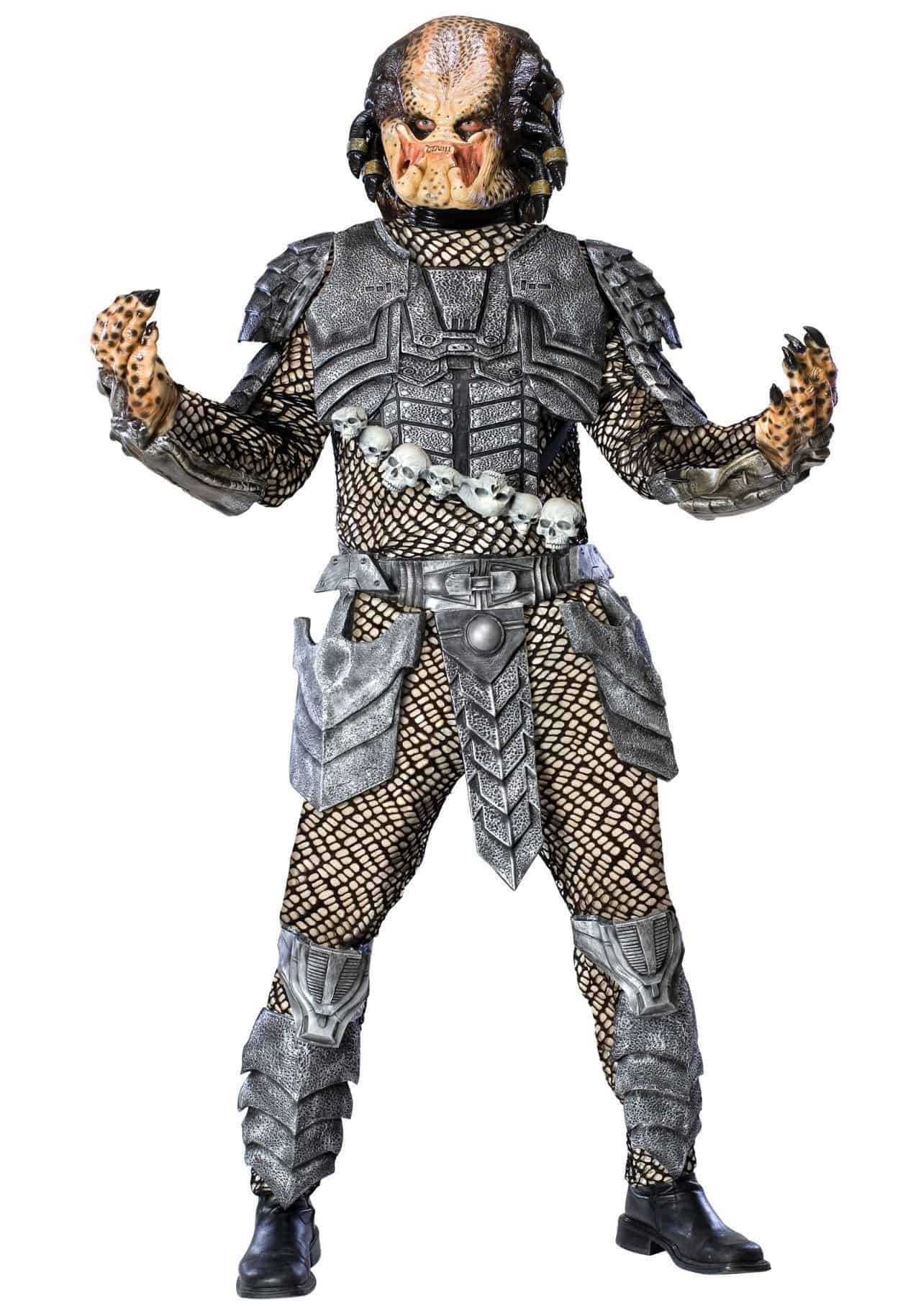 Features of the suit

In the movies, they’re some ugly mother effers, but when wearing this, you don’t feel like one at all. The armor is 100% polyester and officially licensed for badassery. It couldn’t be easier to slip into with its hook and loop fastener at the back of the neck, and it has slits at the nose, mouth and eyes so your senses are intact – and if anything, advanced through this state of the art Predator costume.

The shoulder, chest and leg armor is made from molded vinyl to protect you from any danger, and it’s layered with trusty elastic bands throughout to hold everything together. Easy to remove, easy to put on, and easier to sell the look of one of pop culture’s most effective monsters. Or just the work of a huge sexual tyrannosaurus deviant? Who are we to judge? It has its own… ‘mating call’ that you could use, we suppose. Either way, this Predator costume is great for hunting trips no matter where or what you’re hunting.

Where to wear it

Halloween is just around the corner, and rocking up in an authentic Predator costume like this is not only respectable for anything and everything scary since the Predator needs more representation. It’s also a pretty strong power move because this costume commands the room, and you’ve gotta be pretty dominant to pull it off. Chicks dig that, and they’ll certainly dig pulling it off you too. It’s quite ironic to use this costume to pick up girls because it looks so good that it looks so ugly, but trust us, they’ll stick around.

Another thing that’s sticking around is actually the film itself: Predator. John McTiernan’s cult classic from 1987 has a lot going for it, and everyone knows an abundance of quotes from it, whether they know it’s from the movie Predator or not. Another thing going for the movie is that it’s still going! Many cinemas play old movies from time to time for anniversaries, remasters, and all sorts of other reasons. They know there’s value in these old movies, and that people will queue to see them even decades later. Predator is one of those movies, and rocking up in a deluxe Predator costume will cement your place in the fandom, and maybe scare some people away from sitting too close to you out of fear – but that’s kind of the point.

If you ain’t got time to bleed, perhaps you’re in a rush, and need to get to your destination quickly. This realistic Predator costume is built for speed as well as a tan camouflage that will turn you into a blur. Your prey will never see you coming, even if it’s earth’s strongest defenders, or maybe a different kind of alien? Either way, you’ll be more comfortable than ever whilst you get to the chopper.