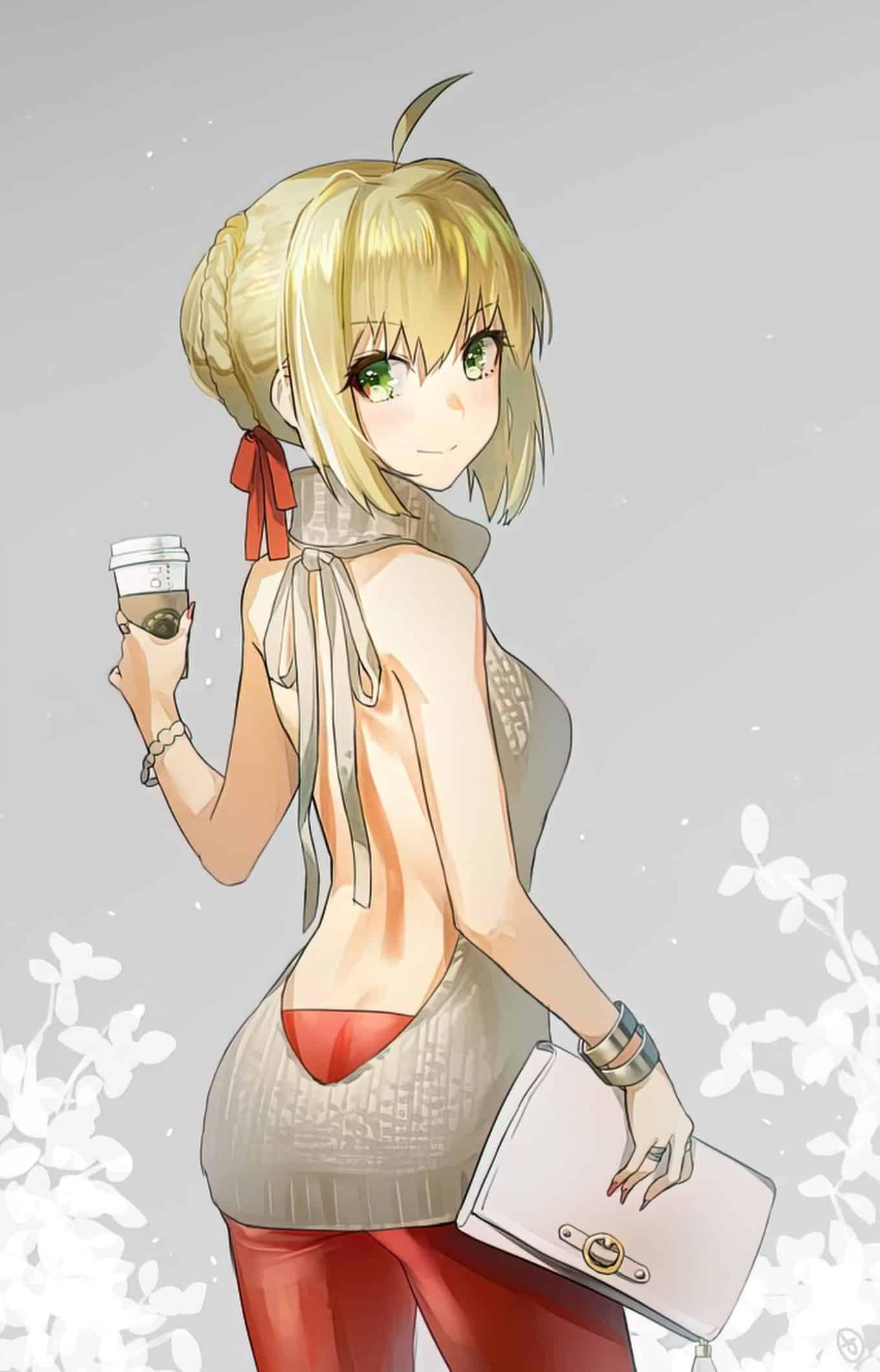 The virgin killer sweater meme has been spread across the internet since 2007. You have probably seen it, especially if you regularly lurk in the dark corners of the internet where secret nerd communities thrive. It is a harmless meme, but it is also a globally infamous symptom of a huge problem with ramifications that may affect the human race for generations to come.

What’s the deal with the virgin killer sweater?

The virgin killer sweater is a nickname given to a certain type of halter neck sweater with a quite seductive open back that may extend to the sides of the breasts. Similar to the Keyhole Turtleneck meme, the sweater blew up and became viral in Japanese internet cycles in 2017. The term was first used in a tweet by @Magane4989 that featured some pictures of the type of halter in question.

The name of the virgin killer sweater comes from anime culture. In anime culture, it is not uncommon to see a boy, usually some type of nerd or otaku, who starts to nosebleed in the presence of a beautiful woman. Online communities dubbed the sweater “doutei wo korosu”, a term that implies that a virgin male would have a similar reaction when he sees a girl wearing such a thing.

This is because of the inherently sexual nature of the garment. The front of the sweater is covered liberally. This means that no cleavage is on display to onlookers. However, the sides and back are almost nonexistent, which means that there’s an ample display of side boob while the back draws plenty of attention to the hips and buttocks.

As you may have heard, many Japanese men are chronically shy, especially when talking to ladies. This problem means that the older generations are constantly apprehensive about the very real possibility that they may not get to have grandchildren. They’ve tried to fix this over the years, leading to some very weird policies and locations in Japan, for example, a bar that offers women to spend a night with. You don’t get to have sex with them, however. The women are just there to be your friend. This trend is also responsible for the nearly ubiquitous presence of sex dolls and digital waifus in the country.

This uniquely Japanese problem is the likely origin of virgin killer sweater’s meme status. While its name might be virgin killer, it also signifies the process of rescuing a virgin living in Japan who wants to have sex but is too shy or awkward to do so, which is quite close to the original intent behind the sweater design. For example, this t-shirt design shows how the virgin killer sweater could lead an anime nerd into losing his virginity.

While the virgin killer sweater meme is undeniably funny, it is also indicative of a larger trend in Japanese society. This trend is very uncomfortable to watch, since it reminds everyone that thinks about it that the same thing could happen in their own country of origin.

The virgin killer sweater meme is more than just a funny image to share online, it is also a piece of social satire. It highlights the fact that Japanese people are becoming very much afraid of intimacy and causes the rest of the world to take notice because maybe the rest of the world should start to worry too.

That’s all for this week. I hope that you enjoyed our quick dive into the virgin killer sweater meme. Our site has several posts similar to this, so stick around if you have a meme in mind that you need explained.