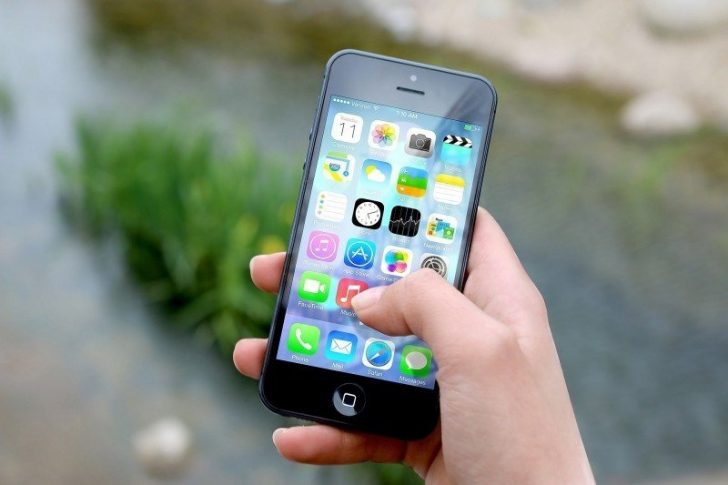 The figures behind apps are astounding, and they’re getting more incredible each year. For example, in the first quarter of 2019 you could choose from 2.6 million of them for Android and 2.2 million for iOS. The stats almost defy belief the numbers of downloads are so huge. So picking out the best apps to have on your smartphone or tablet is an almost impossible task. Luckily, we’ve been taking a look around on your behalf and have put together a list of ten that you won’t want to be without in 2020.

Let’s get the ball rolling with an app that lets you manipulate images to re-create the look of retro gaming and computer hardware. Retro Specs has a range of filters that you can apply ranging from Game Boy styling to Commodore 64 and even the original Mac. The user interface is easy to manipulate, and you can even adjust the settings to create your own effects and add animation if that’s what you’re into.

If you have opinions (and who doesn’t?) then start to use them to earn some cash. Download Google Opinion Rewards and you’ll be invited to take part in all kinds of surveys which could earn you up to $5 for each one you complete. For Android users these come in the form of Play Store credits while Apple users will be paid in cash via PayPal. The surveys cover all kinds of topics from opinion polls to restaurant reviews and are quick and easy to complete.

This summer sees the 60th anniversary of the Euro football championships and to celebrate this milestone the tournament is being held across 12 different European cities. UEFA has created this app to help fans do everything from following the action to searching for ticket availability. It will also be an invaluable source for all of the stats and facts about the tournament which you will be able to personalise to follow your favourite team in the competition.

Shortly after the Euros conclude, the summer of sport will continue with the much-anticipated 2020 Tokyo Olympics. With a number of new sports being included for the first time including skateboarding, surfing and show climbing it is going to be the biggest Olympics event ever. You can gear up for all the excitement with an app that will count down to the opening ceremony which promises to be a real spectacle when it’s held on July 24th.

If you’re more of a player than a spectator, then perhaps 888 poker app is the one for you. It will let you play a hand or two whenever you have the chance and there’s even a free practice mode to use until you get the hang of things. You can choose to play cash games or in tournaments and the controls are quick and easy to understand. It’s also ideal whether you’re a complete novice to the game or are a more experienced player.

With the presidential election coming up in November 2020 all eyes will be on the goings on in and around Washington DC. There’s no better way to keep up with the rolling news about this and other major events both in the US and around the world than by taking out an online subscription to The Washington Post app. The news feed is frequently refreshed, and the menus make it easy to quickly navigate to exactly what you want to read.

Just when we were wondering what the next Snapchat or Instagram was going to be, along it came in the form of Tik Tok. For the few who have never heard of it before, Tik Tok is Vine for the 2020s. Users can post short videos – 15 seconds max – featuring anything they like from memes to jokes and from singalongs to impassioned statements. A lot of it’s fun and some of it is genuinely creative.

When you’re determined to get fit then you need all the help that you can get. Strava can provide some of it at least with records of your bike rides or runs to show how you’re improving over time. To add an extra element of competition, it also shows leader boards so you can compare your performance with others who have taken on the same routes.

Healthy eating is set to become a key food trend in 2020 so this recipe finding app could be essential. With a million recipes, instruction videos and even a built-in shopping list it’s going to make eating in a real pleasure.

Finally, a way to keep your finances as healthy as your diet in 2020. Mint lets you keep track of multiple bank and credit card accounts to show how much you have and where you’ve been spending it. It’s a great way to impose some organisation and discipline on your finances, especially if you’re saving up for something big like a house purchase or a new car.

So, hopefully, you’ll find at least some of our app suggestions for 2020 useful. And keep an eye out for new apps that are being released all the time. In fact, there might even be an app for that too!

Originally published on January 16, 2020 in Software