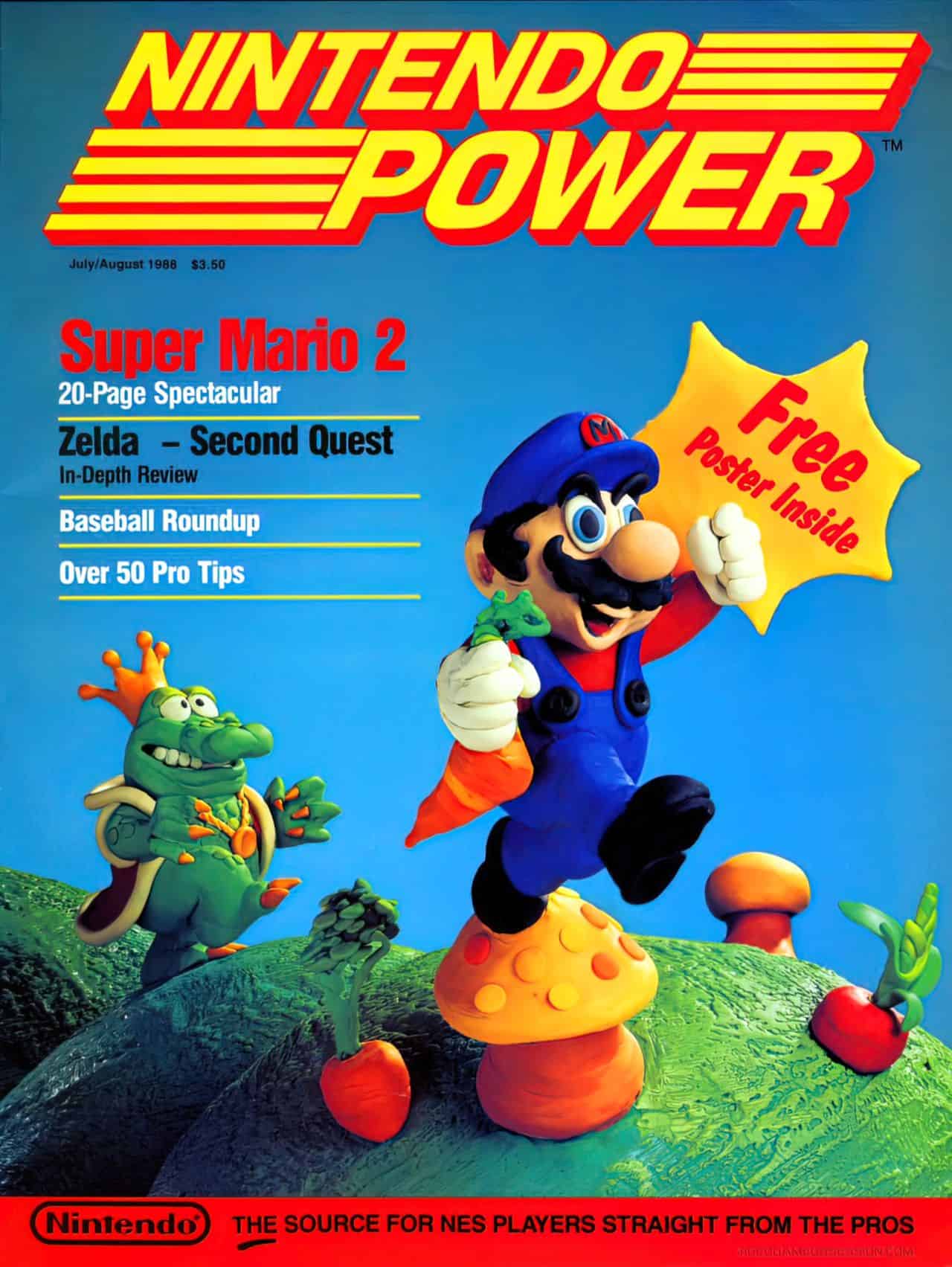 What was Nintendo Power?

For those who may not know, back in July 1988, the first issue of Nintendo Power Magazine was released; a video game news and strategy magazine. It was produced by Nintendo of America, which originated the following month as the official print magazine for North America, by Nintendo. Unfortunately, the journal was concluded by Nintendo in 2007, and then only carried on for an extra five years until 2012 by Future US. The licensing agreement between Future Publishing and Nintendo would no longer be renewed.

The final issue – volume 285 – was released on December 11th, 2012 and subsequently, the San Francisco, California-based magazine would shut down. Fast forward another five years, and Nintendo Power returned as a podcast on December 20th, 2017. It was even hosted by the former editor-in-chief, Chris Slate. The podcast was referred to as a “passion project”, and Slate was eager for Nintendo Power to make a return.

Further into the first episode of the podcast, Chris Slate interviewed the developers of The Legend of Zelda: Breath of the Wild, and even discussed the new Nintendo Switch.

Anyway, back to Nintendo Power itself, what made it so great?

Always there for us

Nintendo Power was like the parent you never had. Stuck at a certain point in your game? You could write to them, and even though you’d have figured out the problem before their letter came back, you would always get that letter back. There was also a Nintendo Tip Line back in the day, for all your inquiries. To think that there was a specific department just to help you get through the tough parts of games was just unbelievably good customer service.

Nintendo Power was there to give harsh reviews for Pokémon games that we didn’t want to hear and was known for rating very harshly compared to today’s standards. Nowadays, we’d just see the numbers 7 through 10 (looking at you, IGN), but Nintendo Power was less afraid to go to 1 than they were to go to 10 in their rating system. If you needed something great, something terrible, or something in between, this magazine was there for you. Tips, tricks, pioneering in journalism, it was all there. So who’s there now?

A great alternative for Nintendo Power, Nintendo Force, refused to let the legacy of the magazine die. The new team of writers, designers, and artists alike banded together to pay homage to the past of Nintendo Power, and embrace its new future by providing new Nintendo coverage in the form of a magazine that is easily accessible and has been ongoing for several years, with hopefully more to come.

Running through the Patreon service, it may not be like the magazines we were all used to 30 years ago, but you can order either a digital or printed copy of your magazine, whichever is most convenient for you. Or even both! Nintendo Force was not founded upon limitations, and if you’re a Nintendo fan, this is a must-buy, along with some Nintendo Power posters to fully represent how much these old and new magazines mean to every fan out there. And of course, they cover titles on newer Nintendo consoles like the Nintendo DS.

Perhaps you want some retro games like Mega Man, some Mario Party figures, or maybe you’re looking for somewhere you can get some Nintendo Power posters from way back when? Unfortunately, they’re unavailable. Gone, poof. However, there are still plenty of reprints and remakes over on Etsy. Retro artwork can be hard to find, but it shouldn’t be!

Is the Legend of Zelda your style? Celebrate almost a decade without Nintendo Power, and almost four decades from the first Legend of Zelda game by sticking this beauty up on your wall. Fancy something less about the games themselves and more focused on the consoles? Pick up one of the promotional Gameboy Nintendo Power posters and bring your room back to 1989. And of course, there is no shortage of Super Mario Bros posters.

They’re all handmade in high quality on glossy vinyl paper, with solvent ink. There are some designs around 24” by 14”, some smaller than that, and some as large as the Smash Brothers Ultimate in-game complete mural poster at a staggering 45”. It looks fantastic, the customer service is flawless, delivery is quick despite the pandemic, and it would be an amazing holiday gift if you’re fresh out of ideas. Don’t miss out!

Is there a complete list of Nintendo Power posters?

Yes, a user by the name of “acidjaguar” has compiled a full listing of every Nintendo Power poster in existence and published it on the Video Game Safe forums. The list can be found here.

How many Nintendo Power magazines are there?

According to the list I mentioned above, there have been 285 Nintendo Power magazines published in total.

Yes, Super Mario World was featured in several issues of Nintendo Power. The game was so popular that it even got its own comic book series spin-off called Super Mario Adventures.

What about teenage mutant ninja turtles?

The Teenage Mutant Ninja Turtles were also featured in several issues of Nintendo Power. The magazine did a crossover with the popular comic book series in 1992.

How about Phantasy Star?

Phantasy Star was featured in the November/December 1988 issue of Nintendo Power. The game was one of the first RPGs to be released on a console, and it was very popular at the time.

According to the magazine, what were the best games for the Nintendo Entertainment System?

The best games for the Nintendo Entertainment System according to Nintendo Power were: Super Mario Bros. 3, Metroid, Zelda II: The Adventure of Link, Mega Man 2, and Castlevania III: Dracula’s Curse.

What was the first game featured in Nintendo Power?

The first game featured in Nintendo Power was Excitebike. It was featured in the inaugural issue of the magazine in August/September 1988.

What did they think about Ninja Gaiden?

The reviewers at Nintendo Power thought very highly of Ninja Gaiden, giving it a rating of 9 out of 10. They praised the game’s graphics and gameplay and said that it was one of the best games on the NES.

I heard that they featured a rare game called Dragon Warrior?

Yes, Dragon Warrior was featured in the September/October 1989 issue of Nintendo Power. At the time, the game was very rare and hard to find.

Was Donkey Kong Country ever featured on any of the covers?

Yes, Donkey Kong was featured on the cover of the March/April 1982 issue of Nintendo Power. The issue also included a poster of Donkey Kong as well as a mini-comic book.

What did they think about the Incredible Hulk game?

The Incredible Hulk game was reviewed in the July/August 1982 issue of Nintendo Power. The game received a rating of 7 out of 10.

Did they enjoy the Killer Instinct fighting game?

The reviewers at Nintendo Power thought that Killer Instinct was a great fighting game. They praised the game’s graphics and gameplay and gave it a rating of 8 out of 10.

How did Pokemon Power magazine compare to Nintendo Power?

Both magazines were quite popular with Pokémon card enthusiasts, but Nintendo Power was more popular. It had a wider appeal and featured a lot more games than Pokémon Power.

The Creepiest Cursed Roblox Images You’ll Ever See: What Are They?

Why Are Russians So Good At Chess? Secret History Revealed