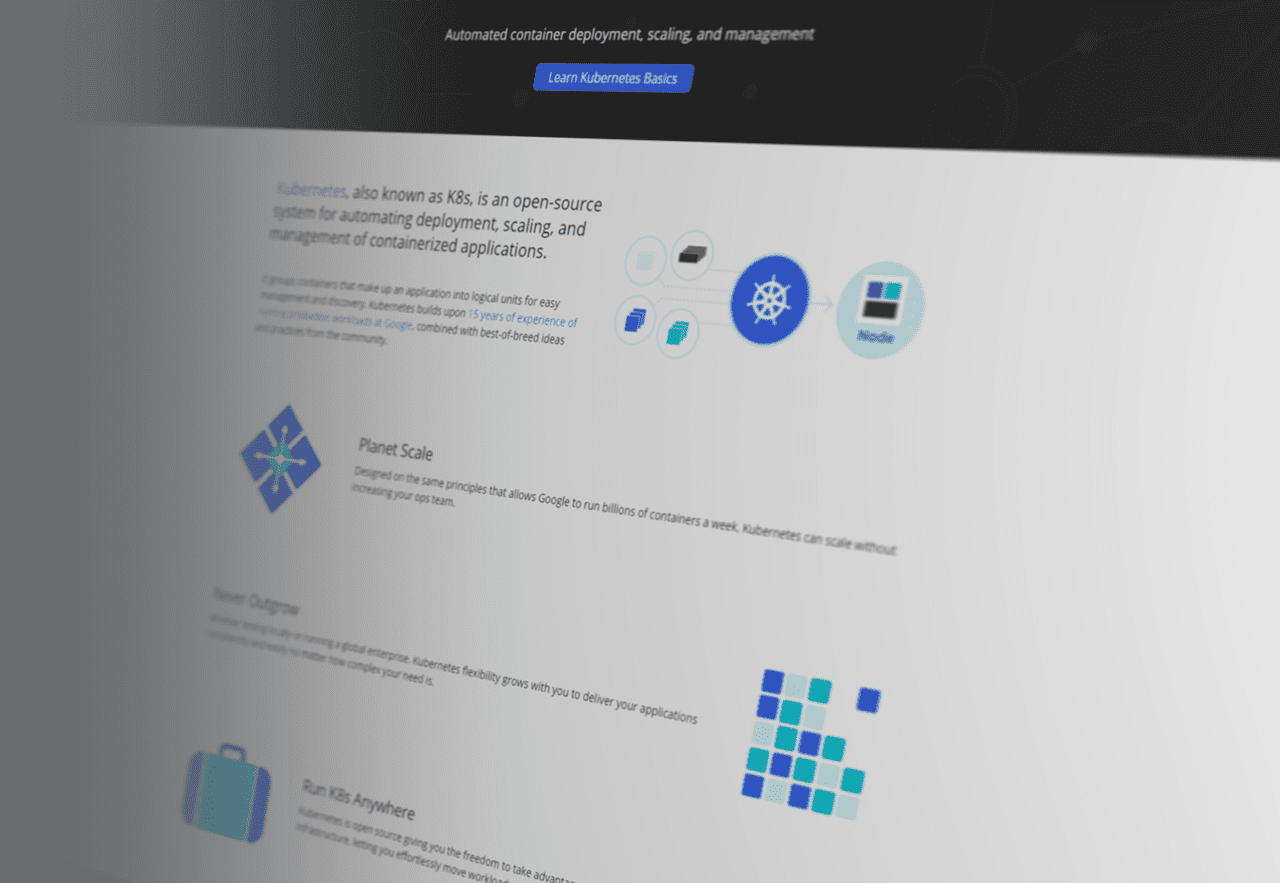 Kubernetes clusters, unified by tools like SUSE Rancher, have made a name for themselves in the business sector. By definition, a Kubernetes cluster is a set of nodes for running and orchestrating container applications, a valuable tool for any entrepreneur looking to streamline operations and ensure enterprise-grade security.

For those tech whizzes in the making, containers are the different processes needed to keep software, such as an app, running. These containers band together to keep things operational, and Kubernetes manages each of those containers.

If you still identify as a Kubernetes rookie, read on to find out everything you need to know about this relatively new and exciting platform.

To start, Kubernetes is a Greek word that means “pilot” or “helmsman.” Popularly known as K8s, it is an open-source framework designed to ease the process of managing containerized workloads and services.

Kubernetes was developed in 2014 by three Google engineers, inspired by their company’s cluster manager, Borg. Reflecting that influence, Kubernetes was originally designated Project 7, after Star Trek Voyager’s Borg character, Seven of Nine. In 2014, Kubernetes was made freely distributable by Google.

While Borg was written in C++, the redesigned Kubernetes project utilized Go, a programming language developed by Google.

How does Kubernetes work?

It works by creating clusters. A Kubernetes cluster is a collection of nodes (which are worker machines) used to run containerized apps. That means if you are running Kubernetes, you are also operating on a cluster.

A cluster must have a control plane and one or more compute devices or nodes. The control plane is tasked with keeping the cluster zeroed in a task. For example, a control plane assumes responsibility for assigning which apps are active and which container images are used.

The control plane interacts with nodes on when to produce and remove containers, and each node houses units of one or more containers (which include your apps). Simultaneously, it instructs nodes on how to redirect traffic in light of updated container orientations.

Four top reasons why you should use Kubernetes

Kubernetes resolves some of the most collective glitches expansion and operations crews encounter daily. Below is a short review of why Kubernetes is a handy tool to have in your corner.

Containerization saves time by combining software code with all of its essential modules and components into a single package that delivers a consistent environment irrespective of whether the code is in development or operational.

Kubernetes employs a high-tech cloud computing tactic that permits firms to unite the benefits of public and private cloud computing models, matching workloads to the smartest choice for the work and moving them between the two as required.

K8s has an updated OS accorded with high safety capabilities to minimize bugs and code malfunctions.

It is an established, dependable solution that can streamline cloud complexity. Thanks to its versatility and reliability, Kubernetes has amassed thousands of IT users since its 2014 release.

Kubernetes is a game-changer for DevOps because it enables teams to keep up with digital age software development demands. Kubernetes lets us get the most out of containers and create cloud-native applications that can operate anywhere, regardless of cloud needs.

It is, therefore, a handy platform. With daily new deployments, every techie newbie should try to comprehend and use Kubernetes.

The Mathematics of Slot Games Online