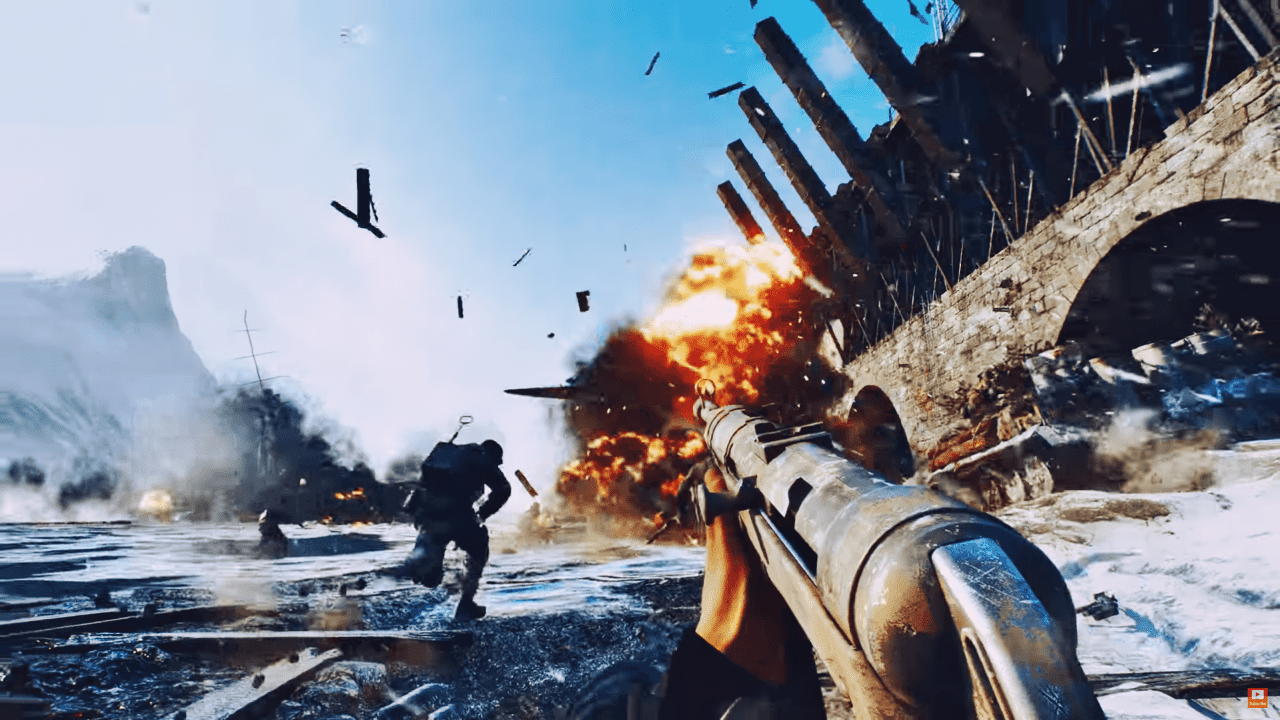 For a first-person shooter and wargame lover, Battlefield is one of my favorite franchises. Ever since Battlefield V launched in 2018, this game has received a lot of mixed reviews from critics and gamers.

Upon launch, most of the gamers, critics, and website metrics have given favorable reviews and welcomed warmly its multiplayer modes and gameplay. But later, Battlefield V was criticized for its lack of innovation and shortage of content.

In 2022, if you’re wondering, is Battlefield 5 dead or still kicking, then we are ready to give you an honest and detailed answer throughout our full article.

So let’s check out to find the truth!

The answer to this question is much more complicated than a simple yes or no. The game has been out for over two years and it’s still being played by many people. It may not be as popular as games such as Call of Duty, but there are still dedicated players who enjoy the game.

That said, there is no doubt that the game has lost some of its appeal in recent months. This can largely be attributed to the negative press it received after launch and the lack of new content updates.

However, EA appears to be committed to Battlefield V and plans to support it for at least another year. So we wouldn’t say that the game is dead just yet – but it’s certainly not as popular as it once was.

Why did Battlefield 5 fail?

Battlefield V failed due to its lack of creativity, repetitive campaigns, and generalized objectives typical in mainstream entertainment games.

Instead of providing a new experience to the Battlefield series, Battlefield V comes off as a bland variation on typical mainstream entertainments games while appealing minimally to hardcore gamers. Also, the game failed to make use of improvements in animation technologies that are discussed in this article by Animation World Network Industry Analyst Steve Wright. The reason was – it didn’t have enough gameplay variety to portray what could be called an innovative idea according to EA’s company.

Battlefield V sales were significantly low, even though the campaign was advertised on billboards and posters in various locations. The game sold nearly seven-point-three million units within an estimated two-month period, but it is unknown if the company’s advertisement strategy contributed to this outcome because there wasn’t anything creative about its ads.

In conclusion, Battlefield V failed due to a lack of creativity and repetitive campaigns that appeal mainly towards mainstream entertainment consumers rather than gamers who enjoy taking risks for a new experience.

Why Are Players Quitting Battlefield V?

Battlefield V is a great game, but some things need to be fixed. One of the biggest problems is that players are quitting the game because they feel like they can’t win.

In the game Battlefield, which features realistic terrain and vast maps, visibility is a serious issue. It’s frequent for players to feel “deleted” by individuals who they never see.

According to Freeman, when players fail to identify a danger fast enough in close-range fights, they should lose them. However, DICE wants to modify the experience so that players can feel that they will not just die, instead, they can overcome or react to this situation.

In short, players can snipe each other from long range with weapons that weren’t meant to deal out that much damage, and it makes the game feel unfair.

Another issue that is turning players away from Battlefield V is the number of hackers in the game. Players are quitting because they can’t seem to win against people who are using cheats. Battle Eye was announced a long time ago, but it seems like it’s not doing enough to stop people from cheating.

According to some reports, it takes up to two weeks to catch someone that is using cheat codes in the game. We choose to play on PSN instead of on PC just so I don’t have to worry about dealing with this problem.

We feel bad for those of you that can’t just come home from work and enjoy a few rounds of Battlefield V.

The game has so much potential, but it’s hard to enjoy when you’re constantly getting killed by people that are using hacks or can’t seem to see you. Hopefully, the developers will start to fix these problems soon. Otherwise, more and more players will continue to quit the game.

Another main reason seems to be the lack of bug fixes. This game has great potential if the devs treated it with the same love Dice LA did with BF One. There are so many bugs in BFV, and many of them stem from beta. Alone, there are six or so bugs that make you force quit the game.

These include problems with matchmaking, server lag, and crashing. In addition to these issues, there are also numerous glitches that players have encountered since release. Some of these include weapon camos disappearing, dog tags not registering properly, and vehicles getting stuck in terrain. Clearly, a lot more work needs to be done before this game can reach its full potential.

In my humble opinion, Battlefield 2042 is better than Battlefield 5 because it has a timeless appeal. Unlike the other five iterations of this series, 2042 is not tied to any particular political event or ideology. It doesn’t have a “time limit” set on when the game was made.

So, you roll with whatever ideology or team represents your country or whatever you believe in to get behind. But we found that boring after a while because there’s no thought put into any of the battles in which you’re killing people from the opposing side – no consideration for what they might be fighting for or why they’re doing it. You can’t find that same connection that helped make these games feel like more than just shooting perfect aim dots.

Battlefield 2042 is better than Battlefield 5 for the following reasons:

Battlefield V ended up being a failure, and DICE should learn a valuable lesson from the game’s disappointing run to ensure their next title avoids the same fate. Battlefield 2042 was an amazing game that players still talk about today, and DICE would be wise to take a look at what made it so successful and incorporate those elements into their next title, which I’m hoping is Battlefield 2143.

Battlefield V has been out for a while now and there are some clear mistakes that EA and DICE have made with the game. After the release of Battlefield 5, developers DICE were working on multiplayer for the game.

One of the main problems with Battlefield V is that it’s just not very fun. Players have complained about a lack of content, and DICE has since promised to add more in future updates. But there are also other issues at gameplay here. The game is simply too chaotic, and it can be difficult to tell what’s going on. This makes it difficult to strategize or coordinate with your team, which ultimately kills the enjoyment factor.

So far, it seems like DICE is aware of these mistakes and is working to correct them. But it remains to be seen whether or not they’ll be successful. With this Battlefield being the franchise’s representation until 2022, it’s clear DICE has their work cut out for them. They have identified the reasons why players quit, but it’ll likely take a great deal of work to solve those issues and try to bring new players in as well.

Of course! The new customization update arrived in April. I did not think there would be a new content drop so soon, but it sounds like EA was listening to players’ feedback. There are over 30 new World War II-inspired skins that are also new. You can customize your soldier’s clothing, weapons, and vehicles to get ready for all of the patriotic battles ahead.

Battlefield V is gaining more fans with the major update that just arrived in April. The new customization update includes a myriad of customization options for infantry, vehicles, and air support. It’s been made possible by releasing new weapons skins and other bits of gear sets too so you can dress up or finally get a special skin for your vehicle!

Additionally, it even has two Rank Progressions! There’s one for guns and one for obtaining points. This newest fix will have you striving to earn more points while trying out some new weapons to get that next rank up without needing any boosts from boosters – it’s all about your battlefield skills now! So whatwhich are you waiting for? Let’s Go!

If you are looking for a great shooter to play with your friends online then check out Battlefield V! You don’t want to miss all of the new updates and improvements DICE has made since the release date. With over 20 years left in this franchise, we can expect more amazing features coming soon from DICE.

The release of the newest expansion, Battlefield 2042 has been a hit. With new weapons, multiplayer modes, and more to come in 2020 with their next update – we can’t wait for what’s to come from DICE. There are always gamers who want something different so they might be playing other games but there are still plenty of people out there on battlefield 5 right now. Join them today!

Gambling in the Star Wars Universe

Into Gaming? 7 Reasons To Become A Unity Developer