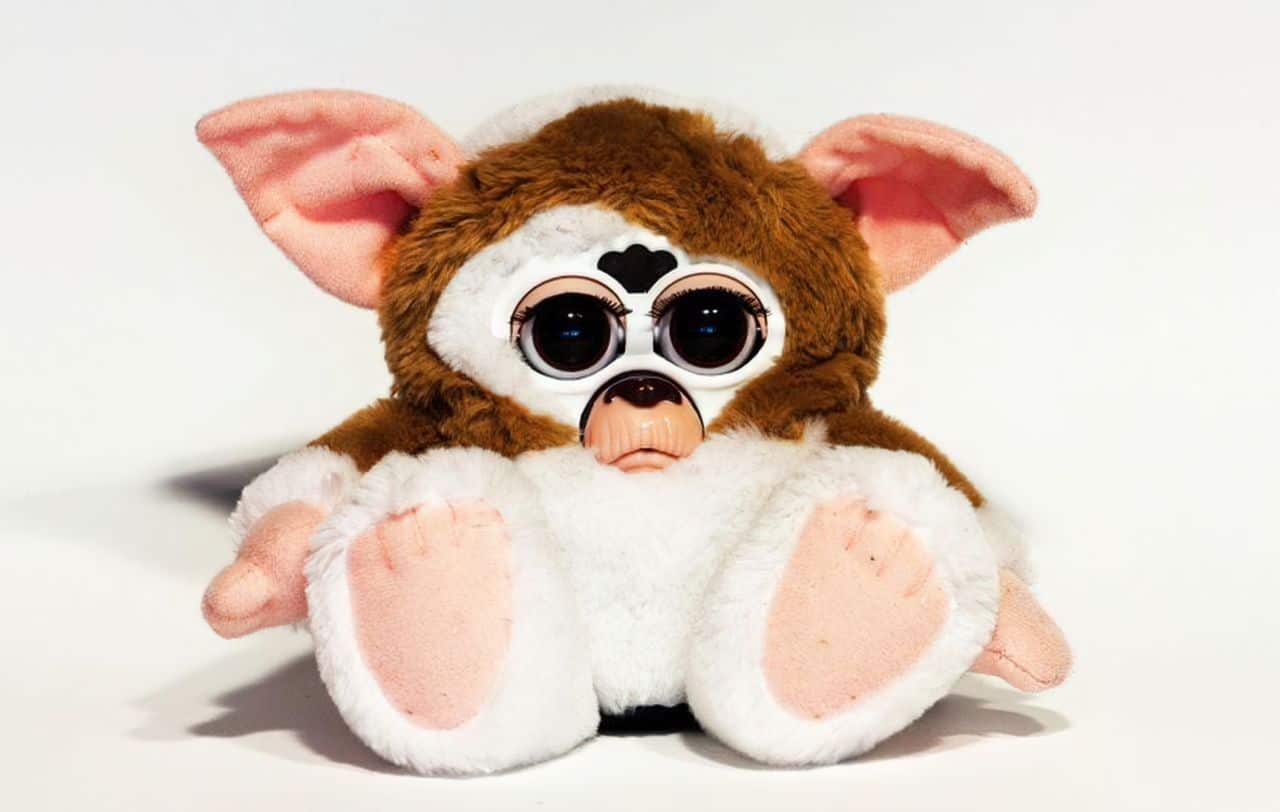 Were you able to see the similarities between the Gizmo Furby and Gizmo from Gremlins? I was going to say that only one of them is a scary creature, but that would be a lie. If you watch Furbies videos on YouTube, you’ll see that he is a bit of a mischievous little creature.

As with other items like clothes and shoes, children had their version of “it” toys-the ones they begged for their parents to buy, wished upon a star, or wrote to Santa Claus asking for the toy (usually followed by promises of being nice and not being naughty anymore).

In 1998, the toy topping children’s wish list was the Furby, an electronic pet from Hasbro company Tiger Electronics. The toy sold millions that year! It was a favorite among children that it was still a massive bestseller in the 2000s.

Furbies look like a fluffy cross between a small teddy bear and an owl. They have huge ears and feet. Furbies are colorful and lovable, so parents tend to get them substitutes for real pets. They allow kids to take care of them without the mess and maintenance of an actual living pet.

How the Gizmo Furby was born…

Even though the Furby line pioneered similar domestic robot toys, there was something distinctly familiar about the little furries. Consumers quickly realized that Furbies looked a lot like Gizmo from Joe Dante’s Gremlins, and Hasbro found themselves possibly facing legal trouble when Warner Bros. approached them.

The case was a lawsuit waiting to happen; luckily, in favor of the toy-makers, Warner Bros continued to honor their good working relationship with Hasbro and collaborated with them in 1999, releasing a special Furby directly modeled after Gizmo. This collaboration was a hit as more than 250,000 pieces of Gizmo the Furby were sold in stores worldwide and into the hands of eager Gremlin fans and wannabe pet owners.

This release did confirm that Furby’s resemblance to Gizmo was more than just a coincidence and had conspiracy theories nodding their heads in agreement. Adding arms and legs and changing the color were all necessary to transform the robotic pet into what was instantly recognizable as a Gizmo toy. Most consumers were unaware of what happened behind the scenes that resulted in the controversial toy’s development.

In 2015, Joe Dante addressed the controversy in a Reddit Ask-Me-Anything session, where he confirmed the Gizmo Furby origin story when asked what he thought of the toy line from the late 1990s.

The Limited Edition Furby was advertised through a fun commercial (below), miming the scene from Gremlins where Rand Peltzer acquires Gizmo. Despite the small screen advertisement describing the guidelines of owning a gremlin, the toy responds to the same stimuli as traditional Furbies, able to communicate when pressed on the chest and interact with other Furbies.

It turns out they’re still available on internet auctions…

Gizmo Furbys are rare these days due to their limited availability, but a search on eBay at any given time will reveal a handful of the toys up for grabs for the right price. As of this writing, mint-in-box figures sell for $200 upwards, whereas loose unboxed figures go for around $50. In any case, Gremlins fans were delighted with the toy, which is bound to become an unforgettable artifact of horror history.

Many other Gremlin artifacts were collected by fans and collectors alike, but Gizmo Furby is the most sought-after of all the Gremlin toys over the years. Not only is the toy popular among children (being first released as an electronic pet rather than an alien species,) but Gizmo being the perfect Mogwai also brings us the sweet, lovable character we cherished from the movie. Aside from his adorable nature, Gizmo is also a kickass creature that can handle the rest of the vicious, troublesome Mogwais (that were accidentally spawned from him!).

Will we ever see another Gremlin Furby?

It’s unlikely. As mentioned, Gizmo Furby was created as a result of a collaboration between Hasbro and Warner Bros, and it’s doubtful that such an arrangement could be repeated given the current state of the toy market. So if you still have any Furby toys, especially the Gizmo Furby, cherish them! They may be the closest we ever get to a new Gremlin movie.

How do I take care of my Gremlin Furby?

The same way you would take care of any other Furby! They need to be fed, given water, and played with frequently. You can find more detailed instructions in the included care booklet.

What if my Gremlin Furby gets wet?

If your Gremlin Furby gets wet, dry it immediately with a soft cloth. Water may damage the electronics inside.

Could you give me a short Furby history lesson?

Furby is a robotic toy created by Tiger Electronics in 1998. The toy was designed to mimic the appearance and behavior of a real-life animal, specifically a hamster or owl. Furbies became one of the most popular toys of the late 1990s and early 2000s, selling over 40 million units worldwide. In 2005, Hasbro purchased the Furby brand from Tiger Electronics and released a new line of Furbies in 2012. The new Furbies were designed to be more interactive than their predecessors, with the ability to connect to smartphones and other devices.

Was there ever a Furbies movie?

No, but an animated television series, Furby Island, aired on the Fox Family Channel in 1999. The series followed the adventures of a group of Furbies as they attempted to find their way back to Furby Island after being stranded on a remote island.

Are there any other Furby-like toys?

Several toys on the market mimic the behavior of Furbies, but none are quite as popular. Some notable competitors include the Zhu Zhu Pets, WowWee Robosapien, and Tamagotchi.

Whether you’re a fan of Gizmo or not, it’s hard to deny his influence on pop culture over the years. The little furry guy has been around for a long time and doesn’t seem to be going anywhere anytime soon. With a new Gremlins movie in the works, we can only hope that this beloved character will make a comeback on the big screen. And, of course, we’ll no doubt see a new batch of action figures and baby Furbys for the kids, among other things.

For now, we’ll have to content ourselves with his appearances in Furby form.

How Long Do Gaming PCs Last? Everything You Need to Know About PC Lifespans

Is a Quad HD Phone Right for You?