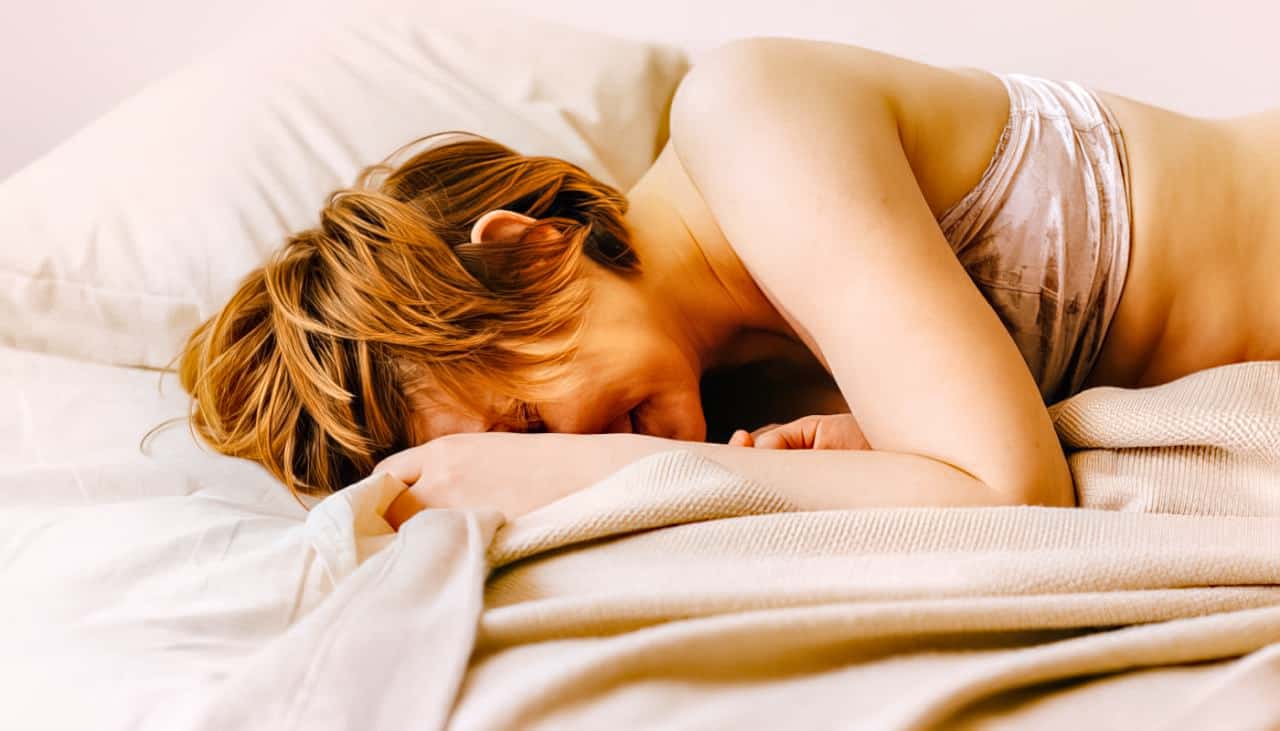 To make your lives easier, we’ve compiled a list of 6 easy tips we have for you, so that you can satisfy her better and have better sex overall.

Satisfying her better starts before any sex even happens. To make sure she has the best experience, start by creating a relaxing environment. Turn off your alerts, put your phones on silent or move them to another room, and turn off the TV. Do your best to remove any distractions that might stress her out, like kids or outstanding chores and errands. If you want to take it a step further, light some candles, run a bath, put on some soft, romantic music. Anything that will help to create a calm, relaxing environment will help her to better loosen up and enjoy the sex you two are about to have.

One of the biggest lady boner killers is having a partner who is impatient or distracted during sex. If you’re rushing her to orgasm, chances are, she’s going to either gets pissed off and leave, or fake it just to get it over with. If you truly care about her pleasure, you need to carve out a good amount of time for her, and be present.

For women, the mental connection strongly influences the strength of the orgasm. The more connected she feels to you, the better it’ll feel for her – so make sure she knows how you feel about her, even if you have to say it out loud before things get heated. Heck, it’ll probably make things get heated in the first place.

A mistake that so many guys make is by skipping the first 6 (or even 4 or 5 of them) and going straight for the V. By doing this, you’re depriving your woman of so many different sensations of pleasure that would have her eyes rolling back with satisfaction. Try teasing your partner on each of these erogenous zones in different ways and see what she responds best to.

If you’re an analytical person, think of it as pushing a bunch of buttons on a computer until you get the right formula (except, don’t actually touch her like you’re pushing buttons). Instead, try gently dragging your fingertips, licking, nibbling, sucking…get creative and make sure you pay attention to how her body reacts. If her breathing is getting deeper, moans are escaping her lips or she’s gripping the sheets, you’re doing something right.

The clitoris has no other function on a woman’s body except to provide pleasure. How crazy is that? Most women can’t even reach orgasm without any clitoral stimulation involved. And yet…so many guys still don’t give the clitoris the attention it deserves.

If you want to make sex more pleasurable for your female counterpart, you need to give the clitoris some love. When you’re making love to her, reach your index finger towards the top of the vulva (the inner and outer lips), and get under the clitoral hood to touch the clitoris – then rub it gently as you stroke. When you’re performing oral, try focusing primarily on the clitoris with your tongue and see how she reacts.

Sex toys are great for so many reasons. First, since women generally take longer than men to orgasm, bringing in toys takes some pressure off you. Second, sex toys help to make certain positions and sensations that wouldn’t be possible using only our bodies, possible.

Some women can go for over an hour before even thinking of calling it a night, so by bringing some toys into the mix, you’re doing both you and her a favor.

If you’re reading this as a fellow geek, you might suffer from perfectionist tendencies. And while this trait has done wonders for your career, it’s not always the best for doing the dirty.

Sure, wanting to perform at your best isn’t a bad thing, and can actually make you a better lover if you utilize your perfectionism in the right way. By paying attention to your partner’s reactions to what you’re doing to them, you can pinpoint what they like and spend time focusing on fine tuning your skills to get even better at that move or type of sex.

However, your perfectionism starts to hinder you when you begin to obsess over how she’s reacting, and go hard on yourself if she’s not screaming with delight and telling you it’s the best sex she’s ever had.

While you’re in your own head worrying about how you look, how you sound and how you’re performing, she’ll be staring right back at you, feeling insecure herself because you look disconnected or even straight up disturbed. It’s not easy to put your perfectionist tendencies to the side during sex, but if you do, you’re guaranteed to make sex a lot more enjoyable not just for her, but for you too.

Do Robots Hold the Key to a Manufacturing Boom in Europe?

A Potential NFT Opportunity with Gaming and Gambling