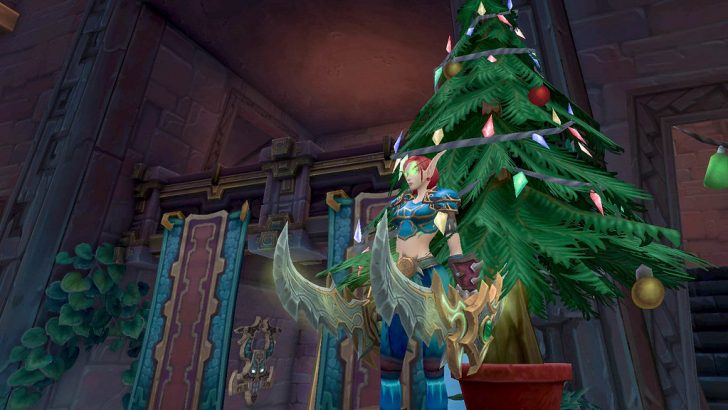 They give new meaning to the word overkill!

Unlike primo sources of cheap WoW gold, it’s no secret that certain passive abilities and skills in the long history of World of Warcraft have had insanely formidable effects. Many WoW fans over the years have come to rely on them to save their hides. But strong as some may be, there are those that are so overpowered that they give new meaning to the word overkill. With these in your arsenal of moves, you won’t have to bother scurrying for resources to buy WoW gold.

While a counterspell typically locks a single school and must also be timed perfectly in order to interrupt a spell that’s being cast upon you, its improved version can be cast any time as a silence. Doing so results in the stoppage of all casts for four glorious seconds. Instant spells are also included here, by the way. With that duration and the added benefit of silence, it’s no wonder it’s got the word “improved” added to its name. To this day, it’s considered one of the best. Imagine how formidable it was when it had a passive silence as well!

Few things are as satisfying than putting a gag on would-be opponents. And once you reach level 25 as a warrior, you’ll be able to do just that with the Glyph of Gag Order. Having a silence on top of the normal interrupting components of Pummel surely put opposing forces in their place. It’s no wonder it got toned down a bit during patch 5.1.0. Still, those who remember its heyday will attest to its formidability.

Being on the receiving end of a pummeling is no fun. That’s why Dematerialize has been known to be the best friend of many a monk over the years. As you phase out, you’ll basically frustrate your attackers as you won’t sustain any damage for 2 seconds—so big a deal even if it’s so short a duration. It’s worth noting, though, that it also comes with a 10-second cooldown. This overpowered talent only existed in Mists of Pandaria.

Your attacks can trigger a beam and deal damage equal to 18.00% of your health

As if having a kickass name wasn’t enough, Twilight Devastation literally pulverizes all enemies before you. How’s that for overpowered? It was a random enchantment on gear that came along at the end of the Battle For Azeroth expansion. As if its damage wasn’t enough, you could even further increase the beam’s output by simply increasing your maximum health (usually by stacking stamina) or by acquiring equipment that also dealt Twilight Devastation.

Was there ever any doubt as to which was actually the most overpowered? The aptly-named Reckoning Bomb made its presence known after a patch in Vanilla WoW that allowed Paladins to unleash Reckoning that gave them an extra attack on their offensive every time they were on the receiving end of a critical strike. This was such a big deal that you could afford to take a critical hit since you can stack up an ridiculous amount of Reckoning! Needless to say, its effects were so devastating that you could actually kill your opposition in one shot. Even 40-man raid bosses were no biggie as you could dispatch them in a matter of seconds!

Some passive abilities and skills are so-so, and then there are these. With their sheer force, it’s easy to tell why they were the go-to skills of hardcore WoWheads. You can practically pummel through opposing players and earn a ton of WoW gold and rare WoW items like it wasn’t a big deal!

What do you think of these World of Warcraft passive abilities and skills? Did you have first-hand experience using them or did you use others that you think are far more overpowered? Do share your thoughts. Leave a comment below!

Originally published on January 20, 2021 in Gaming