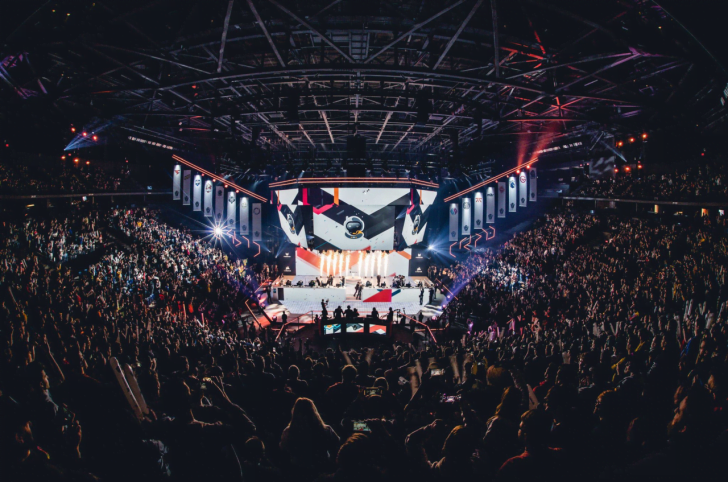 Will The Rainbow Six Invitational Still Happen This Year?

What is the Six Invitational?

Developed by Ubisoft Montreal and published by Ubisoft, Tom Clancy’s Rainbow Six Siege is a tactical shooter video game that has risen in popularity in recent years, and has had many international competitions worldwide. Most famously is the Six Invitational (S.I.), an annual professional competitive tournament that pits the best teams across all four regions (North America, South America, Europe and Asia-Pacific/APAC) against each other. The winner receives global prestige, a greatly-forged trophy, and a large sum (33.3%) of the $3,000,000 prize pool.

What happened to the event?

Leading up to S.I., things started to head downhill quickly because of the pandemic, which started shortly after S.I. last year which took place in Montreal, Canada, the home of Ubisoft’s development studio in mid-February 2020. However, Ubisoft ensured fans that the event would still take place this year, despite the pandemic.

To maintain as much competitive integrity as possible, the event must happen in a Local Area Network (LAN) environment – where all teams are in the same physical location and thus do not suffer penalties from playing across the world from one another. S.I. in 2021 was to take place in Paris, France as opposed to Montreal where it had taken place for the past five years.

Heavy restrictions were put in place to allow the event going ahead. This included a maximum of six people per team authorized to participate – usually meaning each team’s five players, and their coach or owner. Upon arrival, each team would have to self-isolate at their individual hotel rooms, and were not permitted to mix with other teams inside or outside of the event. Regular PCR tests would take place, masks were to be worn at all times, rigorous sanitation would continue throughout each playday, and any team knocked out of the tournament would have to leave France within 48 hours. Last but not least, there would be no audience, which was unfortunate but expected news for fans across the world, hoping to support their favorite teams in person. Unfortunately due to the global pandemic, France’s restrictions tightened, and not even the tough restrictions put in place could save the event from being postponed indefinitely.

Wildcard Gaming, a professional Siege team from the APAC region released a statement on Twitter leading up to the event, stating that they “will be unable to attend the Six Invitational 2021” as the Australian Government denied their request to leave. Australia went through ranges of lockdowns from March 2020 to October 2020, another short lockdown in December, and now another lockdown that was announced today. This does not bode well for other APAC teams such as Giants Gaming, Cloud 9 and Cyclops Athlete Gaming in having a chance to compete as well. Since Wildcard Gaming were already denied through the permit system, will have to apply again, which will likely yield the same outcome for the coming six months.

It goes without saying that many other teams, countries, and other Esports have been cancelled or largely affected by the pandemic – including the third Overwatch League season reworks and cancellations; ESL Pro League Season 11 for Counter Strike: Global Offensive being played entirely online; the League of Legends Rift Rivals and Mid-Season Invitational being completely cancelled; and so much more.

So, will S.I. still take place this year?

Unfortunately, an international event like Six Invitational requires months of planning in advance, and after the first postponement, there is a very minimal chance that S.I. will still take place this year, unless a miracle happens. That said, the event is still being promoted with the introduction of Esports pack drops and charms for watching Rainbow Six streams on Twitch.tv; there is a Battle Pass in-game for more rewards; a Road To S.I. event featuring a new map; the R6 Share program which promotes competitive teams; and lastly, the Memevitational 2021.

A ‘celebration of all things Siege’ is a community-driven event in place of the Six Invitational, starring players and content creators across the world in a more positive event, in light of all the dark news we’ve been getting surrounding international events recently.

Former analyst of Chaos EC and G2 Esports, Jack Allen (@FreshR6S on Twitter), and professional caster, Derry Holt (@Dezachu on Twitter) are the masterminds behind this celebration of the Rainbow Six community, and aim to bring to life a competition with fantastic team compositions, an uncommon selection of maps and gamemodes, and most lovingly, some much-needed fun.

There isn’t much hope left for the Six Invitational as the pandemic seemingly grows stronger by the day, and I think we can all agree it’s been one big bad year. However as the name suggests, the Memevitational 2021 hopes to bring some memes into full fruition and bring back Siege Esports in incredible fashion, coming next weekend. You can find out a little more here.

Originally published on February 15, 2021 in Gaming