As I get older, I thought I would lose interest in camping but it’s actually the exact opposite. I’m almost at a point where I can pretty much live outdoors in a tent for an extended period of time without any issues. But of course, my style is a tiny bit on the “Glamping” side and I always choose campsites wisely which means there is access to running water…and maybe flushing toilets and showers. Okay okay, I’m not a true outdoorsy type of person. But if I was, the MSR SweetWater Purifier System or something similar would be in my arsenal of equipment.

The SweetWater Purifier System protects you against bacteria, protozoa, and viruses. The kid includes a SweetWater Microfilter, two color-coded silicone hoses, an 80-micron stainless steel pre-filter, foam flaot, cleaning brush, a Universal Bottle Adapter, and ViralStop Purifier Solution. The system is very simple to operate. It works by the user pumping water through the purifier followed by adding five drops of the ViralStop Purifier Solution, and then waiting about five minutes for the purification process to complete. 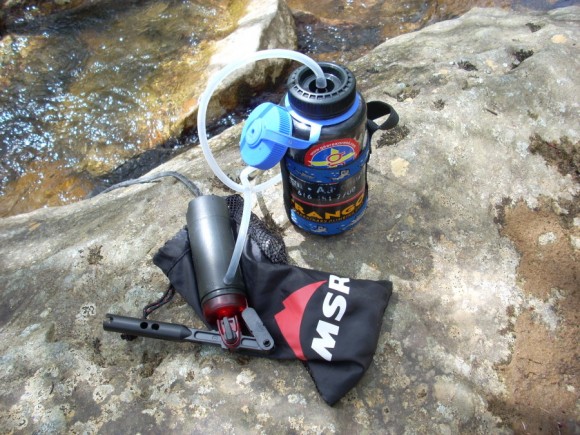 The Purifier Solution is able to inactivate 99.99% of bacteria, waterborne viruses, and common protozoan parasites (giarida, cryptosporidia) so you are able to fully enjoy your outdoors adventure or focus on surviving when in a sticky situation out in the bush. Another advantage of this system is that it is able to eliminate particulates, awful tastes, odors, and no more bad-tasting iodine!

The MSR SweetWater Purifier System is available for only $99.95 on Amazon.

Originally published on September 22, 2015 in Gadgets