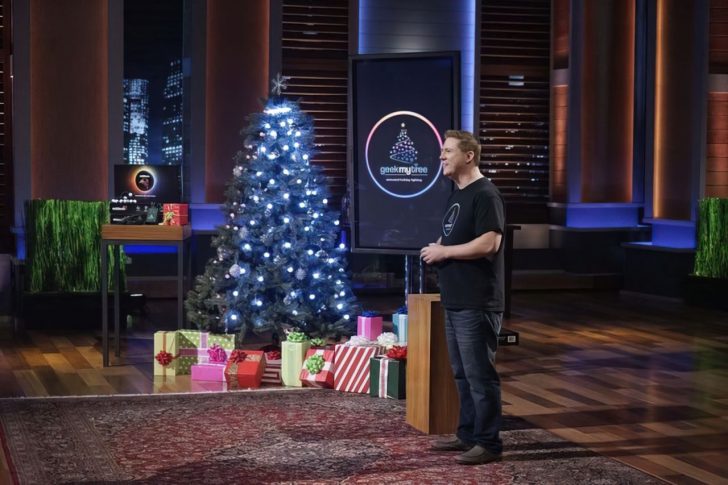 Geek My Tree – Nerd Up Your Christmas Tree With GlowBalls

Want to change the world?

Why not positively disrupt an industry that has existed for more than 2000 years?

Think it’d be a tad difficult? then you’re in luck, as it turns out, difficult things are the specialty of Brad Boyink and his team at Geek My Tree, they will literally geek your tree, helping to put excitement into the age-long tradition of Christmas tree lighting. They have created art around the basic, mundane task of Christmas tree decorations, with their one-of-a-kind animated lights that enhance the holiday experience. The unique lights are sure to fascinating story guests will remember for a long time.

What the heck is Geek My Tree?

Geek My Tree is a notion on comfort-living, the company believes the holidays are a time to be spent with the people you love and wouldn’t have you spend hours decorating your Christmas lights which is why they have designed their lights to set up in three minutes. I personally believe it is one of the more functional products out of shark tank in recent times

Originally launched in 2015, GeekMyTree transforms any tree into a masterpiece in minutes. All a customer has to do to get the glow, is unbox it, fix the clip to the top of the tree, plug it in, then set up the color and the time interval the light switches, users can switch between as many different colors as they can imagine. It sells for $99 at locations within the US and on Amazon, you can also get a version that plays music as the light changes for an additional $199. You can also set the lights to play according to your mood, which will come in really handy for when you just want to relax after those long evenings with guests. The company has another product such as the Party Pixels which sells for $34.99.

In my opinion, what really sets Geek My Tree Glow Balls apart from other tree lights is the fact that the major iterations and product improvements are based on customer recommendations. None of this stuff takes a computer science degree to setup either, so if you hate computer science, you won’t have any issues.

For instance, it used to run with an app and was a lot pricier, retailing for $399 without add-ons. Some of the early adapters discussed it with the CEO Brad Boyink and off went the app, the lights can now be operated with battery-powered remote controls. One other thing that has changed is the price point, the glow balls retail for $99, customers will have to part with an additional $100 to get the version of the lights that are synchronized with music.

Where can I get one?

Although the company has built an impressive product, some prospective customers haven’t been able to make purchases as the product is not easily accessible, our findings show that the company website(www.geekmytree.com) has been down for some time. This, by itself might not be indicative of anything wrong with the company, but just make it a bit more difficult to business with them, whatever the case may be, we hope they’d resolve it in time so customers can continue to enjoy this unique innovation. We certainly don’t want to see Geek My Tree as a modern-day economic martyr as they have proven the concept as viable, and a host of competitors are now swarming the markets eager to take their place.

Would I recommend Geek My Tree glow balls and synchronized lights? Yes, 100%. The company makes beautiful, durable and innovative products, I would just prefer if they worked with more distributors to make the product more readily available.

In the words of the presenter on Shark Tank presenter “my kids will love this”, I’m sure your kids will too.

Originally published on February 10, 2021 in Gadgets