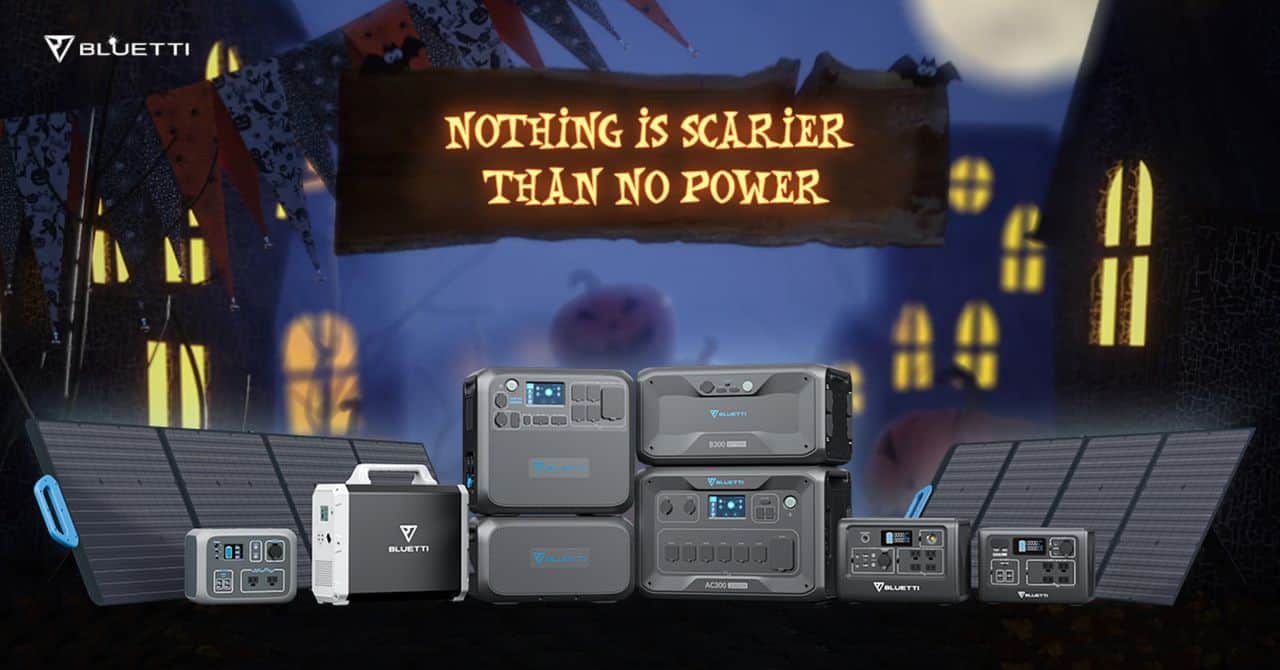 The off-grid power solution leader BLUETTI has launched their flagship product of the year back on September 15: the BLUETTI AC300 portable power station and the B300 external battery. Within two weeks, the first batch for the debut sale was sold out!

After a month of being sold out, Bluetti’s AC300 and B300 modular battery packs are now back for Halloween.

You won’t be scared out of your mind with these spooky deals! You can save up to $3900 OFF with bundles, which will make your back catalog a little scarier!

Check out what’s in store for you:

This Halloween, Bluetti is offering up to $3900 OFF on its AC300 bundles. Check out the best deals below:

The Bluetti EB55 comes in a unique pumpkin color tone that’ll be perfect for Halloween this year.

Its tech specs include:

The portable Bluetti is available for just $449 and comes with extra discounts when you bundle it with solar panels. Read more here:

The AC200 MAX is an upgrade of the popular AC200P that brings a range of new features.

BLUETTI’s AC200Max and B230 have been instant hits since the launch. And for the spooky holiday sale, they offer a $200 OFF for the AC200MAX, starting at $1899, and astounding savings on related solar and extension products.

How to Join & Time

The Halloween sale will begin on PDT 28th October 2021 and end on November 4, 2021. This event is global, which means you can participate from anywhere in the world. Visit our website at www.bluettipower.com for more information.

How to Protect Your Electronics and Gadgets from Damage

Benefits of Lighting Automation in Homes