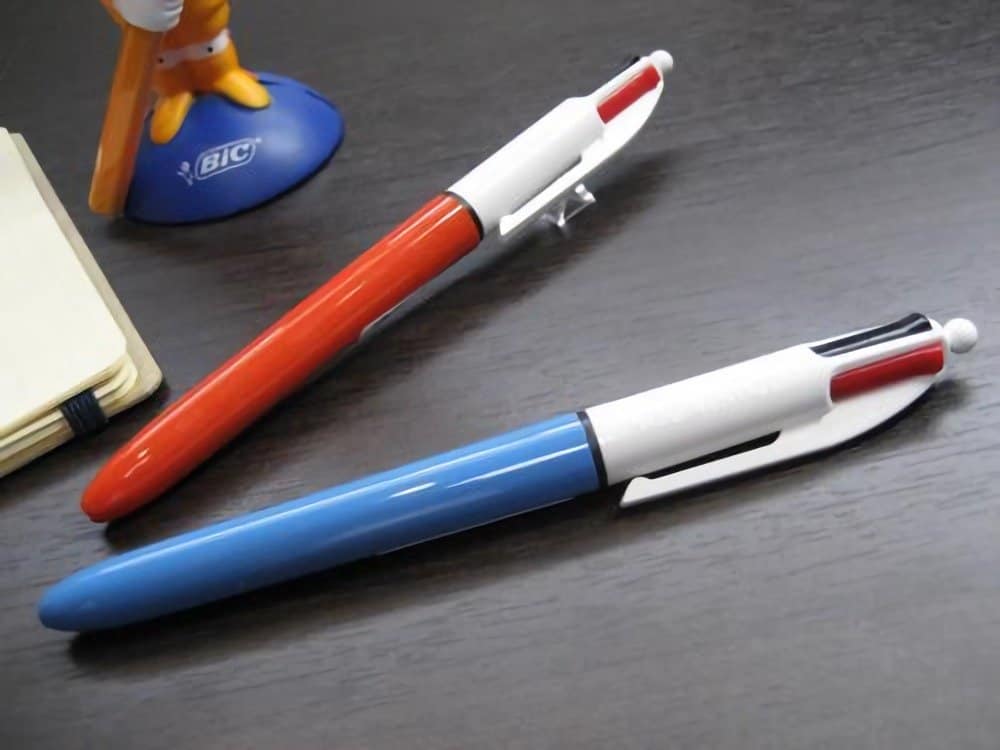 Though it is not quite frequently used these days, the 4-colour pen was introduced by BIC in 1970 and was quite famous back then. BIC pens were French inventions and became quite popular worldwide with it’s products. Not everyone understands the concept behind using the four colours, because it generally seems like these are just different coloured refills accommodated in one pen for convenience.

The idea of having four refills in one pen was quite a concept and those who found them useful were grateful for the invention. For people who work with multiple colours at work, this pen makes a lot of sense. The four colours in a pen was rather a great time saver for them.

Back in the late 50s and early 60s, unlike the fountain pens that allowed you to replace the ink whenever you wanted, ball point pens didn’t give that convenience. You either needed to have a bunch of colourful refills or pens handy.

If you are wondering why four colours, let us explain how these colours were usually segregated for different use.

There are many ways of utilizing these four , but irrespective of the initial designated purpose, these can be used however one wants. By far, having four in one pen has been the best invention for people who still love to put pen to paper.

How to Get Better Advice for Your Mental Health

6 comments on “The History of the 4-Colour Pen”