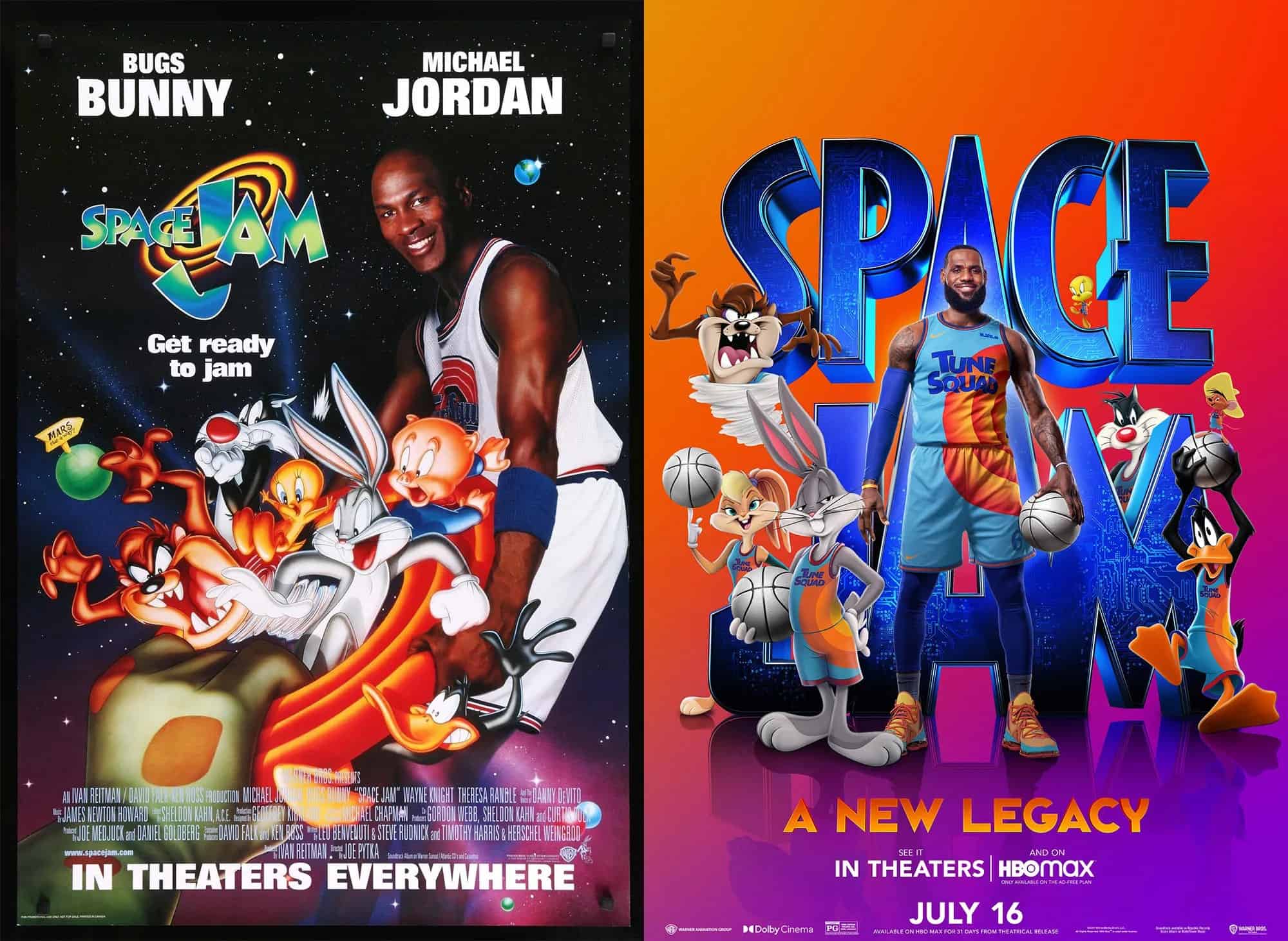 Long-standing concerns about whether LeBron James’ collaboration with the Looney Tunes in Space Jam: A New Legacy would live up to the standards set by the first Space Jam can now be fairly addressed. Although the original, starring Michael Jordan, didn’t exactly set box office records, it is still regarded by fans as a beloved cult classic of the 1990s.

The concept of putting Michael Jordan on the court with cartoon characters from the Looney Tunes universe proved to be an innovative one that was extremely well received by audiences. Although a sequel starring Jordan never materialized, Warner Bros. has finally produced a sequel to the original Space Jam film after years of speculation. LeBron James, not Michael Jordan, starred in the 2021 film, joining Bugs Bunny and the gang instead.

Akron’s Ohio Mansion, the residence of LeBron James, is one of the locations where the film was shot. LeBron grew up in Akron, and it is likely that portions of the film featuring a younger LeBron were shot there. Rubber and tire manufacturing are two of the city’s most prominent industries. King James Way, a city street, is named after LeBron, and the Akron Art Museum is a popular tourist destination. With sports betting soon to go live in Ohio, there will be even more to talk about as there will be plenty of Ohio sports betting apps available to fans.

For Space Jam 2, Warner Bros. promised something new, not just a reimagining of the original with CGI. From King Kong and Fred Flintstone to Batman and Robin and Iron Giant, A New Legacy expands the scope of Looney Tunes far beyond the Looney Tunes universe to include a wide range of Warner Bros. characters as game spectators.

Even uncommon names such as Space Ghost, Peter Potamus, and Jabberjaw were present in the crowd. In addition, the Tunes had to visit various Warner Bros. universes, including those of Austin Powers, Game of Thrones, and even Casablanca. It was a novel approach, but did it assist Space Jam: A New Legacy in becoming a superior film to its predecessor?

Space Jam: A New Legacy can’t solve the Michael Jordan vs. LeBron James basketball argument, but it did succeed in creating a new one: which actor is better? Despite winning a pair of regrettable awards for his performance in the sequel (Worst Actor and Worst Screen Couple at the 42nd Golden Raspberry Awards), James did demonstrate some degree of emotional depth as an actor, particularly in scenes with his character’s son, Dom, played by Cedric Joe.

Michael Jordan didn’t have the same opportunities because his goal in Space Jam was more about aiding the Tunes and the NBA players than it was about his own personal accomplishments. However, he also proved that he could carry a movie like Space Jam on his back. As with the larger debate over their basketball abilities, there is no clear answer here.

The Space Jam films used opposing explanations for the fusion of real life and the world of the Looney Tunes. In the 1996 film, Michael Jordan was sucked into an underground world where he discovered that Bugs Bunny and his friends were real and that their home was under attack by aliens.

The Server-verse, a concept introduced in A New Legacy, establishes that the Looney Tunes and other Warner Bros. worlds exist in a virtual reality owned by the studio. It appeared to be a justification for James teaming up with cartoon characters, yet it was unnecessary. Space Jam contains no realistic elements, which is not a problem. Yosemite Sam lassos Michael Jordan through a golf hole in the original movie and, though unrealistic, it didn’t stand out. While Sam’s antics weren’t always grounded in reason, the story still had a basketball theme and was a lot of fun.

LeBron James has some great Looney Tunes moments in Space Jam 2, despite the film’s poor reviews. The Looney Tunes and their wacky nature are embraced in a similar way to the first film, which is exactly what fans expect from an offering with characters like Bugs, Daffy, and Sylvester as its protagonists.

Nevertheless, it is stymied by the very concept that fueled most of the marketing. Critics who say Space Jam 2 feels like a commercial for Warner Bros. properties have a point, as a lot of the worlds visited in the film don’t really bring back memories for children.

While it’s not a bad movie, it won’t go down as a classic like the original Space Jam starring Michael Jordan.

How Can Using An HR Software Benefit Your Business? Here’s The Answer

6 Tips That Can Make Gaming Even More Fun