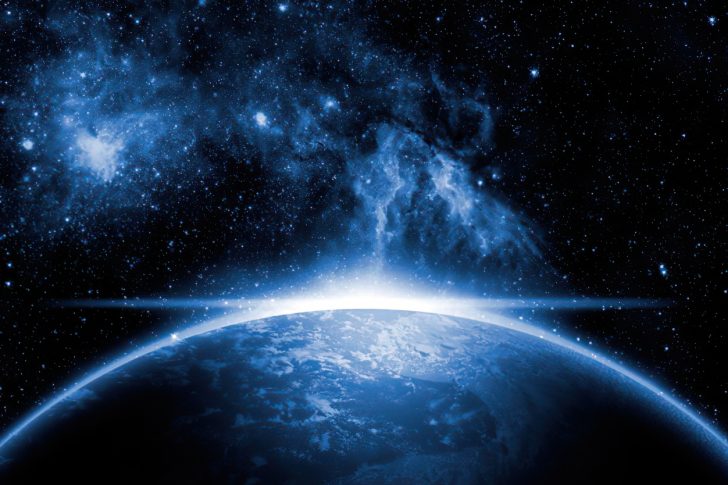 Why Everyone is Geeking Out Over These New Sci Fi Audiobooks

Few storytelling genres from the past hundred years have had such a far-reaching impact as sci fi. From blockbuster films to unforgettable audiobooks, sci fi has given us some of the twentieth century’s most memorable characters and stories.

When most people here the words “science fiction,” they probably think of fantastical adventures on far-away planets, filled with swashbuckling heroes, incredible technologies, and philosophical explorations of what it means to be human. And while these things continue to be the hallmarks of this popular genre, contemporary creators are pushing the boundaries of sci fi even further in audiobooks that are as inventive as they are thought-provoking.

If you love discovering new worlds and can’t get enough of the best sci fi, here are some fantastic titles well-worth geeking out about.

Far in the future, the last humans flee a dying planet and seek refuge in other galaxies. Searching for a planet that can replace a homeland lost to climate change and environmental destruction, they happen upon a new world terraformed by a scientist who left earth long ago. The creatures they discover in their new home, however, will leave listeners questioning what it actually means to be human.

With its timely plot and intriguing story, Children of Time is definitely one of the top 5 sci fi titles you have to hear on Audible Canada this year if you’re interested in audiobooks that don’t just entertain but enlighten.

One of the things sci fi does better than just about any other genre is create vast, sprawling universes where listeners can lose themselves hour after hour in immersive storytelling and audacious world-building. James S.A. Corey is one of the acknowledged masters of this style, and in Leviathan Wakes he offers listeners a journey into the future they will never forget.

Humanity may have colonized the solar system, but this has only created new tensions between the resource-rich outer planets and the centres of power on Earth and Mars. After Captain Jim Holden discovers a dangerous secret, he must unravel a conspiracy that could destroy the entire human race.

Listening to this first installment in Corey’s The Expanse series, fans of sci fi will remember why they fell in love with this genre in the first place!

For thousands of years, the Trojan War has inspired writers and poets who see in this quintessential struggle parallels to their own time. But in Ilium, a new audiobook from Dan Simmons, one of the most famous Greek myths becomes the inspiration from a mind-bending adventure that blends fantasy, mythology, and science fiction.

If you love the Homeric myths as much as you love experimental sci fi, Ilium is a must-listen.

From sleek spaceships gliding through starry voids to tense laser gun battles in lavish alien settings to outlandish and prophetic new technologies, twentieth century science fiction gave us plenty of memorable imaginaries. But if the big-name sci fi creators of the past twenty years are anything to go by, this genre has plenty more to offer us in the twenty-first.

If you want to escape from everyday life into galactic adventures that will fire the mind and stimulate your sense of wonder, check out the latest sci fi audiobooks from Audible.