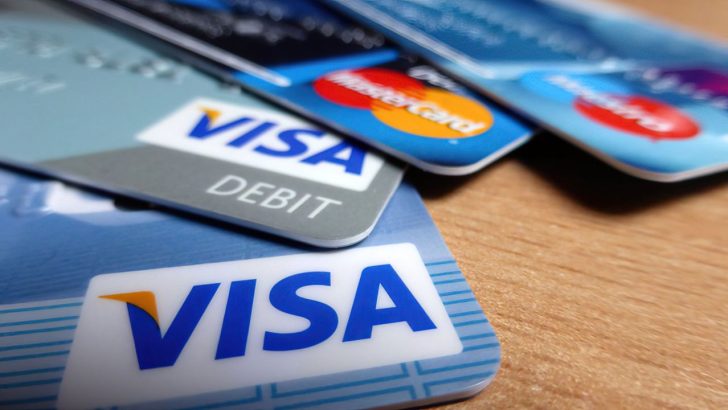 Is Personalizing Your Credit Card a Good Idea?

Being offered the chance to personalize your credit card may seem like an irresistible temptation. Why wouldn’t you want to see your sweet puppy’s face every time you buy groceries? Or have your family’s humorous holiday photo on plastic in your wallet as a pick-me-up? However, before you jump headfirst into card customization, ask yourself if this is a wise move.

Though it seems like bank card personalization couldn’t be a big deal, it can be—and is. In fact, you might be taking risks you never thought about, or at least making your life more annoying. While a secured credit card should be the top priority when shopping for a new card, you can think through how important personalization is to you. Below are a handful of reasons that adding a personal tone to a credit card could backfire.

Most people aren’t out to steal other people’s identities. Nonetheless, some are. They’re the ones you have to worry about if you’re going to customize a credit card. Even if all you do is pop a vacation selfie on your card, you could be giving away a lot of information.

Believe it or not, cyber criminals have the ability to find out a lot about you by your smiling face. Consider this: If a thief’s unsure if a social media profile is yours, they’ll know if they steal your card. One search and there you are! Plus, depending upon what’s in the background of your card, they might be able to find out your address. This can be done through performing a reverse image search or perusing Google Maps. After getting a hit, thieves may be able to tell more about the location of your photo. That way, they know your hometown and maybe even where you live.

Even if all you put on your card is your high school or college alma mater, watch out. Again, a person could figure out much more about you—and then use the information to open other cards.

A lot of credit cards come with the opportunity to personalize without additional fees.

Sometimes, credit card issuers offer free personalization to certain users. That’s fine and dandy because you won’t have to pay anything to upload a favorite photo. On the other hand, you might be asked to pony up a bit of dough to individualize your card. That’s not so superb.

Now, it might seem like a minimal amount is no big deal. Nevertheless, isn’t the point of your having credit to be a smart money manager? Aren’t you trying to stay on top of your finances and build your credit history? Spending money just to have a card featuring your preferred Disney Princess seems unimportant in the scheme of things. Unless you’re going to give up something to pay for your customized card, you should probably save your cash.

3. You could invite discussions you don’t want.

Consider you’re an introvert, or at least an individual who values your privacy. You like to have control over when and where you chat with people. How will you feel when someone tries to start a conversation just because you paid with a personalized credit card? As soon as consumers or cashiers see your personal card, they might use it as an opening to talk. And talk. And talk some more.

For instance, let’s say you have a card featuring a Star Wars character. The character has meaning for you. But will you want to explain that to complete strangers? Maybe not. If you think this doesn’t happen, guess again. You’d be surprised at how often people will strike up discussions based on something as small as a credit card. Some of those discussions could even be hostile, like if your card features a certain sports team.

4. You’re allowing a lot of folks to see pics of your kids.

Some parents feel kind of awkward about placing images of their children online. Even moms and dads on social media may not share pictures of their little ones. This makes sense: Again, the world can be a strange place, and not all people have good intentions.

If you’re not comfortable having your family members’ faces on the Internet, you shouldn’t put them on a card, either. Though you might believe you’re the only one who sees the card, you probably aren’t. Think about giving a card to a restaurant server, or handing it over to the appointment setter at your physician. These touchpoints happen regularly. Certainly, nothing bad will happen the vast majority of the time. Still, do you want to be the “one in a million”?

Did you know that card issuers can and do set up parameters regarding which types of pictures they accept? The photo you feel is innocent or no big deal could be denied by the issuer. While that probably won’t ruin your day, it might extend the time it takes you to get your card in the mail. That means you’ll have to wait a little longer—and with widespread USPS delays, that’s a drag.

Really, having to edit or evaluate images before you pay to have them placed on credit cards is wasted time. Unless you’re willing to scour through the card issuer’s fine print, you’re usually better off skipping the specialization. Instead, keep a photo of your family, buddies, hangout, or landscape in your wallet. And keep it separate from your credit cards.

Ultimately, the decision to customize your credit cards is up to you. Think carefully before making a final choice. What seems to be a no-brainer, or just fun, may actually put you (and your credit history) in harm’s way.