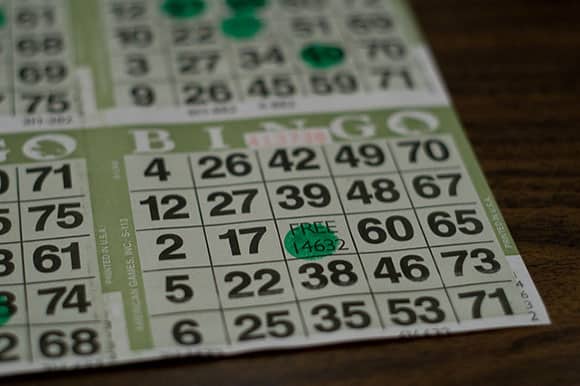 The Mathematics of Bingo and Some Practical Considerations

Bingo is usually depicted and perceived as a carefree, casual game. Players pick their cards and wait to see how many numbers on their card will be drawn and more importantly, whether a winning combination will be completed. And this principle remains the same, regardless whether you’re playing bingo online, or at your local bingo hall.

But the fact that bingo is fun and casual game for those who play it, it doesn’t mean that there isn’t a solid amount of maths behind it. Here we’re going to have a look at the mathematics of bingo.

First let’s get the basic bingo facts. The category of bingo games includes multiple variants of the game, including the two most prominent versions – 75-ball bingo and 90-ball bingo. The second is popular in the UK, whereas 75-ball bingo is most commonly played in North America. As the titles of both of these variants clearly indicate, the American variant features 75 numbers, whereas British bingo includes a total of 90 numbers.

The number of numbers gives us the number of possible calls, i.e. the range of numbers that can be drawn in a particular game of bingo. Cards in 90-ball bingo feature 15 numbers, and how many numbers can be drawn before that happens depends on the specific rules of the game. The more numbers are being drawn, the more likely it is for a Full House to be called. A Full House is the top prize in 90-ball bingo, and it is won when all numbers on a particular card have been drawn.

The number of possible combinations in this case, depends on the number of drawn balls, again, regardless whether you’re playing online or at a bingo hall. If we are talking probabilities, the first thing that should be noted is that in bingo repetition isn’t allowed, i.e. a number can be drawn only once and the order of how the numbers are drawn matters, so we’re permutations, not combinations.

There are countless possible winning combinations especially in 75-ball variants where there are multiple various winning combinations. In fact, if you go on to calculate the possible permutations you will get lost as there are simply too many. What can be said with a high degree of certainty is that there is some serious maths behind bingo, and everything is calculated so that the game is fair and random and yet the house is able to profit in the end.

Likelihood Of Winning In Online Bingo

Online bingo offers a lot of opportunities when it comes to variety of games that you can play, their specific rules but one important factor should always be taken into consideration – the number of players. Bear in mind that there are bingo games with a guaranteed prizes, so in that case your chances of winning the game will be greater if there are fewer players in the game.

For instance, let’s say that the bingo prize is £100 and there are 10 participants, all of whom have the same number of tickets. In that case, your chances of winning are one in ten, but if the number of players is increased to 20, then your chances to be would be on in twenty, which means that it would be twice less likely for you to win.

Online bingo games occur at all times, so the good thing is that you won’t have to wait too long before a game begins. However, depending on the time of the day and the day of the week, the frequency of players in a particular bingo room can vary. Take not of that and visit the room when there are fewer players, except in cases where the prize amount depends on the number of players. In those cases where the prize grows progressively with the number of sold tickets, your chances will be pretty much equal.

Originally published on August 16, 2019 in Gaming