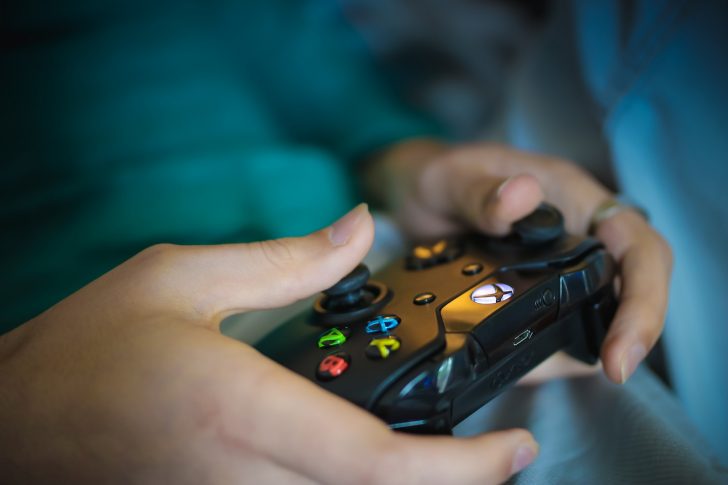 Trigger Warning: This article mentions abuse and depression, which may trigger some readers.

Everything I know, I learned from video games. Well, maybe not everything, but I learned many pearls as a gamer, some of which still ring true today.

I grew up in a New Jersey neighborhood just above the ghetto, in a single-parent household just above the poverty line. When I was in the 5th grade, my baby brother died, and I sank into depression.

Therapy was taboo among Latino families, so my parents took me to church to pray the depression out of me. It didn’t work. Video games were what kept me from sinking.

At age 11, my most prized possessions were my game systems. Each cartridge was like a salve, promising hours of distraction and stories as I took a repose from my chronic depression. (I didn’t know what it was called at the time.) I spent hours every weekend grinding away and engulfing myself in stories of space exploration and magical quests.

Each of these games taught me valuable lessons throughout the years. In my darkest days, video games gave me slivers of a brighter future.

Super Smash Brothers – Relating with Others

The original Super Smash Brothers for Nintendo 64 taught me we share a lot more in common with others than we think. In kicking each other off a platform and blasting into space, I found a connection with strangers that blossomed into friendships and an eventual brotherhood.

My social anxiety peaked in high school. I was socially awkward, overweight, and moody all the time. I remember meeting my best friend in Algebra class. He sat behind me and was a bit of a math whiz. I built up the courage to ask for help, and he reluctantly agreed. He invited me over for dinner.  I met his family and sat down at the opposite end of the table. His family was Polish. I had no idea how to connect with them or what to say.

Over dinner, the room was dead silent. We ate kielbasa in silence and felt everyone staring at me. My anxiety felt uncontrollable. When we finished, we sat around the couch to watch sports. I hated sports. I noticed they had a Nintendo 64 installed in the living room. I asked them if they mind if we played. After the first battle (I chose Link), my anxiety dampened enough to open up slightly. Imagined threats began to dissipate, and in time, I grew more and more comfortable. Phil, who played Captain Falcon, was an avid music lover. Matt, playing Samus, loved to write. Both of them became my brothers as we spent hours playing Smash Bros, board games, and Mario Kart.

EJ, who played Kirby, with whom I had even less in common at first, ended up being the best man at my wedding.

Star Ocean: The Second Story is a JRPG space opera set in the distant future where Earth has established colonies in space. This is one of my all-time favorite games for its adventure and story. You play as an entitled, slightly snobbish but well-intentioned Claude. He becomes mistaken for a hero of legend after landing on an unknown planet. While attempting to find his way back home, he joins Rena on an adventure to investigate the Energy Stone, an asteroid imbued with magic that transforms animals into beasts.

Star Ocean taught me to explore and take risks into the great unknown. It taught me to ask the question: “What other cultures exist outside of our own?”

In my Junior year of college, I worked as a work-study research assistant. I tried to fill my schedule with curricular activities as much as possible, but I still felt empty. One afternoon, a professor asked me to organize her bookshelf. I complied, silently cursing her out. As I finished organizing her mounds of books, a brochure slipped out and fell at my feet. It said, “Semester at Sea – See Hong Kong while you learn.” I threw it in her wastebasket.

Later that evening, I stayed late to finish an assignment. As the janitor waved hello and emptied wastebaskets, the same brochure fell out. He hadn’t noticed it and kept walking. I stared at the color picture of a Hong Kong skyline, bullet points stating a Summer Internship opportunity. I looked up the information and saw the price. No way I could afford it. Then towards the bottom, I saw the words “Scholarships available!” My mind began to race. The self-doubts came soon after. It felt like I was about to explore Expel in Star Ocean 2. Despite my hesitations, I filled out the application.

Lunar: Silver Star Story is a classic JRPG about a boy named Alex striving to be a Dragonmaster. The game has some of the best scores in an early 90s role-playing game and a great story that ages well. Do yourself a favor and google “Luna’s Boat Song.” You can thank me later. Lunar: Silver Star Story showed me the importance of self-discovery. It taught me that out of hardships and betrayals, a hero can rise from the ashes. There is a fire in all of us determined to shine and serve as a beacon for others.

Fast forward to the present. I’ve since moved out to California and continued to explore the world around me. I attended concerts, been on many hikes, and met people from all walks of life. Through these experiences, I learned more about my wants and desires. Still, underneath the adventures, depression lingered under the surface.

After months of debating and searching, I sought out a therapist. To make a long story short, I discovered I was sexually assaulted by a family member. It took months to come to grips with this. My depression came back with a vengeance. It was one of the lowest points in my life. After some intense sessions and heart-to-hearts with myself, I started to heal.

This article is meant to show you that even something like video games can help you make sense of the world.

If you have depression, don’t lose hope. Reach out to someone. There are many types of therapies available to help you. BetterHelp has thousands of licensed therapists that can guide you to more understanding and self-awareness.  For more information about therapy, read more here: https://www.betterhelp.com/advice/therapy/5-types-of-therapies-for-anxiety/.

The journey of 1,000 miles begins with the first step.