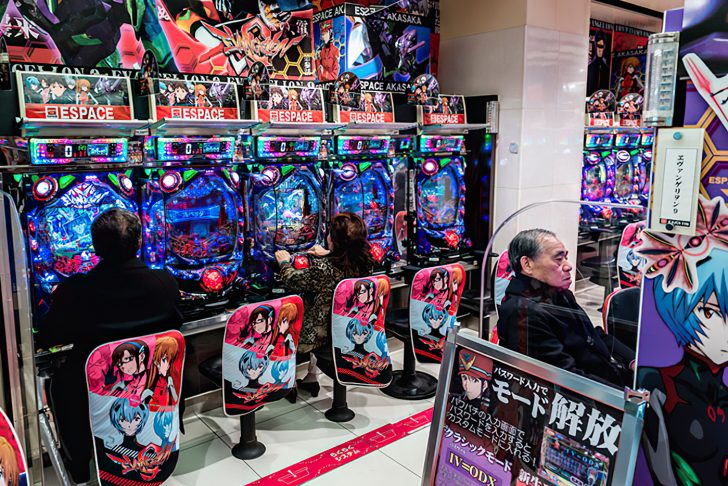 Online gambling has become the favourite pastime of millions of people around the world. That should not come as a surprise. Online casinos have plenty of tricks up their sleeves to attract customers so they can have fun.

Aside from cool bonuses, the range of games is nothing short of impressive. There’s something for everyone in online casinos, from classic online roulette wheels to anime-themed slots and beyond. The only problem is, they are not legal everywhere in the world.

Take Japan, for example. Online gambling is illegal in the Asian country. However, with millions of gambling fans, Japan has found a solution to it – pachinko parlours. These are Japan’s version of casinos that operate under strict laws and only feature pachislos (slots). You won’t find any casino games in these parlours.

Not that you need them. Pachinko games are quite popular these days and extremely fun, and they come in different shapes and sizes. If you’re from Japan and you love anime, here are the best anime-themed pachinko games you should try.

DD Fist of the North Star

Based on the popular anime series of the same name, DD Fist of the North Star is the top pachinko game. The machine’s look and feel have been completely adapted to the original anime and the jackpots make it even more popular.

The chance of you hitting one is 1/139, though, so be mindful of your bets.

Another popular anime-themed pachinko game, Terra Formars is also adapted from a comic series. It’s a great adventure game with all the comic’s protagonists appearing on-screen when you hit a win. The visuals and audio are impressive as well, making it quite a great game.

Japanese players love the game Persona. The role-playing game has over a dozen sequels and has entered every nook and cranny of Japanese pop-culture. Pachinko parlours hide several great games based on Persona and its sequels. This time, however, you won’t be using a controller to play the game – you’ll be tossing balls across the screen.

Can a list like this go without Street Fighter? The popular arcade fighting game has been adapted into a pachinko game among the most popular in Japan. Just like the console version, two fighters are duking it out for the top spot. However, the visuals and gameplay have been redone to fit pachinko machines, enabling a fresh experience.

Probably the most popular game in pachinko parlours, Hokuto no Ken takes you on an anime adventure with Kenshiro himself. Traverse through the Mad Max-inspired landscape and destroy everything standing in your way to win big. Kenshiro’s signature moves and the excellent sound effects will transport you to the unique world. Hokuto no Ken is perhaps the sole pachinko game that has stayed true to the series while adding new visual elements that allow for a unique experience. It’s a ride like none other.

Originally published on October 22, 2020 in Gaming