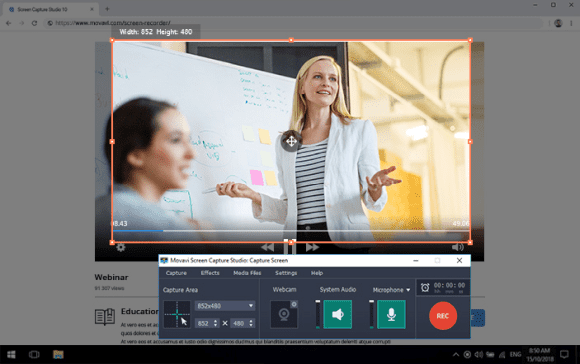 On the fifteenth of this month, Comcast-owned NBCUniversal’s streaming service Peacock will be launching in the United States, bringing a large lineup of shows, movies, and exclusive original content to streamers everywhere. This service is just the latest in what has been deemed “the streaming wars,” as the past six months have also seen the launch of three other major streaming services: WarnerMedia’s HBO Max, AppleTV+, and The Walt Disney Company’s Disney+. Adding to the ever-growing list of OTT platforms available, the novel coronavirus pandemic has only increased the demand for streaming services, as millions are remaining in their homes seeking entertainment and distraction.

Although an estimated 80% of Americans still have cable subscriptions, the halt in the production of new content caused by the COVID-19 pandemic has given OTT platforms a leg up on the competition. Compared with broadcasters whose new content will be exhausted by the time we get to the fall schedules, OTT platforms have the ability to leverage the value of their archives to maximize reach and ensure they are maintaining viewership. Companies such as OWNZONES — a SaaS company that provides cloud-based video supply chain solutions — are receiving an increasing number of queries from not only broadcasters, but theater chains, smaller studios, and other content owners looking to set up OTT services in order to ensure they are able to remain relevant in an increasingly digital world.

OTT stands for “over-the-top,” which was initially a reference to devices that go over a cable box to give users access to TV content. But as smart TVs become more prevalent, this is an increasingly outdated term.  Today, an OTT media service is any online content provider that offers streaming media as a standalone product. For this article’s purpose we are using it to refer to video-on-demand platforms, but it can also be used for audio streaming, messaging services, or internet-based voice calling solutions.

OTT services provide direct B2C, bypassing traditional media distribution channels such as telecommunication networks or cable television providers. No longer bound to a television set, anybody with an internet connection is able to have complete access to the service. Compatible hardware devices now also include mobile devices such as smartphones or tablets, personal computers via a desktop-based app or web browser, and digital media players such as gaming consoles.

The history of OTT and the streaming wars

The early aughts was when we saw the first instances of video-on-demand being introduced, but it wasn’t until 2007 that Netflix introduced their streaming service, initially only available on personal computers. They quickly expanded to gaming consoles, Blu-ray disc players, and TV set-top boxes, and soon after to tablets and other internet connected devices. Around this time, Hulu began streaming content from NBCUniversal, Disney, and FOX, and Amazon quickly followed with its own video-on-demand service available to its steadily growing number of Prime members.

Netflix, Hulu, and Amazon Prime. Together, for a time these three OTT services were the only streaming platforms available, and at less than ten dollars a month each it is easy to see how they were able to become rivals to broadcast television in less than a decade. Initially it was a win-win scenario for both parties, as streaming services licensed old television shows and movies no longer airing, and the television networks received a new source of revenue in licensing fees and also gained access to younger viewers. However, the explosion of popularity for these streaming services made the broadcasting companies realize they could be making more money by streaming the content they owned themselves, while Netflix in particular realized that their reliance on licensing content was one of their biggest weaknesses.

In response to this, Netflix began investing heavily in creating original content, spending as much as $13 billion in 2018, $15 billion in 2019, and is projected to spend as much as $26 billion by 2028. This brings us to today, where the established industry leaders like Netflix, Hulu, and Amazon Prime Video are facing growing competition from major new players in the industry such as HBO Max, Apple TV+, Peacock, and Quibi. In addition to this, there are an increasing number of smaller, niche-oriented streaming services like The Criterion Channel, Crunchyroll, and Shudder.

The plethora of options may have a downside though: in one recent survey, 47% of United States consumers said they were frustrated by the growing number of subscriptions and services required to watch what they want, and 57% said they were frustrated when content vanishes because rights to their favorite TV shows or movies had expired. In addition to this, 49% of consumers in the survey said the sheer amount of content available made it hard for them to choose what to watch, and 49% also give up on searching for content if they can’t find what they want to watch within a few minutes.

That being said, 25.3 million users in the United States to date have “cut the cord” and rely exclusively on streaming services for their content, whereas 86.5 million still subscribe to broadcast TV, meaning there is still a huge amount of growth available in the market.

The COVID-19 pandemic and the future of streaming

All of these factors have come to a head in 2020, as the novel coronavirus has completely changed the OTT landscape. All previous projections have been thrown out the window, as broadcasters and streaming services alike must navigate how to best move forward while balancing the evolving needs of their consumers with the glacial pace at which they are now able to produce new content. Whereas the streaming services with newer content such as Apple TV+, Quibi, and even Netflix may struggle to maintain momentum as their abilities to fulfill the need for newness dwindles, streaming services with deep troves of nostalgic viewing opportunities have a better opportunity to ride the wave. Disney+ has the ability to open their ever-lucrative Disney vault, capitalizing on the desire of parents to share in their own childhood memories, and HBO Max has in its repertoire some of the most popular and critically acclaimed television shows of all time such as “The Sopranos.”

Broadcasters should look to take a leaf from the books of these OTT platforms, as even if production were to start again at full capacity, with the delays the pandemic has caused they will still fall short of what is needed in the fall. Fortunately, the explosion of the industry over the past decade has also given rise to companies who have made it their mission to assist in the launching and managing of OTT services. OWNZONES itself initially started as an OTT platform before realizing the tools they had created for their own content could be greatly useful to others in the industry. Through their OWNZONES Discover service, content providers have the ability to quickly and inexpensively launch OTT services across every delivery platform, and their cloud-based OWNZONES Connect™ service can be utilized to ensure titles are safe and easy to access in the cloud.

As the world increasingly shifts and adapts to this “new normal,” the extreme measures that are being taken to try and prevent the coronavirus from spreading have caused unprecedented levels of isolation. As people remain at home, with nothing to do but watch TV, they are searching for content to distract them from the news, their confined quarters, the general feelings of disconnectedness and uncertainty. While industries around the world are taking hits because of social distancing, streaming is seeing a boom and is only likely to continue as we move further into the year. Thanks to the rapid evolution of OTT services over the past decade, viewers can take a small comfort from knowing that their favorite television shows and movies are only a click away.

How Mobile Apps Change Your Life