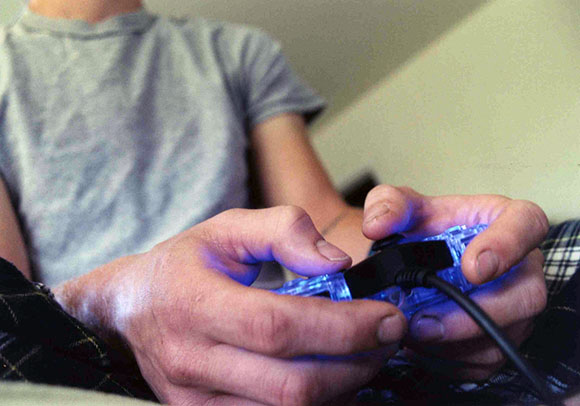 Video games provide an unforgettable experience to players with their story-telling and character developments. The Last of Us puts us in the shoes of Joel and Ellie as they traverse a post-apocalyptic world and learn to trust each other along the way Video game storytelling has delivered some of the most memorable moments in gaming history. With this in mind, there are several games that have tasked themselves with addressing mental health through their story.

These stories show vivid representations of mental illness and how they manifest both in characters and their actions. Mental health has been a growing concern in the U.S. and around the world. The stigma of mental illness is beginning to dissipate and more and more people are opening up about their mental health. Sites such as BetterHelp can put you in touch with hundreds of professional, licensed therapists. If you’re experiencing mental health issues and want to learn more, visit BetterHelp. For more reading on mental health, please see: https://www.betterhelp.com/advice/therapy/common-cognitive-behavioral-therapy-techniques-and-why-they-work/

With these winds of change blowing in a more hopeful direction, video games can help by creating stories that can represent mental health respectfully and give hope to people living with mental disorders.

These are 4 games that address Mental Health Topics and can help destigmatize mental illness.

Celeste is a 2D platforming game about Madeline, a girl determined to climb Celeste Mountain. As players advance in the game, at first upbeat and hopeful, Madeline begins to doubt herself and face bouts of anxiety and depression. Her anxiety manifests itself as a shadow clone of herself. While Madeline is upbeat and positive, her shadow is equal parts pessimistic and negative. There are levels you play as you ascend that Madeline’s shadow is constantly chasing you, sabotaging your progress and making you doubt yourself.

The game makes beautiful comparisons to the struggles of living with anxiety and depression. Celeste uses climbing a mountain to represent the uphill battle people living with anxiety have to climb. Madeline’s shadow represents our anxiety, self-doubt, and self-destructive behaviors.

Celeste provides a sobering but ultimately hopeful look at the challenges of how hard it is to live with anxiety, and also the importance of resilience and facing one’s own problems head-on.

That Dragon, Cancer is a game about grief and loss. It was created by Ryan Green and Amy Green as a means to process the death of their 5-year old son Joel’s struggle through cancer treatment. The game centers around Joel’s early years, providing some whimsical levels at first. The game turns bleaker as Joel’s cancer progresses. At the same time, the game gives the parents screen time to highlight how they process loss. While Amy turns to religion, Ryan questions his faith. The two come together and then break apart as their conflicting views of how to handle loss is a poignant testament to differences in which we acknowledge death and loss.

The game gives players a brutally honest experience about facing an enormous tragedy together and all of the feelings that come with it. That Dragon, Cancer asks many questions but provides few answers. The game exemplifies the immense frustrations and sorrow of losing a loved one and being left to figure out why everything happened.

This is less of a game and more of a confessional video of grief and coping with loss that will disarm you with its honesty and also give you tools to live with grief and depression. Within this experience created by the Greens, there is also the hope that even an incredibly devastating loss such as the one they felt, can be overcome with time.

Night In The Woods is a game about Mae, a 20-something-year-old cat that drops out of college and goes back to live in her hometown of Possum Springs.  Players get to experience daily interactions with Mae’s other anthropomorphic friends as they get into small-town hijinks and struggle with their own existential crises.

As the game advances, you learn that Mae may have a series of mental illnesses that may come from a history of family illness. She expresses negative self-talk when she’s in front of the mirror, and finds herself getting into acts of delinquency and refusing to grow up.

Night In The Woods is a simple game that accurately expresses the anxieties and concerns of young adults in a Midwest-inspired town facing joblessness and turmoil. The game doesn’t villainize mental disorders nor makes them a key theme of the game. Rather, the game treats mental health as a motif to further humanize each character and give them depth. Night In The Woods treats mental illness as a daily part of life, one that many players may relate to.

At surface level, Spec Ops: The Line resembles the myriad of first-person shooters where players are thrown into the heat of battle and take out the enemy with precision and cold calculation. Spec Ops: The Line goes much deeper than traditional war games and explores the damage that can be done to soldiers living through the atrocities of war.

You play as Captain Martin Walker, a soldier sent on a reconnaissance mission into Dubai after ex-soldier and fellow comrade John Konrad declares martial law and commits atrocities to its citizens. The game portrays Captain Walker as a soldier plagued by his actions, as he begins to see hallucinations as the game progresses.

Spec Ops: The Line takes a full 360 from traditional shooters and dares to explore the psyche after traumatic events and also subtly takes a jab at our desensitization of violence and treatment of soldiers returning from war. Spec Ops: The Line explores what people living with PTSD and Dissociative Disorder may feel and how these symptoms affect their fragmented view of reality.