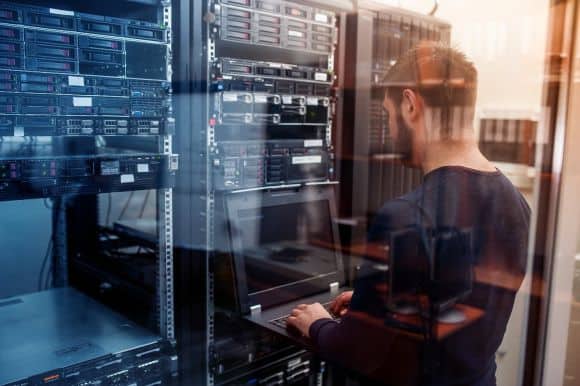 The choice of the operating system when looking for a VPS is essential. Generally, first and foremost, we deal with a choice between Windows and Linux. It should be mentioned right away that there is no better option between these two; we instead deal with two different paradigms with their own specificities, better for performing these tasks and worse for performing those tasks. There are many website owners for whom Linux is a better choice, and there are as well a lot who will benefit more from Windows OS.

With that in mind, we want to focus today on the benefits provided by only one of these operating systems, Windows OS, to provide you with a more complete picture of it.

What are the general differences between Windows OS and Linux OS?

Both Linux and Windows are widespread and popular operating systems used on millions of machines across the globe. However, they differ a lot in their origin, the way they are distributed and developed, and their product philosophy.

Linux is a free and open-source operating system, or a family of operating systems – distributions – based on the common kernel. Most Linux distributions are free of charge and developed by large communities of volunteer developers. For this reason, they offer a broad selection of distinct features and different interfaces. They are relatively stable and resistant to hacking attacks, making Linux a very wide server operating system.

Windows is a closed-source paid proprietary operating system known for being used on most personal computers. However, the server version is also a popular solution with numerous benefits. In the following section, we will have a closer look at them.

The advantages of Windows OS

Interface. The first thing you are likely to encounter whenever you compare Windows servers with Linux is the presence of a convenient and intuitive graphical interface together with a handy RDP protocol that will allow you to manage your server from anywhere in the world, which will make server management with this OS a lot easier, especially for beginners.

Software. Before making up your mind about the operating system for your web project, you have to figure out which software will be involved. If you are going to deal with Microsoft proprietary software, then it’s pretty clear which OS to choose. In particular, such solutions as MSSQL database and ASP.NET are Windows exclusive.

Support and documentation. Another pro of the Windows server is the availability of professional technical support dedicated to the solution of their customers’ problems which is accessible through the official channel round the clock, as well as vast technical documentation and other helpful information on each issue provided by the centralized and corporate nature of Microsoft.

Regular updates. The fact that a corporation runs the development of Windows OS provides us with regular and convenient updates, constantly improving the OS.

Features for system administrators. Windows Server also features various features that will come in handy for system administrators and corporations. For example, an active directory is an efficient tool for corporate networking, allowing interconnecting dozens of devices – PCs, servers, printers, etc – into a single network. Other useful tools include the folders management service and built-in applications that help set up authentification and access parameters.

To have a complete idea of what we deal with, let’s have a quick review of the drawback present in Windows Server:

Choosing the right operating system is important for the successful development of your online business. There is no one best OS, but different OS suit better for certain kinds of users and purposes. Windows is generally a good choice if the financial issue is not determined for you. Still, at the same time, you want to benefit from specific Windows features useful for corporations and want your server operating system to be easy to master, let alone the Windows exclusive applications that force you to opt for this system. If you have made up your mind about Windows VPS, check out this brilliant offer by HostZealot hosting provider offer. We hope that after this article, you know what Windows server is best for and whether it’s your option. Thank you for your attention; stay tuned!

How Do Pokies Work in Australia?