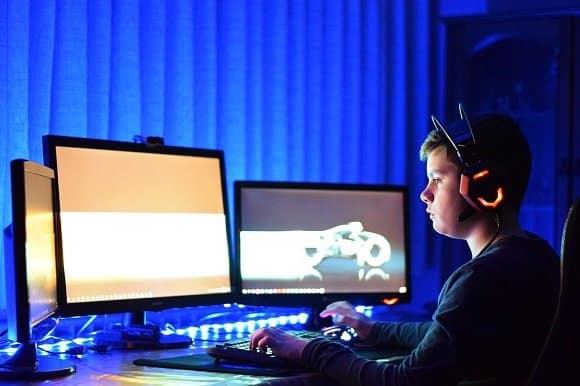 Do you remember the last time music made you cry? Chances are that you recall a scene from a movie that struck a chord.  Maybe you played a game with a brilliant score that coupled perfectly with its rising tensions. I’ll always have a soft spot for JRPGs and their ability to transcribe emotion into music.

Music can transport us to magical lands, clear our minds and soothe our worries. They also have the power to heighten our emotions, build tension, and process information more efficiently. Video game music is no exception. Some of the most influential musical compositions exist within video games’ backdrops. These aren’t limited to fantasy and role-playing games, either. Musical scores in first-person shooters and action games also fall in the category of brilliant music. Often, musical compositions reserved for blockbuster movies will also be in video games.

What does video game music have to do with Music Therapy? Lots.

Studies suggest video game music could help people with dyslexia or learning disabilities by developing cognitive functions and increases cognitive control. Music Therapy has also been seen to help children and adults with ADHD. Cognitive control describes a person’s balance between their actions and goals. Someone with proactive cognitive control means they have flexible approaches to completing their plans based on changing circumstances.

For example, a player who hacks and slashes his way through a game may find it hard to surpass a boss that attacks from a distance. A player with proactive cognitive control can adjust their strategy to a new fighting style to defeat the boss.

As video games begin to attract broader audiences, games are being developed to cater to players with mental health issues. Music Therapy is just one of the many types of therapies available at BetterHelp. BetterHelp provides Art Therapy, Cognitive Behavior Therapy, and a vast array of other treatments. If you’re considering seeking professional help, consider BetterHelp. For more information on different kinds of treatments, click here: https://www.betterhelp.com/advice/therapy/art-as-therapy-an-alternative-treatment/.

This article will look at the relationship between video game music and its therapeutic value benefits.

Video game music design is created with the game’s emotion in mind. Fast-paced games like Gears of War and Call of Duty heightens tension and suspense with ominous sound effects and hymn-like vocals that amps players up for upcoming shoot-outs. Slower-paced games like Animal Crossing and Minecraft will complement smooth gameplay with melodic tracks and gentle melodies to harmonize with its intentions.

Music is designed for video games to sell the entire experience. These games can help reduce stress and anxiety by focusing on a player’s overall enjoyment with serene soundtracks.

Similarly to reducing stress, video game music can help us remain focused and practice mindfulness as we play. Simulation games like Stardew Valley give players a chance to live out their farming dreams. Stardew Valley’s music mirrors this desire for peace and tranquility using twangy strings and slower BPM tracks. Here are more titles that help patients practice mindfulness.

We create memories when we play games. When we play a game, we build connections with the characters and react to them emotionally. Musical compositions can elicit the same feelings we felt when we first played our favorite games.

As time goes on, we may not remember exact moments from video games. But we remember how we felt when playing them. This is because music affects the limbic system. This is the part of the brain responsible for emotion and long-term memory. Studies have shown that patients with Alzheimer’s Disease and other forms of Dementia have felt temporary memory recovery. It’s theorized that music is stored in critical parts of our brains unaffected by the disease. Patients with Alzheimer’s who listen to music from their past may remember emotions associated with the music and recover some of their memories this way. There is still much to be learned about music’s effect on patients with Alzheimer’s Disease. Still, this discovery proves the power music has on our minds.

Here are just a few of the best composers in video games to grace their expertise onto video game soundtracks. Note that the games listed are their most popular, recognizable works and don’t capture their entire career.

Next time you play a video game, take a moment to listen to the music. You’ll start to see just how much more pleasant the gaming experience is with music.

Singleplayer vs Multiplayer: What is More Popular?