Rather than ship a stripped down version of Windows to European users, Microsoft has opted to go the “ballot” route.  The ballot screen in Windows 7 will offer information and download links to many IE rivals such as FireFox, Safari, Chrome, Opera and others. 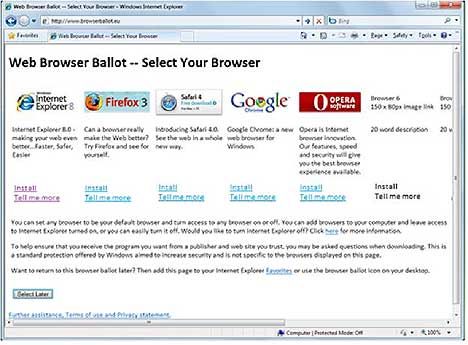 In the wake of last week’s developments, as well as continuing feedback on Windows 7 E that we have received from computer manufacturers and other business partners, I’m pleased to report that we will ship the same version of Windows 7 in Europe in October that we will ship in the rest of the world.   –David Heiner, Vice President and Deputy General Counsel for Microsoft

Originally published on August 3, 2009 in Software