How to Win a Hackathon

Picture this: It’s 1995, and a movie starring a bunch of wayward computer geeks who hack into a system to uncover a criminal masterplan hits the cinema. Ah, Hackers. For most it was not only their introduction to Angelina Jolie, but also their entry to the underground world of what hacking was. For most of us it, was a first look into the underground scene of computers and gaining access into systems illegally.

The word “hack” is seen as a derogatory term in the IT industry, usually meaning someone trying to gain access illegally into something, or a very shoddy way to hold an application together. ‘Hackathons’, on the other hand, are on the opposite scale of the spectrum.

What is a Hackathon?

For those not in the know, a Hackathon is a competition or event whereby people in the software development industry (be they designers, developers, project managers or user experience gurus) have a designated time period to create either software, solve a general problem using tech, or do something that will test their abilities within the software development world thinking outside the box.

Basically, it’s a fun way to challenge those in IT with a task that they will have to work together on in a designated time period. Sometimes there are cash prizes involved (this could be even big enough as $100,000), sometimes companies do it for fun to enhance their tech (how do you think the Like button on Facebook was created), and sometimes start-ups are even created from the ideas that are generated (Phonegap being one of them, and without knowing it you have probably come into contact with their framework on your smartphone in some way or another).

Now Hackathons come in quite a few variations, so the best thing to do in preparation for one is to ensure you know the score. Can we go in with prepared materials? What are the rules? How many members are we allowed in our team? All valid questions and something you definitely want to know beforehand. Preparation is key and knowing as much as you can about an event is a good way to ensure there aren’t any last minute surprises which could mean disaster for yourself and your team. 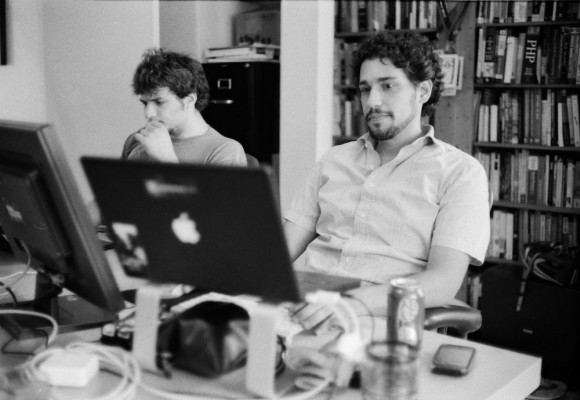 Some Hackathons are team events, so knowing your strengths and weaknesses are always a good thing to ensure your team is working at their optimum. Stick to your strengths, and also ensure there is a leader who is able to take the bull by the horns and everyone sticks to their decisions. The last thing you want is internal bickering about the best way to do something.

Agree on your game plan, and stick to it. If it’s too late and you have gone way too far down the rabbit hole, there is always next time, but try to ensure you have a team that has at least one member who has leadership qualities.

Should there be a presentation piece at the end of the event to show off your software, it always helps to have someone around who can sell ice to an Inuit. Just 24 hours to build something from scratch is a tough task to ask. Running on fumes and presenting your idea to a room, having someone who has a silver tongue can do wonders. It’s just an idea, but could help, but it may not work for everyone. Always have your strongest ‘seller’ presenting, as you never know who may be in the crowd looking for that next start-up idea.

Knowing everyone’s strengths on your team is also always good, so when it seems like you hit a wall, be there for each other, as times can get hairy with the stress of the time ticking away. But just let everyone know that doing their best is all that everyone can ask for.

Some Hackathons last for 48 hours, in which enough energy drinks and pizzas are consumed to power a small country. Give your team and yourself a test run a month before (not too close to the event as you don’t want to go in there burnt out), find a random task from the internet that you can use as a dummy run, don’t tell your team what it is and try to run the scenario as close to the events regulations as you can.

This way you can gauge what works, what doesn’t, how badly fatigue affects everyone, how having a diet of bad food and energy drink takes its toll, and will allow you to iron out any chinks in your armour.

At the end of the day, a Hackathon is a fun way to push you to do some extraordinary things with like-minded people. Of course everyone hates not winning at something they partake in, but there are quite a few events, and the network is growing. Jump onto a site like Hackathon.io, set yourself up a profile and mingle. Who knows, you may find some new team mates, and possibly even start your own thing with people who are doing the same thing. Everyone is doing it for a break from the norm, and for the rush of achieving the unachievable, sometimes in as short a time period as 24 hours.

Oh, and if you’re heading into the Hackathon arena, make sure you’ve updated your antivirus – you don’t want malware popping up during the event, or your computer hacked by Crash Override in the middle of the night…

Originally published on August 21, 2013 in Software