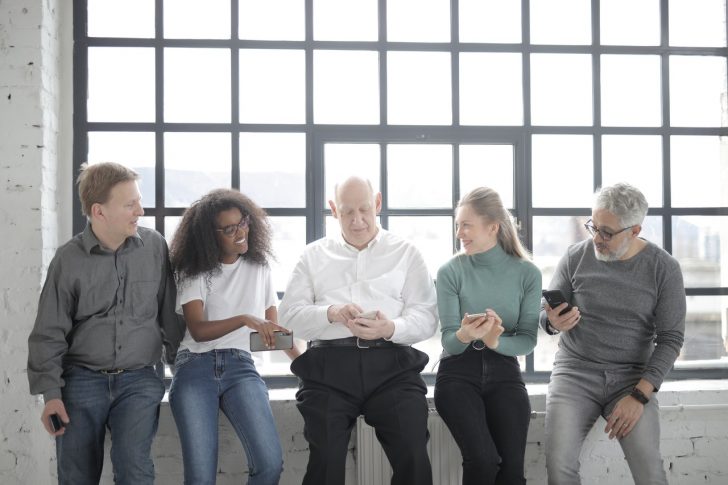 The adverse impacts of mental illness on the workplace can be easily underestimated, especially given how often the subject is already raised. According to OECD figures shared by City A.M., the UK alone yearly loses £94bn – about 4% of the country’s GDP – to mental illness.

That’s taking into account both direct and indirect costs of mental ill-health, such as work absences and hampered productivity. These statistics don’t even factor in physical health, another slice of the wellbeing pie. However, could workers be just an app download away from tackling wellness woes?

Workplaces encouraged to be proactive, not reactive

“The idea of promoting good mental health applies to everyone in the workplace, not just the people who are struggling.” Those words from the mental health campaigner and activist Rob Stephenson, as quoted by Raconteur, get to the heart of the workplace wellbeing problem.

Stephenson observes that budgets set aside for tackling it “usually go towards helping those who are suffering – which is morally the right thing to do – but I think it is just as important to focus on a move towards the thriving end of the mental health continuum.”

Undoubtedly one strong incentive for companies to make this switch is that mental health schemes prioritizing prevention can achieve much higher ROI than those which only come into play as a major issue is recognized. This is where encouraging staff to use wellbeing apps can prove beneficial.

What research says about the app remedy

Research conducted by Dr Antonia Dietmann from HM Courts & Tribunals Service in the UK reveals that encouraging workers in this way can bring various meaningful benefits. Those include improving feelings of health and wellbeing and job performance.

In presenting this research at a British Psychological Society conference, Dr Dietmann commented that “current evidence supporting links between meditation and increased wellbeing in the workplace have generally been based on clinical or non-working populations.”

Dr Dietmann’s study differed in recruiting 724 employees – all from the same large government agency – as volunteers before randomly allocating them between two groups. While each group filled in questionnaires before and after using an online meditation app, one group could use it immediately, while the other was told that they would face a delay before they could do likewise.

While the first group reported feeling much less stress after the study’s six-week duration, the second group indicated no change in this particular area. Referring to the app, Dr Dietmann enthused: “The fact that 80% of all participants recommended it and 60% intend to continue using it is a good indicator of its success.”

The word “proactive” can seem like a somewhat vague, fluffy term – perhaps leaving you unsure how your wellbeing improvement efforts can tick this particular box. However, it can be largely just a matter of which app you make available to your staff. You could, for example, visit https://www.lifeworks.com/uk/ to learn more about LifeWorks, a unified, total wellbeing solution.

Originally published on April 6, 2020 in Software