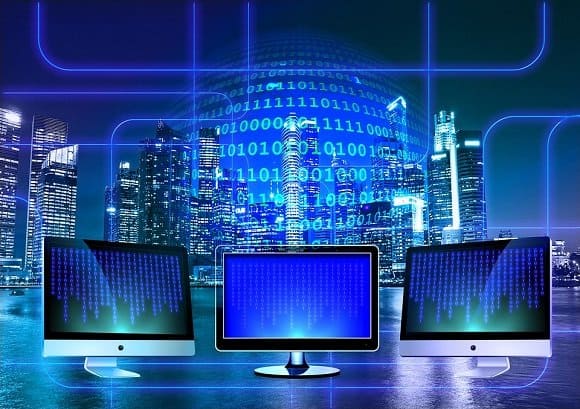 It wouldn’t be fat-fetched to state that internet service provision across the US is quite uneven. In some places, you get the fastest speeds imaginable to humankind. In others, you barely even receive a signal. For instance, if you happen to opt for a high-rise apartment in the Upper West Side of NYC, then chances are that you’ll be able to access 1000 Mbps speeds powered by the latest fiber technology. On the other hand, if you shift away from the cities to rural outskirts where wires can’t follow you, then you’d have to make do with a satellite internet connection, which has come a long way since its earlier days. Either way, this post will cover the top-ranking fiber and satellite internet service providers available to you in 2019 so you can know which ones to go for when the time comes.

Best Fiber ISPs to Go For

Let’s face it. Fiber technology is the epitome of all internet types. Unlike other services, it works in a peculiar way. Data packets travel in the form of light pulses through wires made of reinforced glass to reach your homes and vice versa. Given this operational sophistication, fiber technology doesn’t have a widespread prevalence. Instead, this internet service is limited to certain areas, and is predominantly found in the uber-advanced metropolises. However, one factor that outdoes its setup costs is the speed it delivers, which in most cases soars above 900 Mbps. There are many internet service providers in the telecom market that offer fiber plans, but the following are the best of the best. Let us learn more about them.

With a remarkable 70 out of 100 ACSI (American Customer Satisfaction Index) score, Verizon Fios steals the throne for the best customer care, consistent performance, affordable costs and crystal-clear billing. The highest download speeds offered in its fiber internet plans range between 100 Mbps to 1000 Mbps. No data caps are levied, meaning you can surf, stream, game and shop as much as you want in a month without incurring the provider’s wrath. The only downside to Verizon is that it caters the wonderful Fios service to only a handful of states & regions.

Covering 9,799 zip codes and 21 states, AT&T has the best fiber network coverage we’ve seen so far. It serves its customers promptly with a reliable tech support, and therefore, has acquired a 68 out of 100 score on the ASCI chart this year. One of the best things about AT&T is that it empowers you to build your own bundles, choosing from a wide range of TV channel selections and speed tiers. Speaking of speeds, its fiber internet plans offer up to 1 Gig downtime, which is kept in check with a 1TB monthly data cap. You do have the option to upgrade to unlimited data for $30/mon.

Hear ye, hear ye, Pacific Northwest residents. If you’re looking for the best fiber-optic network in your area, then go for Frontier FiOS, because other providers like AT&T and Verizon have next to zero presence along the West Coast. This ISP has a 54/100 ASCI score and speed tiers that build from 50 to 1000 Mbps. If you’re a fan of symmetry, then you’ll surely enjoy Frontier’s matching download and upload speeds. There are no contractual obligations and no data caps, but you will get a one year of Amazon Prime, free router and two-year price guarantee when you sign up with Frontier.

Best Satellite ISPs to Go For

If you’re a rural area resident and aren’t eligible for wired broadband provision, then you can stay on the grid with the help of satellite internet. This type of network connection beams signals wirelessly between the antenna erected on your roof and the outer-space satellite responsible for data transmission. Due to its cable-free nature, satellite internet does experience weather interference and a higher latency rate than others. However, due to the latest advancements in the field, better infrastructure and delivery mode has come into play and now satellite users can get speeds that even equate cable internet’s! The providers responsible for this service upgrade are:

‘Speed before all else’ seems to be the front line of this satellite internet provider, because it offers the fastest satellite speeds yet (climbing up to 100 Mbps) in its new plans. What’s the catch, though? Higher prices, lesser availability and ‘prioritized’ caps. Some areas get as low as 12 Mbps speeds even though the advertised number is much, much more. Not only that, Viasat locks your price in a two-year contract, saving you from occasional rate hikes, but at the same time, bumps your plan cost in the bill just after three months. Overall, Viasat is a recommended option if you’re going for satellite.

If there is one thing you can be sure of about HughesNet it’s that you can trust its standardized pricing and speeds, which may be less in comparison to Viasat, but are evenly distributed across its customer base. Besides that, HughesNet offer no hard data caps, but does experience occasional speed drops due to external factors.

So, if you’re wondering about the best fiber and satellite internet provider options for 2019, keep the aforementioned entries in mind and you’ll find it worthwhile.

Originally published on December 3, 2019 in Hardware