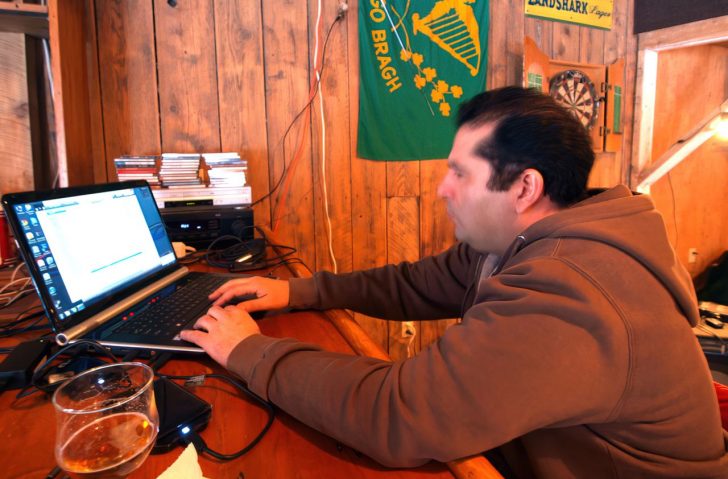 What Does It Take To Be A Computer Wiz?

In legends or fairy tales, a wizard is usually a bloke with a walking stick taller than themselves which does everything besides actually help them to walk. That is, despite the fact that many wizards are elderly and walk around as though they require motor assistance. They don’t, they’re pretentious like that. A ‘wizard’ is long for ‘wiz’ which is a totally less pretentious colloquialism, and when described as such, bestows you with powerful technological abilities some consider to be unnatural.

Why would I want to be a computer wiz?

The bigger question is, why wouldn’t you? A couple generations ago, computers were already everywhere, however not everyone could use them so aptly. Members of those previous generations who have developed the computer wizardry skill trait are now looked upon with the utmost respect from today’s youth – who seem to be given mobile phones from younger ages as the years go by. Soon enough they’ll just come out the womb with an android and a data plan.

Computers are literally everywhere. At home, at work, at school growing up (you, not the computers), in ATMs, on airplanes, in your cereal… they’re practically in your digestive system at this point because we consume that much content from them whether you actively use one or not. Becoming a computer wiz is now considered a life skill and being able to touch type is essential for explaining your reckless decisions whilst looking your victims in the eye at the same time. It’s 21st century multitasking at its finest.

Surprisingly enough, most people forget that including the ability to operate Microsoft Word and make a spreadsheet in your curriculum vitae may assist your application from being completely ignored. These are quintessential values that are often overlooked because they are now so frequent that people assume they aren’t worth noting. Newsflash, they are. Not everyone can make spreadsheets, let alone copy and paste without a hitch, so it’s worth bragging about. Which my father definitely won’t do, considering I have to teach him how to do it fortnightly. If you’re reading this dad, it’s CTRL+C, then CTRL+V. You have to hold both buttons, then let go afterwards. Oh, and you’re paying for takeout this weekend.

What skills does a computer wiz have?

Contrary to popular belief, not every computer wiz is a hacker, or knows how to code. I certainly don’t – I imagine it’s quite difficult until it isn’t. Although, learning some of the simpler tricks like pulling a bunny emoji out of a hat emoji will go a long way to make you seem like a professor despite being incapable of teaching what you just learned. It’s a start though.

The wizards of the computer variety typically know a little amount of what is required to do the tasks they use the computer for. There are of course millions, if not billions of functions of a computer, and most of the time, one’s use may only be limited to few or several programs on a daily basis. Typically related to work or leisure. This makes familiarizing yourself with the knowledge you need for the programs you want to use a lot simpler than looking at the whole picture of a computer and the Internet. No need to struggle with everything at once, and just ask a friend or relative to help with a couple basic things you want to learn, and go from there.

As aforementioned, there are shortcuts such as copying and pasting, and so much more. Once you have the basics down, there’s still so much more you can do so why settle for less? Limiting yourself to only navigating the web using a mouse is genius level stupid, and being able to use one hand on the mouse and another on the keyboard is a legendary skill that wizards regard in high esteem.

The connoisseurs of languages will love the shortcuts for fancy symbols and letters with accents, but some of the simpler ones will pave the way to making browsing much faster. To start you off, all the computer wizards love ALT+tab, but my personal favorite is definitely ALT+F4.