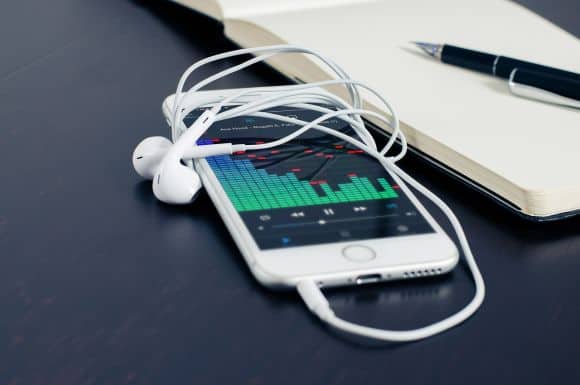 Music is, as the great Ludwig van Beethoven once described, “a dream.” Throughout the ages, the joy of music has delivered beauty to everyone’s ears. However, this does not mean that it had no room for improvement. With the ascension of technology and its many inventions, music was redecorated to look and sound the way we see and hear today. With that being said, here are the top 10 inventions that helped this wonderful art evolve.

Before Adolf Rickenbacker and George Beauchamp decided to create this iconic instrument back in the 1930s, musicians were becoming frustrated with the classical guitar. This is because it sounded very soft, thus having a limited contribution to the music produced by a band in many settings. By being cheap, loud and easy to play, the electric guitar changed the way music was being heard, especially when rock and roll exploded.

A singer’s voice is susceptible to cracking, especially if he caught a cold. Most people will not mind the occasional off-pitch singing, but they will prefer it to be pitch-perfect for the records. This invention is capable of improving the cracks and off-pitch notes, thus delivering near-perfect music to the audience. There are a number of artists who use Auto-Tune to exaggerate their performances, with artists like T-Pain and Kanye West being the most popular. These artists have reimagined music changing the way it is being heard today.

At first, synthesizers were designed with ambitions of replacing orchestras, and they were huge and expensive. But with time, the costs reduced and technology-enhanced the invention. Synthesizers offer a range of sounds that make it possible to write music without a single instrument. They also bring new and experimental sounds and sample packs, such as trap samples that are very popular today. The synthesizer wizards at Samplified explain that when you are shopping for trap sample packs, it is always better to select high-quality samples that will make you sound like a professional music producer. This is because it will reduce the processing you will need to undertake when you are mixing.

The turntable originally started as a playback device. Though, DJs quickly saw its potential and began using it as a way to offer their unique interpretations of existing recordings. This has given the music a whole new sound that did not exist prior to the invention.

In many songs, we can hear this invention being put to use. Effects pedals started by introducing unusual sounds to the music world, bringing sounds like distortion, reverb, and echo to studio records. At a later time, a portable unit was developed for live performance.

In the beginning, producing music had a number of constraints because of all of the elements that needed to be recorded together. Today, studios can record each element separately, and then assemble them at any other time with the use of editing.

A MIDI, Musical Instrument Digital Interface, is arguably one of the most important inventions that have impacted music. They allow musicians to attach multiple electronic instruments, and then play them all simultaneously. When they were first developed, MIDI-enabled devices and synthesizers were game-changers, setting the way for genres like house music to grow.

Not so long ago, solo artists had to be joined by an ensemble if they wanted to perform live. This has led the performers to face a lot of challenges, including “scheduling conflict” as the hardest. However, this invention helped by replacing entire bands with loop pedal devices. With just a push of a button, musicians can be now present on stage with their guitars only, and they perform as if there is a whole band joining.

Perhaps the biggest contribution to music’s evolution was the digital streaming software. It allows people to access their music at all times using apps like Spotify. This invention removed all barriers to the music industry and allowed music to continuously evolve.

The revolutionary invention of digital software guarantees the accessibility of high quality for music producers of different abilities. With programs like Logic and Protools, or their more modest counterpart Garageband, many of today’s artists started their careers using these types of digital software. They are inexpensive to obtain and can work from anywhere, even your bedroom.

All in all, these 10 inventions offer boundless opportunities for existing musicians and those who are yet to become. With things like digital software, synthesizers, and samples, the music producing plays field has been leveled, and artists can initiate their careers from their bedrooms. Each of these inventions is priceless, as they continue to push music forward to unprecedented heights.