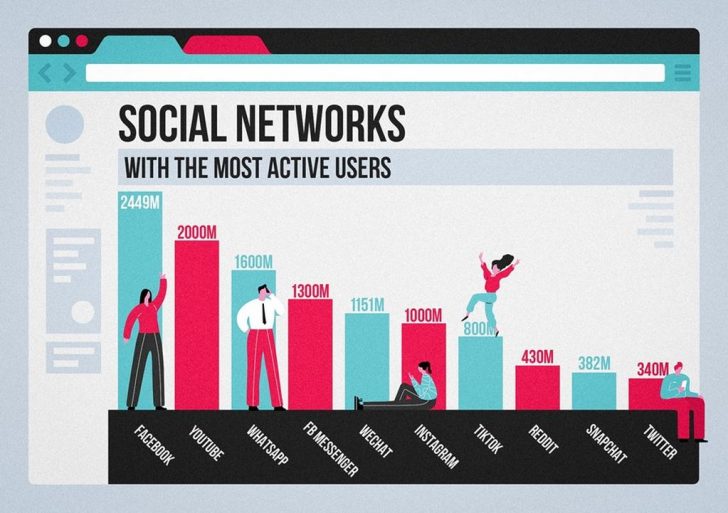 The Incredible Growth of TikTok

Today, odds are you get your daily dose of entertainment through the computer and mobile phone more than a television screen. With the help of apps, streaming services, and the internet, people find themselves spending less time in front of the television. Instead of regularly scheduled programming, people prefer watching their shows at their own convenience. No schedules, no waiting – now you can stream anything you want at the press of a button.

A Change in Scenery

This shift in the media has also caused a change in the people providing our entertainment. Because of the internet, shows no longer require actors to create content. Even ordinary people can record themselves and upload them for the entire world to see. These create viral stars – everyday civilians who gathered a following through their work. All you need is the right idea, the right crowd, and the right platform to showcase your work.

TikTok for instance is a video sharing app that has created tons of hilarious moments over the past few years. It is one of the many platforms on the internet where people can upload their videos. With over 800 million users viewing content daily – according to a recent survey by Betway – you can be sure that your video will have eyes on it as soon as you upload.

While many use platforms like TikTok to try to break into the limelight, these apps have other uses as well. For celebrities and public figures, TikTok can be a great way to provide additional content for their fan base. It could be as simple as making a video of them doing everyday chores like cooking or shopping. Their main goal is to keep themselves relevant in the eyes of the public. For those who currently do not have a movie out or a television show, having an active internet presence can keep them in the conversation. This can help them land roles, as well as create more fans for their work.

However, it does not stop there. TikTok is not only for celebrities trying to promote their brand. Even sports figures are joining in the fun. Athletes often post videos of their workouts and training regimen for their followers. This gives their followers an in-depth look at what happens in closed doors. It also gives athletes a chance to show that they are capable of more than their sport.

Following these sports figures can also be a great way to increase your knowledge on their upcoming performance. Instead of simply relying on rumors, you can see for yourself what is happening with your favorite athletes.

By following them closely, you can create an informed decision when it comes to predicting the outcomes of games. Following these athletes can show you recovery periods from injuries, their training and performance, as well as morale on the team. This gives you an easier time making decisions, while also having an edge over the competition who only rely on official statistics and guesses.